America Must Destroy IS...But How? 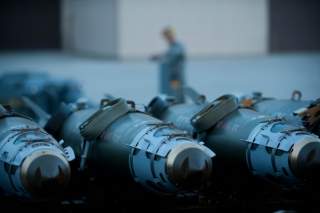 Critics of President Obama’s foreign policy have not missed the opportunity to accuse his administration of indecisiveness in its handling of the ongoing Iraq crisis, disparaging the recent bombing campaign against the Islamic State’s (IS) forces pitted against Iraq’s Kurdish militias (the peshmerga) as “too little, too late.” While avoiding half-measures and gradual escalation is a longstanding (and often sensible) military precept, a more fundamental principle is having a clear and realistic plan linking military means and desired political goals. Advocates of the use of airpower in Iraq on a much larger scale (possibly coupled with the deployments of U.S. troops) have failed to explain how this would decisively weaken IS and thus further U.S. national security.

IS is a battle-hardened, skilled and well-armed force, capable of seamlessly operating along the spectrum between all-out quasiconventional offensives, hit-and-run attacks and terrorism. The limited U.S. bombing campaign has so far proven effective in stemming the tide of IS’ onslaught against Iraqi Kurdistan. The United States should continue its efforts to provide airpower support to and arm the peshmerga, which promises to achieve the important goals of mitigating the ongoing humanitarian crisis, reassuring the Kurdistan Regional Government (a steadfast U.S. ally in the region) and eventually reversing the insurgents’ strides into Kurdish inhabited areas. However, a sustained bombing campaign (even if taking place in coordination with U.S. Special Forces and the peshmerga on the ground) could not inflict a decisive blow to the jihadists. IS would “adapt” to the U.S. intervention by switching back to the kind of guerrilla tactics in which it proved so proficient in the past (just as the Taliban did after its early defeat in 2001). Given the support that they enjoy among vast segments of Iraq’s Sunni Arab population, IS and other insurgent groups could sustain a high-intensity guerrilla campaign in Iraq for a long period of time.

Obama wisely resisted demands for airpower intervention in support of Iraqi Security Forces in June, when IS seemed poised to launch an offensive on Baghdad, noting that U.S. airstrikes would have taken pressure off of Iraqi Prime Minister Nouri al-Maliki, thus removing any incentive he may have had to reach out to the disgruntled Sunni minority. Obama should similarly resist the temptation to reenact the Afghanistan and Libya “model” in Iraq, i.e. providing close airpower support to reinvigorated Kurdish infantry, so as to roll back IS’ gains of the past few months in Sunni areas. As those two interventions make clear, this approach is likely to be successful in the short-run but will not bring about a lasting solution to Iraq’s crisis. In fact, such an intervention risks playing into the hands of IS: after the conventional phase of the fight, the peshmerga and Iraqi Security Forces would inevitably be engaged in challenging “pacification” and counterinsurgency efforts in the Sunni heartlands, which would stock Sunni resentment and the ethnosectarian tensions off of which IS feeds.

The only way to defeat IS would be for moderate Sunni groups and tribes to turn against it, as the “Anbar Awakening” defeated Al Qaeda in Iraq in 2006-07. Credible guarantees of a far-reaching power-sharing system (in which Sunnis are no longer second-class citizens) could create a wedge between the different elements of the Sunni insurgency—the transnational Jihadi and the more secular, homegrown components related to the Baath party—given that what keeps them together is opposition to a Shia-dominated government. While Maliki’s stepping down is a welcome development, Iraq’s ethnosectarian problems extend beyond Maliki. Shia political leaders need to make painful concessions, which are likely to be forthcoming only if the alternative is even gloomier. The United States can exercise significant diplomatic pressure (as it has been doing) in this direction, but the Shia elites’ perception of the urgency of the situation is likely to be affected by IS’ battlefield successes. Even if tactically effective, a U.S. bombing campaign to roll back IS would risk foreclosing the only opportunity (albeit small) for a political solution to Iraq’s crisis. There is no doubt that America must destroy IS; the key question, however, is how that objective can be achieved. U.S. air power can help contain the threat, but inflicting the decisive blow will require the cooperation of Iraq’s Sunnis, which should be the driving concern for any decision on further U.S. military involvement.

Costantino Pischedda is a PhD Canidate in Political Science/IR at Columbia University.