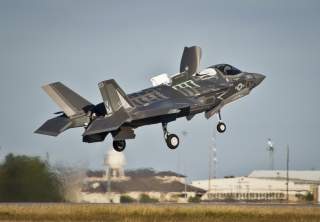 AMERICA’S MILITARY preeminence is eroding. As the Pentagon and defense experts are becoming increasingly fervent in insisting, there are growing challenges to the dominance of America’s armed forces. The chief culprit behind this trend is the exertion of potential U.S. adversaries, which have—in the phrase one so often hears from defense officials and military officers—“gone to school” on U.S. military technology and the contemporary American “way of war.” And they have made a good deal of progress in preparing to counter it.

China and Russia are the two major powers with which the United States might most plausibly come to blows, and both have undertaken ambitious and sophisticated military buildups specifically designed to undermine American advantages. Both took note of the awing prowess of the U.S. military machine in the Persian Gulf War and the other regional wars of the post–Cold War era. China’s resolve to narrow and eventually negate America’s edge in armed might and the coercive leverage it provided was especially spurred by the Taiwan Straits Crisis of 1995–1996; Russia’s, meanwhile, was catalyzed by the Kosovo conflict of 1999 and accelerated starting with the Georgian War of 2008. Both countries’ buildups are increasingly challenging the U.S. military’s ability to project decisive power into the Western Pacific and Eastern Europe.

At the same time, it is not only Washington’s major-power adversaries that are beginning to pose more severe problems for America’s military ascendancy. North Korea is acquiring nuclear weapons and the means to deliver them. And a range of other lesser actors, including Iran, are exploiting the increasingly accessible technologies and techniques often lumped together under the rubric of the “Revolution in Military Affairs” to seek to complicate and hobble effective American and allied power projection.

Meanwhile, the United States has been sluggish in responding to these trends—the result of a stultifying brew of budget cuts and restrictions as well as, perhaps more importantly, a stubborn unwillingness of the American political system to face the uncomfortable reality that there are indeed intensifying challenges to American military preeminence, and that such challenges require making difficult and even distasteful choices. To stay ahead, Washington will need to shift decisively to building a military designed as carefully to overcome these opponents as they design their armed forces to defeat America’s. Washington will also need to use the U.S. military more strategically to ensure its resources are not frittered away.

Yet even such changes, which to date are only faintly in evidence, are unlikely to be so effective as to recreate the uniquely favorable military advantages of the “unipolar era.” The competitors the United States is likely to face in the future are going to be wealthier and stronger than those it faced in the period of uncontested American hegemony, and these potential opponents also appear resolved to use the substantial resources at their command to undermine and, in some respects, perhaps even overtake the American military lead. China and Russia in particular are simply richer and more powerful than they were in the 1990s and seem determined, even in the face of economic difficulties, to continue investing in strengthening their armed forces in ways designed to challenge American military primacy.

Moreover, technology, the elixir of modern military strength, is much more accessible and widespread today than it was in the past. One of the cardinal principles of the successful Second Offset Strategy of the 1970s and 1980s that produced the peerless American military of the 1990s and 2000s was that the United States was home to much of the world’s technological innovation and that it could control the spread and exploitation of that technology, at least from a military point of view. But it is much harder to hoard technology today than it was in the 1970s and, while the United States continues to be the world’s leading center of technological research and development, that lead has shrunk considerably since the 1970s.

YET THESE sobering realities should not—cannot—be cause for passivity or despair. In the first place, American military preeminence remains a great good, one to be retained if at all feasible. As in the past, a United States that is uniquely powerful is also one uniquely able to use its prodigious influence to defend the international liberal order, to pacify competition and arbitrate conflict, and to draw others towards our example. An America that can wield military power decisively and confidently on its own terms is also, unsurprisingly, one more ready to do so; but a Washington that can prevail only at greater risk and cost is likely to be a more cautious actor. Such a diminution of American military might could not but tempt revisionist powers to seek to weaken or even upend regional liberal orders that Washington has labored so mightily and for so long to construct and protect.

Second, even diminished military advantages will still afford Washington with important coercive leverage. This leverage may, moreover, be sufficient even if it is more modest than what the United States and its allies could once summon. Thus, U.S. and allied efforts to retain even a narrowed degree of military superiority will be crucial, as such advantage will continue to bolster the power, credibility and flexibility of the policy of the United States and its allies; help to balance and deter powers like China and Russia; and overawe smaller threatening states like North Korea and Iran. Even a less dominant but still very strong America will remain a dauntingly intimidating force to its adversaries and a reassuring one to its allies, partners and well-wishers, and thus will be best positioned to continue playing the stabilizing primate role it has exercised since the end of the Second World War. In the absence of hegemony, in other words, primacy may be enough.

BUT THESE realities do mean that the United States is unlikely to hold on to the degree of military advantage that it once enjoyed. And the loss of this measure of superiority in turn will entail that Washington’s ability to dictate the terms of conflict in the way it once did, particularly against the likes of China or Russia, will also diminish. As a consequence, the United States will in its defense strategy and planning have to prepare to grapple with potential adversaries that can make it significantly more difficult, costly and risky for Washington to prevail and whose demands will have to be reckoned with as the price of restraining the scope and the intensity of the conflict.

In particular, China and Russia will have to be dealt with more seriously and carefully. This is true not simply because they will wield more formidable conventional militaries brandishing weapons such as highly accurate antiship ballistic and cruise missiles, increasingly powerful antisatellite missiles and jammers, and quieter and more lethal submarines, all handled by better trained and professionalized military personnel. Rather, Moscow and Beijing—and possibly Pyongyang, albeit to a markedly narrower and lesser degree—will demand such U.S. attention because they are increasingly able to couple their stronger conventional forces with survivable and diversified nuclear forces, arsenals that are very likely able to withstand U.S. attempts to destroy them, that offer at least some ability to be employed in tailored and iterated fashion, and that are capable of striking at the American homeland with catastrophic result. Consequently, these adversaries will have the ability to take on Washington over disputes close at home for them but far distant from U.S. shores while being able to do the gravest kind of harm. And that will be true no matter what military steps the United States takes.

In other words, the United States may be able to retain advantages, perhaps very great ones, in the ability to exploit or deal with escalation against China or Russia, but it will not be able to fully control the war. In the parlance of strategy, Washington will not have that degree of escalation dominance against these opponents that once would have allowed it to comfortably and confidently dictate the terms of conflict and to prevail while doing so. Military primacy will look different than military hegemony. At the very least, it will be much more dangerous and uncomfortable.

WHAT, THEN, is the defense strategy that can sustain America’s grand strategy of protecting its allies and the liberal order in an era in which Washington will no longer so easily dominate? If Washington wishes to continue to play its stabilizing role, then it must protect those within its orbit (in concert with its allies, of course). And that means it must be willing and able to deter well on behalf of its allies and partners. But how can the United States sensibly and credibly claim to do so without being able to dominate its most formidable potential foes?

This question will only become more pointed for Washington and its allies as the margin of American military superiority diminishes. For the U.S. pledge to make war and make it effectively on behalf of its far-flung allies and interests is the strategic pillar of the modern liberal order, and the pledge must be believed if it is to be influential. The United States must be able to give some sense of how it can make war against opponents who can contest U.S. military superiority in their regions and also wreak great damage on the American homeland, and how it can make such war in a way that the costs and risks of the conflict would in some reasonable sense be correlated with the gravity of the interest at stake. The United States must provide some decent answer, in other words, to the question of how it would plan to go to war for far-flung allies in Eastern Europe and the Western Pacific against the likes of Russia and China and do so in ways that would not foolishly court destruction or defeat. In blunter terms, the United States must be able to explain how it can make war in a sensible or rational way in light of the evident truism that, as Henry Kissinger is supposed to have put it, great powers do not commit suicide for allies. Without a reasonable answer to this problem, the believability of U.S. assurances that it will come to its allies and clients’ aid in extremis will surely decline, with heavy repercussions for U.S. interests and those of its allies.