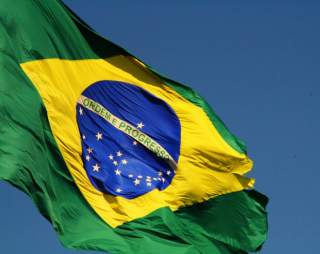 BRAZIL IS on the move. Its economic strength over the past decade has provided the primary means for it to develop long-standing ambitions for a larger global-leadership stake—a path that U.S. policy makers have encouraged for many years, presuming that a stronger, democratic Brazil more actively engaged globally would be a natural ally for the United States. In so doing, however, it has pursued a foreign policy independent of Washington, leading at times to misunderstandings and dashed hopes. This was in evidence even before the revelations of National Security Agency contractor Edward Snowden in 2013 temporarily froze bilateral relations. Over the past two years, growth has slowed in Brazil and in other nations with which Brazil maintains significant economic links, while the U.S. economy has been on a long march to recovery. With the late 2014 reelection of President Dilma Rousseff on a platform focused on addressing the unmet economic expectations of a rising middle class, a framework now exists to improve relations between the two countries when Rousseff travels to Washington at the end of June. Still, getting relations back on track will require a more realistic understanding of Brazil’s aspirations and worldview. The United States must move beyond the vague notions of partnership and romantic assumptions of shared interests that traditionally frame its thinking.

Since it gained its independence from Portugal in 1822, Brazil has considered itself a natural claimant to at least a slice of global leadership, along with other continent-sized nations and large democracies. Brazilian leaders, particularly officials responsible for foreign policy, have been greatly frustrated that, despite a demonstrated willingness to be a responsible member of global-governance institutions, Brazilian aspirations have neither been officially recognized nor rewarded by those countries that established the existing global political and economic framework. The nation actively fought with the Allies in World War I, particularly in support of naval operations; in World War II, it sent troops to Italy and also served as a critical staging area for U.S. forces in North Africa and Europe. These were politically difficult actions to take in both instances, given significant domestic opposition and the lack of a direct threat to the Brazilian homeland, and they contributed to a sense of frustration among Brazilian elites when the nation was not rewarded with membership on the permanent executive committees of either the League of Nations or the United Nations.

Nonetheless, the realities of being a developing nation meant that such ambitions would remain only aspirations until Brazilian political, economic and military strength increased relative to those who had established the postwar international system. For the remainder of the twentieth century, a highly professional and effective diplomatic corps promoted Brazil’s case for enhanced global leadership through the use of soft power and moral suasion, always within the confines of the existing global order.1 In the modern era, Brazil has worked effectively for many years within international institutions such as the UN, the General Agreement on Tariffs and Trade and its successor the World Trade Organization (WTO), the World Bank, the International Monetary Fund (IMF) and others. It has done so even without formal leadership roles by positioning itself as a voice for developing nations and a counterpoint to the agenda of the developed nations whenever the two were perceived to conflict. This strategy has several benefits. It promotes Brazilian interests without generally putting Brazil in direct opposition to those managing the institutions of global governance; it establishes Brazil as a leader among developing nations while providing enhanced political and economic access for Brazil across the developing world; it builds goodwill and support for Brazilian ambitions to join the UN Security Council as a permanent member; and it allows Brazil to play an active, informal role in global affairs and influence geopolitics and economics without the need to bear the commensurate costs that global leadership entails.

From a regional perspective, the traditional priority of Brazilian strategists has been to build a sphere of influence, first within South America and then more broadly. Key to this vision is maintenance of a sound relationship with Argentina. This is Brazil’s primary strategic touchstone, providing the rationale for creation of Mercosur (the Common Market of the South) in 1991. Mercosur, in turn, has served as the main vehicle for Brazilian aspirations to build out its self-identified regional sphere of influence.2 Simultaneously, Brazil works within regional groupings such as the Organization of American States (OAS) and the Inter-American Development Bank when Brasília determines it to be in its interests to do so.

The same is true in terms of bilateral relations with the United States. Over the years Brazil has proven to be adept at working with Washington whenever convenient, while keeping its overall strategic vision of building global and regional influence firmly in mind. In recent years, Brazil and the United States have collaborated to keep peace on the border between Ecuador and Peru, and to implement UN Security Council resolutions in Haiti. They have joined others in Middle East peacekeeping operations, and they have enjoyed a strong bilateral relationship on issues ranging from energy to agriculture to environmental protection. The two nations are the most populous and most influential democracies in the hemisphere, and democracy promotion across the region is also presumed by Washington to be a core shared value.

It is the anticipation of cooperative actions and assumed mutual interest that has largely animated U.S. policy makers’ impressions of Brazil over the years, and led them to build an expectation of Brazil as a natural ally and partner in the promotion of a broader regional and global agenda. But this benign vision fails to take account of Brazil’s own aspirations to be a significant actor in its own right, rather than following the outlines of a script written in Washington. At times this misperception has led to an undercurrent of frustration and condescension about dealing with Brasília. Increasingly, senior U.S. leaders do acknowledge and even sympathize with the Brazilian worldview, while also pointing out that the benefits of global leadership must be paired with its burdens. The idea is that until Brazil shows a greater willingness for burden sharing in support of the international (Western) community, there need not be any particular urgency in ceding additional space for Brazilian leadership in global governance.

BRAZIL NEVER accepted this calculus, however, and the first national victory of the Worker’s Party (the Partido dos Trabalhadores, or PT) in 2002 brought to power a more ideological administration less patient with Washington and more willing to try an alternative approach to foreign policy, working around rather than within existing regional and global structures. This new approach was enabled by a growing economy and spreading prosperity under the centrist economic management of Rousseff’s predecessor, President Luiz Inácio Lula da Silva. Under Lula, Brazil’s economy boomed and millions of citizens were brought out of poverty. Brazil struck oil off its coast and became a global energy superpower. Its growing, investment-grade economy brought it into the ranks of the world’s largest, while the global economic crisis in the latter half of the last decade gave Brazil and other developing nations bragging rights and undermined impressions in many emerging markets of the natural superiority of the developed world’s economic model. Economically, Brazil was on a roll, reaching high rates of growth and never falling into recession, even in the depths of the 2008–2009 economic crisis.

At the same time, traditional foreign-policy rival Argentina faced political and economic uncertainty and slipped further into Brazil’s shadow, while the bombastic leadership of Venezuela’s Hugo Chávez afforded Brazil the opportunity to expand its own regional voice as a “third way,” neither subject to perceived U.S. domination nor as radical as Venezuela and its regional allies. When Brazil was chosen to host the 2014 World Cup soccer tournament and the 2016 Summer Olympics, it was perceived as a global acknowledgement of the nation’s long-anticipated and generally celebrated emergence onto the world stage.

Meanwhile, great-power relations were also in flux. The United States was preoccupied with Iraq, Afghanistan and its broader “war on terror,” and gave low priority to issues on the hemispheric agenda. It devoted only limited diplomatic resources to the region, and foreign assistance was reduced year after year. China, in contrast, was just waking up to the potential for regional engagement, primarily for purposes of its own internal economic growth but also for reasons of global governance and influence. China’s entrance into Latin America proved to be a game changer for Brazil, as commodities upended traditional trade relations and China became Brazil’s top trade partner. Brazil’s purposeful outreach to China and China’s own interests laid the groundwork for closer relations between Brasília and Beijing, allowing Brazil to triangulate U.S. interests in the region with China. It also reduced U.S. leverage in the region, given China’s willingness to finance projects and engage with leaders heretofore acting outside the previous hemispheric consensus. Talk of regional economic and political “decoupling” from the United States became prevalent.

Ultimately, however, these broader currents only provided some very tempting tools to use in the promotion of Brazilian interests, requiring individuals to take the reins and act within this more accommodating environment. The foreign-policy team brought to power by Lula’s election saw the opportunity to marry Brazil’s newly robust economic weight with changing global circumstances. Their worldview adopted the tenets of regional solidarity against perceived North American imperialism, affinity for the developing-world movement, and distrust of the existing global economic system and its institutions of governance. In addition, Lula needed to ensure the acquiescence of the PT base, many of whom were agitating for a more populist and redistributive approach, to his centrist economic agenda. This encouraged him to give freer rein to his foreign-policy team as a means of occupying and rewarding the powerful left wing of his political movement. He himself was a very successful promoter and spokesman for these ideas and became somewhat of a global celebrity as a result.