America Must Turn Up the Heat on Putin 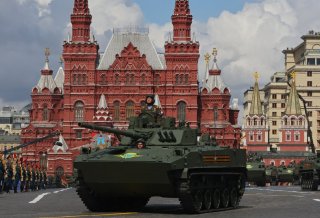 Almost three months into Russian president Vladimir Putin’s catastrophic misuse of authoritarian power, two forces are at war in eastern Ukraine. One is fighting for the survival of its citizens and country. The other is carrying out what U.S. secretary of defense Lloyd Austin has termed “a war of choice to indulge the ambitions of one man.”

Russia has issued ominous threats, cut off gas supplies to Poland and Bulgaria, and warned the United States not to ship heavy weapons to Ukraine. Whether Putin believes he can permanently hold Ukrainian territory or is looking for a face-saving way to obscure from his citizens the full extent of his military’s failures, is hard to know. Either way, Ukraine’s valiant efforts to blunt this barbaric assault provide no guarantee that the conflict will end well.

New U.S. and allied policy actions to persuade Russia to end its invasion will be more reliably supported by their citizens today than weeks or months from now. That is because there is a “half-life” to any major crisis, a transitory moment when the collective adrenaline of democracies surges as people recognize the gravity of the situation. They will tolerate sacrifices, but not indefinitely. A wait-and-see approach makes more likely a frozen conflict where Russia won’t remove its forces from Ukrainian territory, Ukrainian fighters won’t stop attacking them, infrastructure won’t be rebuilt, and refugees won’t return. Needed now are fresh policy levers to influence Putin’s decision calculus. Here are five.

First, a million phone calls a day. NATO should provide cellphones and random household phone numbers in Russia to Russian-speaking Ukrainian refugees, who can offer help to Russian citizens seeking word about the fate of Russian soldiers in Ukraine. Whether conversations are sympathetic or turn unpleasant, the objective is to pierce Putin’s propaganda bubble and reach millions of average Russians with a tidal wave of reality.

Second, transatlantic reparations initiative. Just as President Joe Biden has sought legislation from Congress enabling the confiscation of oligarch assets to help pay the costs of supporting Ukrainian refugees and eventually rebuilding Ukraine, a Russian assets confiscation initiative should be legislated alliance-wide. A growing tally, updated daily, should advertise the damage caused by Russia’s invasion and the Russian assets confiscated.

Third, pursue temporary suspension of Russia’s veto at the UN Security Council. Experts will warn that there is no mechanism for changing the existing status of the Permanent Five Security Council members, and trying to do so would inflame arguments over the current distribution of privileges among the world’s powers. The United States and Europe should nevertheless make the effort at the UN General Assembly, obliging every government either to agree to impose this temporary penalty or explain why the Putin regime, while massively violating the UN Charter, should retain its veto power over the world’s sole mechanism for addressing threats to international peace and security.

Fourth, threaten “colored revolutions” if Russia does not withdraw soon. Putin has waged disinformation and deceptive social media campaigns in the United States and Europe to stir political division and unrest in the West. Not unlike the authoritarians of Beijing and Tehran battling the contagion of democratic aspirations in Hong Kong, Syria, and Iraq, Putin’s soldiers and security services have used bullets, bombs, and poison to try and exterminate demands for freedom and opportunity at home and in the near abroad. Regimes in Belarus and Kazakhstan are clearly on thin ice, and Putin could ill afford a concerted Western effort to give him a taste of his own medicine.

Fifth, extend a hopeful vision for the Russian people. While Ukrainians may hold lasting grudges against Russians, Putin alone is responsible for this war. The Biden administration should make clear that the West holds no animus toward the Russian people, respects their great heritage, and is eager to move beyond the post-Soviet era and reimagine the political-economic-security architecture of Europe including Russia—but only after current sanctions are lifted. There is no need to state the obvious, that such a future with Putin is a non-starter. If he remains in power for a while, Russia will continue to suffer the consequences of his actions. But that is for the Russian people alone to determine.

Allied assistance to Ukraine’s forces remains crucial, but Vladimir Putin is thus far undeterred by the attrition of his army’s combat power. It is necessary to make clear that perpetuating this operation rather than ending it will unleash an array of pressures he should fervently wish to avoid. The Ukrainian people have heroically denied Putin’s bid to subjugate their country; the time is now to build on their noble sacrifice and force Putin to accept a diplomatic off-ramp.