America Needs to Get Serious about the Arctic 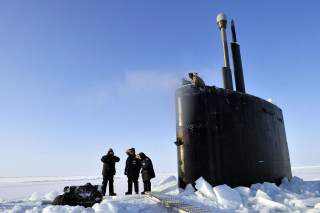 Several articles have described the Arctic as filled with opportunities to peacefully capitalize on resources exposed by melting ice caps. Despite the perception that the Arctic will remain the world’s most peaceful region, the United States needs to improve its ability to engage in Arctic and cold region conflicts. While it is in the United States’ best interest to maintain a peaceful, non-militarized presence in the Arctic, it needs to prepare for possible conflict with Russia.

Scott Borgerson’s article “The Coming Arctic Boom” and Andreas Kuersten’s article “The Battle for the Arctic” both note that contrary to many predictions, competition in the Arctic has remained peaceful. The majority of the countries with Arctic borders are rational actors with relatively transparent diplomacy. Their negotiations have allowed the Arctic Council and other forums to resolve disputes about highly valuable, contested territory more successfully than similar efforts in other regions. The Arctic also provides valuable economic opportunities in an area with relatively little infrastructure and few population centers threatened by other states’ operations in the region.

Borgerson recommends the United States “catch up” to other states’ efforts in the region. In particular, Borgerson prescribes more diplomatic weight at Arctic negotiations, the purchase of more icebreakers, the ratification of the United Nations Convention on the Law of the Sea and the elimination of some constraints on economic exploitation and investment in Alaska.

Borgerson and Kuersten are correct that the United States should pursue a more ambitious Arctic policy, and equally correct that the region has remained demilitarized. Unfortunately, despite their well-made points, there are three significant reasons for the United States to prepare for security challenges in the Arctic as well as economic opportunities. While the region’s actors have resolved conflicts peacefully, ongoing trends may make conflict resolution more difficult. The Russian Federation has become more aggressive, creating the need to deter it and to reassure allies and potential allies. Preparation for conflict in the Arctic is also fungible, improving American capabilities in other regions.

States have managed to peacefully resolve issues about the Arctic that would be hotly contested in other regions. There are reasons to suspect this will change as the stakes in the Arctic increase. Very little infrastructure and few population centers exist in the Arctic. As a result, states that do not accomplish their goals during negotiations typically lose or place at risk fewer investments and less of their population compared to areas like the South China Sea. As states invest more money and effort in expensive attempts to exploit mineral and oil wealth in one of the most hostile climates on the planet, their possible losses will increase, and they are likely to become more committed to accomplishing their goals.

The Russian Federation’s aggression in Arctic and sub-Arctic regions does little to reassure other states. Beyond its annexation of Crimea, intervention in Eastern Ukraine and dabbling in several states’ elections, Russia has engaged in threatening behavior against the Baltic States. NATO states have accused the Russian military of flying over and near their territory with their transponders off, a practice that both increases the danger of unintentional accidents and threatens NATO states. Russian aircraft have also engaged in high-risk maneuvers near U.S. naval vessels and aircraft in the Baltic Sea, increasing the risk of accidental escalation. Adding to concerns, Russia has begun to militarize the Arctic by training and equipping large infantry formations and preparing to forward deploy them into the polar region. With the possibility of needing to deter or defeat Russian aggression, the United States needs the ability to perform large-scale military operations in the Arctic.

Military operations in the Arctic require specialized units. The harsh climate, small number of roads and airports, scarcity of resources and challenges to traditional forms of mobility punish unprepared organizations. Arctic units need specialized uniforms and training to reduce cold-weather hazards and improve over-snow mobility. They require sustainment units that can extend their lines of communication farther than typically required in temperate climates due to the lack of infrastructure. Currently, the United States has less than two brigades prepared to operate in extreme cold, which is significantly less than Russia. Fortunately, the efforts required to prepare organizations to operate in the Arctic transfer well to other places.

Most media attention focuses primarily on the polar region of the Arctic, but operations in other regions require similar equipment and training. The Arctic also covers parts of Northern Europe, and sub-Arctic regions with similar climate challenges extend into North Korea, Japan and Mongolia. North Korea is a current adversary, Japan is one of the United States’ strongest allies, and Mongolia has tentatively explored combined training with both the United States and Russia. Preparations that address Arctic challenges will also transfer well to operations in these regions, improving combined training with allies and strengthening relationships with possible allies.

Beyond combined training and deterrence, Arctic military forces can reduce the overhead cost of exploring the region. Allies can share resources to collectively increase safety and reduce the overheard and risk involved in accessing the Arctic. Icebreakers can improve a navy’s maneuverability. Land-based forces can be deployed for rescue operations, or to assist in humanitarian crises, as they have done in the Pacific region.

However the United States prepares for military operations in the Arctic, it is to everyone’s advantage if the region does not militarize. The polar regions are traditionally the most peaceful places on the planet and that tradition may allow numerous states to increase their wealth. Nevertheless, not preparing for Russian aggression, even as they forward deploy their forces and seize territory in other regions would be foolish. To minimize a potential security dilemma in the Arctic, the United States should follow Borgerson’s advice, but also prepare and equip arctic-capable forces in sub-Arctic and temperate locations. Minimizing its presence in the Arctic while preparing for military operations will allow the United States to prepare for conflict without substantially increasing military tensions in a peaceful region.

The Arctic is the world’s most peaceful populated region. Unfortunately, that condition is a result of low-population densities, infrastructure investments and limited accessibility, all of which are likely to change. Russia is preparing to operate with military force in the region, and has recently demonstrated both aggressive policies and a disregard for other states’ sovereignty. As the other major military power in the region, the United States needs to be trained and equipped to defeat or deter potential Russian aggression.

Justin Lynch is an infantry officer in the United States Army and graduate student at Johns Hopkins University. He has served in Afghanistan and Iraq, and as the Training Officer at the Northern Warfare Training Center. The views expressed are his own and do not represent those of the government of the United States.