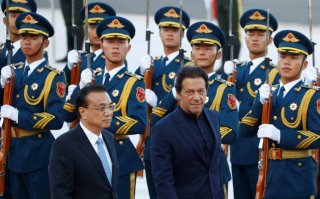 At a House of Representatives Foreign Affairs Committee hearing on September 13, Secretary of State Antony Blinken said that Pakistan has a “multiplicity of interests, some that are in conflict with ours.”

Whether it was over Afghanistan or other issues, the United States has always lived with these conflicts, and the U.S. relationship with Pakistan has vacillated between conflict and cooperation. However, the U.S.-Pakistan relationship, which has been defined by Washington’s short-term need for Pakistan’s cooperation to serve some critical security and strategic interests and Pakistan’s long-term need for American economic support and security assistance, has not come without cost. Even when their interests converged, their policies, perceptions, and politics often did not; They could not build the organizing principle of a long and lasting relationship based on a conceptual framework, shared vision, and continuity.

The Relationship Has Changed

Pakistan’s close relations with the United States had historically been a function of geopolitics (1954-1965 and 1979-1990) or issues relating to the United States and global security (2001-2011). But the twenty-first century’s shifting geopolitics, and post-9/11 sec­u­­­­­­­rity chall­enges, have changed South Asia into an are­na for new co­­alitions among regio­nal and global pla­­­­­y­ers in which Pakistan fi­­nds itself on the wro­ng side of Washington. That has altered the dynamics of U.S. engagement with Pakistan.

South Asia’s balance of power has been dramatically affected by U.S.-China tensions and Pakistan’s close ties with Beijing on one hand, and the extraordinary relations between the United States and India, Pakistan’s archrival, on the other. Instead of bringing Pakistan and the United States together, today’s geopolitics are driving them apart. As for the issues of security, counterterrorism, and Afghanistan, both countries feel that any benefits have come at an enormous cost. Washington resents Islamabad’s contribution to the failure of the Afghanistan war; Meanwhile, Pakistan is aggrieved for having suffered monumental losses from the blowback of the Afghanistan war and the U.S. war on terrorism.

Yet neither the United States nor Pakistan can afford to renounce their relationship. Pakistan will face uncertain headwinds over Afghanistan’s future, continued pressures from an assertive and dominant India, and challenges from terrorism and extremism at home. Islamabad’s efforts to stabilize Pakistan’s economy and strengthen its democracy will present their own hardships. Successful navigation of these challenges will require good relations with all big powers.

The United States, too, needs Pakistan. Washington continues to have some important interests relating to Afghanistan’s security, economy, and stability which Pakistan can facilitate. Washington would like Islamabad to put pressure on the Taliban on women’s rights and inclusivity, help with the remaining evacuations, and attain the Taliban’s cooperation in weakening Al Qaeda and ISIS-K. Washington would also like Islamabad to act against the transnational terrorists and militants who threaten its stability, as well as the jihadists who threaten India, thereby undermining Washington’s China policy. Finally, the United States wants to limit China’s rapidly growing political and economic influence in Pakistan.

The potential for conflict and cooperation are both present in the current U.S.-Pakistani relationship, though no single issue trumps all the others. Blinken noted this dynamic in his recent remarks to Congress, saying that the United States will consider “the role that Pakistan has played over the last 20 years but also the role we would want to see it play in the coming years and what it will take for it to do that.”

But political rhetoric on both sides is not helping relations move forward. Prime Minister Imran Khan is admired by his supporters for his nationalism, but his suggestions that Pakistan had nothing to do with the Taliban’s victory in Afghanistan and remark that the Taliban had broken “the chains of slavery” provoked a backlash in Wa­­s­h­ington. While the largely Republican opposition attacked both Pakistan for helping the Taliban come to power and the Biden administration for mishandling the withdrawal, the Biden administration in turned the heat up on Pakistan, especially during U.S. deputy secretary of state Wendy Sherman’s recent visit to Islamabad, upsetting Pakistanis.

Where to Go from Here

The United States is seeking over the horizon facilities from Pakistan. So, what is it that Pakistan can offer? Pakistan has to realize that opposition to America’s core interests in the region and lack of transparency will have no lasting place in U.S.-Pakistan relations. In the same way Washington has to decide what would be the best way to get Pakistan’s cooperation—by extracting concessions through the specter of sanctions and continued pressure from the International Monetary Fund and the Financial Action Task Force (FATF), or by involving Pakistan in a long-term, mutually beneficial relationship that is compatible with overall U.S. engagement with South Asia.

The United States has two principal concerns in South Asia: China and terrorism emanating from Afghanistan. For one the United States needs India and for the other it needs Pakistan. Washington must pursue these needs separately. If the United States’ relationships with India and Pakistan are to be actually decoupled, as Washington claims, U.S. relations with India and Pakistan should not hinder relations with the other. The fact is that building up India’s capability to balance China can still be achieved without Washington’s blanket endorsement of India’s regional policies, which only sharpen divisions in South Asia to the overall detriment of U.S. interests. Such a policy will not serve the cause of peace in South Asia, which should be an important U.S. objective.

The United States needs a policy on Pakistan that is not simply a derivative of U.S. policies on China and India. If it wants to limit the Chinese influence in Pakistan, punishing Pakistan is not the way to do it. It will only serve to increase Pakistan’s dependency on China. Instead, engaging with Pakistan will help it maintain a degree of strategic autonomy vis-à-vis Beijing.

Pakistan too needs to do some soul searching. A weak Pakistan will always have a troubled relationship with the United States and no option but to align with China. Yet, if Pakistan can build internal strength and shake off its dependency on foreign powers, Islamabad has the potential to be useful to both the United States and China. Pakistan’s desire to move from geopolitics to geoeconomics will require it to contribute more to peace in the region, help stabilize Afghanistan, and enhance its potential as an economic partner. To be an attractive economic partner Pakistan must strengthen its economy, free itself from entrenchment in a security-dominated national purpose, and pursue policies that make its excellent geopolitical location a true asset, not a liability.

The bottom line is the choice between a narrow and specific and a broad-based relationship will rest as much with Islamabad as Washington. Both the United States and Pakistan need to be each other’s good partners, and that will not happen without good policies on each side.

Touqir Hussain, a former Ambassador of Pakistan, is adjunct professor at Georgetown University and Senior Visiting Research Fellow at the Institute of South Asian Studies of the National University of Singapore.