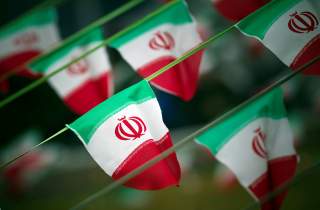 On Monday, Israeli prime minister Benjamin Netanyahu dramatically unveiled records detailing “Project Amad,” Iran’s “comprehensive program to design, build, and test nuclear weapons.” The information was taken from 100,000 pages of documents Israel had secretly obtained in January from a warehouse in Tehran. The records do not deal with ongoing aspects of Iran’s nuclear program—Project Amad was suspended in 2003—but they do show that Tehran had been lying about the program’s peaceful intent. They also reveal how far Iran has gotten in planning and development of nuclear weapons, and how quickly such a program could be reconstituted—assuming work is not already continuing under the weak verification regime of the Joint Comprehensive Plan of Action (JCPOA).

The presentation was timed for the approaching May 12 deadline for President Donald Trump to renew Iran sanctions waivers. These periodic reviews are a consequence of Barack Obama’s team jerry-rigging the politically unpopular deal by forcing the president continually to invoke national security loopholes to prevent sanctions from being reengaged. This cycle creates recurring political tensions that prompt politicians, diplomats and the media to ask, “will he or won’t he?” Iran has threatened to abrogate the deal if President Trump declines to renew the sanctions waivers, so the fate of the agreement depends on it. Israel’s intelligence coup makes continuing the waivers that much more difficult to justify.

A week ago, the White House responded favorably to a proposal by France’s president Emmanuel Macron to begin a multinational diplomatic effort to seek a “new deal with Iran.” Specifically, the emerging framework would confront aspects of the JCPOA that the Obama administration either insufficiently addressed (such as inspections and verification) or punted on (such as Iran’s missile program and Iranian support for terrorism and insurgency). The new process would also address the 2025 sunset provision of the original deal, after which Iran is presumably free to pursue an unrestricted nuclear program along the lines of Project Amad.

The “new deal” proposal removes some of that tension by seeking to address the major shortfalls of the 2015 agreement while leaving the framework intact. It creates a multilateral forum to address the substantial shortfalls of the original deal. It puts Iran on notice for its illicit and malign behavior. It is a potentially flexible approach that could be pursued within a UN framework or, if Russia and China for example are not interested in the new deal, could be approached as a separate multilateral effort. Iran may or may not participate; if not, negotiators could use the forum to agree to a new international sanctions regime focused on aspects of Iran’s behavior not covered by the original deal. And the United States maintains its principal source of leverage, namely the ability to kill the original deal at any time.

The Obama administration had optimistically—or naively—believed that the JCPOA would help usher in détente with Iran. Instead, the Islamic Republic has increased its support for terrorist and insurgent groups, expanded its regional footprint by intervening directly in Syria’s civil war, and doubled-down on its ballistic missile program. Iran has stated that it would not agree to any changes to the 2015 agreement, and in fact there are no means provided in the original deal to augment or alter it. The JCPOA is an all or nothing proposition. So, by addressing these additional issues outside the deal, Tehran cannot claim that the terms have been violated. And in any case, if Iran unilaterally pulls out of the agreement and restarts its nuclear program, President Trump has promised they would face “big problems – bigger than they’ve ever had before.”

The “new deal” approach is all upsides for the United States. It addresses legitimate concerns about the JCPOA’s shortcomings without blowing up the agreement itself. It engages the international community’s attention on other threatening aspects of Iran’s behavior beyond the nuclear program. It demonstrates the continued willingness of the Trump administration to seek multilateral diplomatic solutions to international issues. And it gives nothing away, since the White House will retain a full array of options vis-a-vis Iran while this process is underway. If Iran chooses not to cooperate, then so be it, Tehran will face the consequences.

Image: Iran's national flags are seen on a square in Tehran February 10, 2012, a day before the anniversary of the Islamic Revolution. REUTERS/Morteza Nikoubazl/File Photo