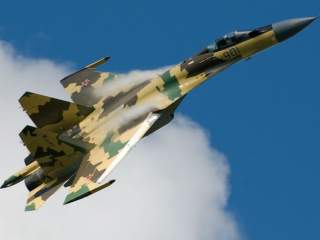 Since the war in Syria started in 2011, it has led to at least 250,000 deaths and the displacement of more than four million refugees, many of whom have fled to Europe, thereby causing one of the worst ongoing migration crises since the Second World War.

This human disaster has exposed Europe to “the most significant terrorist threat in over 10 years,” as Europol warned on January 25, 2016. The law enforcement agency of the European Union also mentioned that “the Paris attacks on 13 November 2015 indicate a shift towards a clear international dimension of Islamic State to carry out special forces style attacks in the international environment,” adding in its recent report that there is “every reason to expect that ISIS will undertake a terrorist attack somewhere in Europe again.”

Not everyone is convinced enough that the barbaric Islamist group poses the greatest threat to the Judeo-Christian world. According to George Soros, a Hungarian-born American businessman who is among the thirty richest people in the world, “ISIS poses a threat to both [West and East], but it should not be over-estimated. Attacks mounted by jihadi terrorists, however terrifying, do not compare with the threat emanating from Russia.” The billionaire also warns in his article for Project Syndicate that “the leaders of the United States and the European Union are making a grievous error in thinking that President Vladimir Putin’s Russia is a potential ally in the fight against the Islamic State,” as “Putin’s current aim is to foster the EU’s disintegration, and the best way to do so is to flood the EU with Syrian refugees.” He also calls Russia’s intervention in Syria “a strategic blunder,” because it put the country at odds with Turkey.

While Russia is committed to helping to defeat Islamic State after the Paris attacks, Turkey took its chance to test the waters as an American ally and NATO member by shooting down a Russian warplane on the Syrian border. This act of aggression aimed at America’s and Europe’s Christian ally has not prevented Western leaders from sealing a deal with the country aimed at easing Europe’s refugee burden. President Recep Tayyip Erdoğan aims at reviving his past greatness, evident not only in symbolic gestures—consider last year’s visit by Palestinian President Mahmoud Abbas to Ankara, where his Turkish counterpart welcomed him flanked by sixteen warriors dressed in historical armor—but also in the opinion of Middle East leaders. Iraqi Prime Minister Haider al-Abadi recently told CNBC from the World Economic Forum in Davos that he thinks “Turkey is looking to go back to the Ottoman Empire thing,” seeking to reestablish its once-mighty empire that spread from Europe to North Africa and Iraq.

Selma Irmak, a Turkish MP from the Peace and Democracy Party, was even more specific in her views on the Turkish president and his envisioned national raison d'état in an interview for RIA Novosti: “Erdogan uses ISIS against the Kurds. He can’t send the Turkish Army directly to Syrian Kurdistan, but he can use ISIS as an instrument against the Kurds. He has a greater Ottoman Empire in his mind, that’s his dream, while ISIS is one of the instruments [to achieve it].”

Therefore, it seems this alleged “strategic blunder” of Russia’s intervention in Syria is only being called a blunder out of fear of upsetting the Turks, who are very much concerned by the increased cooperation between Russia and the Syrian Kurdish Democratic Union. This fact has been confirmed by the Worldwide Threat Assessment report that the American intelligence community prepared for Congress, indicating that Turkey sees Russia’s support of the Kurds as an attempt to counter Turkish influence in the region, which in turn may provoke further damage to Russia-Turkey relations.

We should bear in mind that the Kurdish population, which Turkey loathes and perceives as a greater internal problem than the Islamic State, happens to be one of the most successful battlefield forces fighting ISIS, and one of America’s most effective partners in Syria. This prompted the Turkish president to blame America earlier this month for turning the Middle East into “a sea of blood.”

It is worth mentioning Henry A. Kissinger’s Primakov Lecture at the Gorchakov Fund in Moscow in February 2016, where he emphasized that “today threats more frequently arise from the disintegration of state power and the growing number of ungoverned territories. This spreading power vacuum cannot be dealt with by any state, no matter how powerful, on an exclusively national basis. It requires sustained cooperation between the United States and Russia, and other major powers.”

It is therefore astonishing that the Obama administration is proposing more than $3.4 billion in military spending in Europe next year—far more than the $786 million in the current budget—to deter its “Cold War foe.” At the same time, it is calling for a 50 percent increase in spending on the war against the Islamic State group, bringing that total to $7.5 billion. This move contradicts Kissinger’s argument that “in the emerging multipolar order, Russia should be perceived as an essential element of any new global equilibrium, not primarily as a threat to the United States.”

The European Reassurance Initiative, which was launched in 2014 with a stated goal to “reassure allies of [the United States’] solemn commitment to their security and territorial integrity as members of the NATO alliance,” would allow the country to send more troops to Europe for short-term deployments, and also provide additional equipment and improve facilities so that more forces could be accommodated. This vision is at odds with the NATO-Russia Founding Act of 1997, in which both sides promised not to station large numbers of troops along borders shared by Russia and members of the alliance.

Despite great fears of further Russian aggression, European military spending has dropped in each of the past three years, according to the NATO 2015 annual report—which means that Europeans are not really that worried about the threat from Russia. Instead, they demand that America play Don Quixote, defending them from the windmill that seems to be a ferocious giant, which according to Soros is allegedly at the core of “the race for survival against the EU.”

Adriel Kasonta is an Editorial Board Member at the Central European Journal for International and Security Studies, and Researcher on the Europe Desk at Wikistrat. Mr. Kasonta is former Chairman of the International Affairs Committee at the oldest conservative think tank in the United Kingdom–The Bow Group (2014-2015), and the editor and leading author of the Group’s report titled “The Sanctions on Russia.”