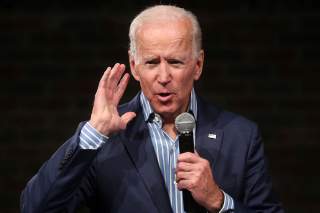 Calling for unity and comity may seem quaint in America’s current political environment, but bipartisanship is now vital once again on U.S. policy toward China. “Dunking” on domestic political opponents on social media provides a short-term thrill, yet it has consequences as it also deepens social divisions in ways that make America vulnerable to China’s ongoing efforts to influence U.S. politics and society.

While most Americans imagine that conflict with China will resemble a high-tech version of World War II, Beijing is already waging a new, irregular type of warfare. Indeed, there is evidence of a “systems level” competition between the United States and China that constitutes a new type of Cold War. This conflict includes covert, ambiguous weapons such as influence campaigns, propaganda, cyberwar, intellectual property theft, industrial espionage, election meddling, political bribery, and surveillance on American soil.

Chinese Communist Party (CCP) Chairman Xi Jinping’s government threw down the gauntlet yet again on April 1, when the CCP flagship publication, Qiushi, republished excerpts from his speech to the party’s leadership on January 5, 2013. In it, Xi called on the CCP to “conscientiously prepare for all aspects of long-term cooperation and battles between the two social systems.” He said: “The eventual demise of capitalism and the ultimate victory of socialism must be a long historical process.” In 2013, this speech signaled a sharp departure from the low-profile posture that had previously typified Chinese foreign policy. Its republication today sends another clear message: China is now actively opposing the liberal world order.

America has no choice but to take up the gauntlet. Washington’s well-meaning forty-year effort to engage the CPC and thereby nudge it toward democracy has more than simply failed. It created extensive avenues that Beijing now uses to influence America’s own government and society.

Previous fascist states were either regional players, such as Italy, Spain, and Japan or—in Germany’s case—led by a megalomaniac with an overriding desire for world domination. China is different. It is a rich and powerful state run by a bold and dictatorial leader with a plan—including the promulgation of surveillance technology worldwide and Beijing’s massive Belt and Road infrastructure initiative—to gradually shatter the U.S.-led liberal world order. The CPC is distinguished by its strategic patience, persistence, and its extensive understanding of its primary adversary the United States. Over the years, China has also learned an important lesson: the United States, when it is united and determined, is unbeatable.

Beijing’s objective, therefore, is to exploit and enhance existing social cleavages both within the United States and among U.S. allies with an eye toward extending its own influence and preventing a coordinated and sustained pushback from the United Kingdom, Europe, Australia, or New Zealand.

In the United States, Beijing works hard to identify its friends and its enemies and play them off each other. America’s largest and most readily observable social cleavage remains between the two dominant political parties, “red” America vs. “blue” America. Under such circumstances, it is easy for China (and Russia) to stoke partisanship and drive a wedge between Democrats and Republicans in a way that cripples the U.S. capacity to respond effectively. In order to oppose these “divide and conquer” tactics, Americans must make themselves aware of them and resist them through national unity on China policy.

Indeed, history shows that when the United States comes together, Americans can achieve ambitious projects—from traveling to the moon to defending Europe from tyranny.

Today, Americans must come together over China. Chinese national socialism is an affront to the liberal values that America was founded on, and a successful response requires all hands on deck. As Benjamin Franklin reminded his colleagues at the signing of the Declaration of Independence in 1776, “We must all hang together, or most assuredly, we will all hang separately.”

Mr. Eisenman is an assistant professor at the University of Texas at Austin and a senior fellow at the American Foreign Policy Council. Mr. Stewart is director of the Asia program at Carnegie Council for Ethics in International Affairs in New York City.