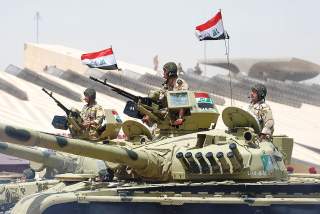 WHEN RUSSIA launched a dramatic military intervention in Syria in fall 2015, it stunned the world and announced its return to the Middle East. Its move also surprised American policymakers, who had not long before worked with Russia in an effort to rid Syria of its chemical weapons and expressed hope that such cooperation might lead to a broader push for peace. But with its air campaign on behalf of Bashar al-Assad’s regime, Moscow signaled a willingness to intervene more decisively in Middle Eastern politics than at any time since Anwar el-Sadat’s dismissal of Soviet military advisers in 1972 and the Yom Kippur War the following year. For the first time since the end of the Cold War, any attempt to resolve a festering regional conflict must take Russia’s role into account.

This outside intervention is new, but it is not limited to Russia. China has expanded its involvement in the Middle East in recent years. Even India, Japan and Europe, though distracted by crises in their own regions, have recently stepped up their Middle East roles amid perceived American disengagement. Layer on top of this the shattering of regional order in the wake of the Iraq War and the Arab Spring, and the result is the Middle East’s emergence as a commons for great-power competition. As Washington searches for a Middle East strategy and debates what a sustainable U.S. presence should entail, it will increasingly need to navigate the geopolitical game played by outside powers in the world’s least stable region.

This game represents much more than just one additional factor among many that American policymakers must consider as they grapple with the region’s challenges. The United States has not had to contemplate the possibility of other external powers seeking—or even being capable of—hegemony in the region since President Jimmy Carter promulgated his eponymous doctrine in 1980. And while the outside powers remain limited in their aims and means of achieving them, a fundamental shift is occurring today: America’s long position of unchallenged Middle Eastern primacy may be reaching an end.

THE INVOLVEMENT of great powers—defined here as states with the military, economic and political capacity to exert influence on a global scale—is by no means new to the Middle East. China and India, for instance, have interacted with the region for hundreds, if not thousands of years. Many of the British Empire’s battles in the region were in fact fought by imperial troops from India, and Australian schoolchildren still learn about their country’s involvement in the Battle of Beersheba following the fight at Gallipoli. The Ottoman Empire’s demise saw the British and French divvy up the region and fight by proxy for regional influence between the world wars. As the British exited in the 1960s, the Soviet Union entered the Middle East, with support for allies such as Egypt, Syria, Iraq and Algeria. Soviet inroads, in turn, boosted America’s strategic interest in the region, and increasing demand for energy and regional supplies of oil attracted greater external attention.

Since ramping up its Middle Eastern involvement during the Cold War, the United States has played by far the preeminent regional role among external actors, and, after the Cold War, held a nearly uncontested position. There have been minor engagements, mostly diplomatic—the EU and Russia participate in the so-called “Quartet” of powers focused on the Israeli-Palestinian peace process, and China and Germany joined the “P5+1” group negotiating with Iran—but these are exceptions rather than the rule. Until recently, Russia was consumed with domestic affairs and its “near abroad,” China focused mainly on its own region and a handful of global issues, and the European role was mostly restricted to the provision of development assistance, weapons sales and the occasional diplomatic initiative.

While other powers receded from the region, the American role expanded. After the 1979 Iranian revolution, the Carter administration established a joint military task force that eventually became U.S. Central Command, and the United States later sent peacekeeping forces to Sinai, Marines to Lebanon and naval forces to the Persian Gulf. The 1991 Gulf War saw a major increase in the U.S. military presence, and troops sent to protect Saudi Arabia from Saddam Hussein never left the region. Today the United States either has troops deployed, naval vessels stationed, or military operations underway in a wide variety of countries—Iraq, Syria, Libya, the United Arab Emirates, Bahrain, Egypt, Yemen, Qatar and elsewhere.

For years, America has seemed content to assume the leading security and diplomatic role occupied decades earlier by Britain. As the world’s top consumer and importer of oil, the United States discerned a vital interest in stable energy supplies, and demonstrated repeated willingness to employ force to ensure their flow. The United States became the “hub” in what amounted to a regional “hub-and-spoke” security architecture, in which America kept troops deployed while investing in the defense, and the security forces, of allies like Egypt, Jordan, Israel, Turkey and the Gulf states.

Those states prioritized their bilateral ties with the United States and made only modest efforts at multilateral cooperation, even on the economic front. And in regional diplomacy, America remained the prime mover for much that involved outsiders, including the Quartet, the P5+1, the Gulf Cooperation Council, the Friends of Iraq and other configurations. Other external powers were largely content to let the United States serve as the region’s security provider of last resort—keeping maritime chokepoints open, enforcing national boundaries and fighting terrorism—while taking the lead on issues like the Israeli-Palestinian peace process.

Beginning within a few years of the 2003 invasion of Iraq, however, America’s privileged regional role began to change. That conflict, together with the Arab Spring and the eruption of civil wars in Syria, Yemen, Libya and Iraq, shattered the existing regional order. It eliminated or threatened friendly governments, shifted the balance of power and invited a new wave of sectarian politics.

The ensuing chaos upended the decades-old assumptions behind U.S. policy. Iraq and Iran have not balanced each other’s power since the fall of Saddam Hussein. Egypt, long considered the political leader of the Arab world and a cornerstone of U.S. cooperation, is mired in internal discord with little appetite to think beyond its borders. Borders themselves are no longer inviolable, as evidenced by the ISIS proto-state that stretches from Syria into Iraq. Israel and the United States’ once-tight political embrace diminished during the Obama administration. Israel and Sunni Arab states have made common cause in their drive to limit Iranian influence. Because of Tehran’s growing activism, Palestine has retreated as a foremost concern of the Arab world. The Arab states themselves are no longer ruled only by dictators and monarchs; in several cases they are barely ruled at all.

At the same time, American priorities have been shifting as well. The 9/11 attacks not only led to an increased emphasis on combating terrorism but to a questioning of the regional status quo that allowed extremism to fester and grow. As time passed, the disastrous results of the Iraq War—compounded by the financial crisis of 2008, America’s mounting energy self-sufficiency and the rising strategic importance of Asia—led the Obama administration to publicly question America’s presence in the Middle East and the region’s very relevance to U.S. interests.

This drift has produced a pervasive sense of U.S. disengagement. The Obama administration telegraphed its preferences by withdrawing all American forces from Iraq in 2011 and assembling no stabilization force for Libya after toppling Muammar el-Qaddafi. It fell to incessant squabbling with Prime Minister Benjamin Netanyahu, of Israel, and derided its Gulf allies as “free riders” who should face reality and “share” the region with their Iranian rivals. For months the United States permitted ISIS to seize territory in Iraq and Syria with minimal interference, and remained essentially on the sidelines of the Syrian Civil War. When the administration did step up its Middle East engagement—by sending troops back into Iraq, for instance, or by providing modest assistance to Syrian rebels—it generally did so incrementally and with obvious reluctance.

The result of these trends—growing regional chaos and uncertainty about America’s role—has been a double collapse: of states and institutions in the Middle East, and of the broader U.S.-led security order across the region.

Regional powers have responded to this state of affairs by taking more matters into their own hands. In general, however, these countries lack the military and diplomatic capabilities or the institutional strength necessary to carry out effective unilateral responses to regional crises or to coordinate multilateral ones. As a result, their exercise of power has had reverberations—including empowering nonstate actors, exacerbating sectarianism and producing significant civilian casualty tolls—that the United States finds damaging to its interests.

It has also prompted other external powers to become more active in the Middle East as U.S. leaders question not only America’s ability to address the region’s challenges but the wisdom of even trying. This is, in part, simply one element of a larger phenomenon: the world’s leading states have become more competitive with each other across the globe. As Deputy Secretary of Defense Robert Work has remarked, “Great-power competition has returned.” With Russia resurgent and Chinese power and ambitions growing, he added, “that requires us to start thinking more globally and more in terms of competition than we have in the past twenty-five years.”