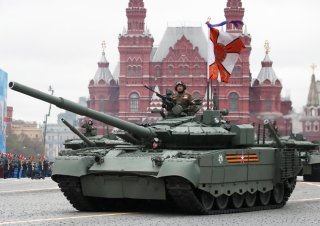 We can prevail in this widening conflict, in multiple dimensions. We must reach out to our allies from Canada to Europe, Japan, and Australia and together plan for how to understand the Sino- Russian imperial strategy and organize ourselves to again compete and reverse their aggression.

In September 2011, William Hague, the British foreign secretary, stated that “[T]he nation that is purely reactive in foreign policy is in decline.” This has surely been the case for Western nuclear powers. The Allied Nuclear Partners approach is the counter-thrust in great power rivalry, and one that provides alternatives to NATO members and Gulf Cooperation Council partners for preserving sovereignty in the face of the challenge by the China-Russia tandem.

Together, we can recover and become competitive again, but it isn’t going to happen overnight, and will require private investment, not just government spending.

Andrew D. Paterson has been a leading strategic analyst at the market intelligence firm Environmental Business International since 1990, and a principal author of the “Business Case for New Nuclear Power Plants: Bringing Public and Private Resources together for Nuclear Energy,” in 2002 while serving on a task force at the U.S. Department of Energy. He is a Ph.D. Candidate in Energy Policy and Finance at George Mason University Schar School.