Is America Ready for a Multipolar World? 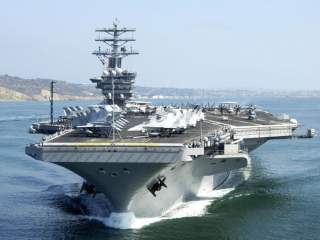 “By 2025, the international system will be a global multipolar one.” That is the forecast of the 2008 volume of the U.S. National Intelligence Council’s Global Trends series—a forecast that still seems correct today.

Provocatively, that volume warned that “we cannot rule out a 19th century-like scenario of arms races, territorial expansion, and military rivalries.” At the time, many senior U.S. policymakers dismissed it and other, even earlier, warnings as just another worst-case “guesstimate,” the kind intelligence analysts love to produce. Where the intelligence community can be faulted is in thinking that multipolarity wouldn’t happen as quickly as it did.

Hearing many presidential candidates today, it is as if we never left the unipolar moment. The challenge now is to alter our mind-set, which seems trapped in the amber of America’s “exceptionalist” tradition and “indispensable” role. U.S. leadership will have to be honest with the public about the country’s more limited influence and need for strategic restraint. It will take a remarkable and brave president to rightsize America’s goals, in order to reflect our more limited resources and rising competition from China, Russia and other powers.

Other great powers—China and Russia, particularly—don’t necessarily share American values, nor do they credit the United States with running a liberal international order. On the contrary, they hold radically different notions about how international relations should be conducted. Chancellor Angela Merkel’s comment regarding Russian President Vladimir Putin’s worldview—he’s “living in another world”—points to the growing gaps with non-Western powers.

In the post–Cold War era, the United States got used to being, as the French noted, “the hyperpower” that made the rules. And for a while in the 1990s, globalization really did appear to mean Westernization, as the number of democracies exploded, China joined the WTO and Russia was invaded by Western consultants telling Moscow how to reform its economy and democratize. Americans can perhaps be forgiven for being irrepressible optimists about the virtues of free-market democracies. But such a universalism of values never existed, and has has fallen by the wayside in the early twenty-first century, in which conflict and extremism—particularly in the Middle East—are on the upswing. Mind-sets, however, rarely evolve as quickly as events. The key is to adapt to new economic and political realities without appearing weak.

Conceptually, it is hard to draw lessons for America’s new path from previous historical periods. Nineteenth-century Europe was the classical multipolar system in international relations theory, but that system was never global. Today’s world is far more chaotic, because it’s no longer just a world of states. Instead of the diplomats meeting in Vienna or Versailles to redraw nineteenth- and early twentieth-century borders, there are new actors like ISIS—a ragtag crew of former Al Qaeda adherents and anti-regime nihilists—who have singlehanded overturned the Arab state system founded by the post–World War I Sykes-Picot agreements. Even those authoritarians who are by definition state-centric—such as Russia and China—are forced to muzzle domestic movements and boot out international NGOs for fear that these ideas can mobilize the public against them.

The new, more complicated global landscape requires a new American game plan. The United States’ big advantage is that it remains a “full-service” global power, with an economic, diplomatic, cultural and, of course, military toolkit second to none. China can boast of its growing economic clout and an increasing regional military presence, but despite its growing soft power in Africa and Latin America, it has increasingly alienated its neighbors with its growing assertiveness. Russia retains its nuclear status, and is increasingly cooperating with China on developing the Eurasian heartland while its economy languishes from low energy prices, corruption and lack of investment in human capital. Europe’s increasing soft power may have seemed a key strength, but the double blow of the Euro crisis and now the migrant problem has kept it preoccupied at home.

All of this suggests that the United States can carve out a role as the global trendsetter. While there is no hegemonic force to shape the global system, nor an obvious consensus on what kind of new world order should be established, there is an increasing competition for influence and commanding ideas that should play to American strengths. Poll after poll demonstrates that Americans remain largely well-liked throughout the world despite, such mistakes as the invasion of Iraq. American universities are a mecca for the best students from China and elsewhere.

The United States has to be careful, though, in treating others as pariahs. Most other states—including even Russia and Iran—want to be on good terms even if they don’t share our values or interests. Americans must forego the tendency to reject international initiatives that are “not invented here.” One lesson from China recently establishing the Asian Infrastructure and Investment Bank is that it is better for the United States to participate in others’ initiatives, in order to have some influence over the evolving global order. Americans cannot expect that every good idea will emanate from Washington, or that U.S. rejection of a non-American proposal will doom it. Carrots might work better than sticks; instead of trying to divide and conquer or keeping down the rising powers, America should pursue inclusive solutions to global challenges.

To be the global trendsetter requires patience—something American decision makers generally lack. Overcoming our natural impatience and playing the long game may be the best offense. After all, it’s still the most democratic age, and the Russian and Chinese governments are likely to face increasing pressures from below for more accountable and representative government. One might recall the logic from the containment policy’s early years: preserving the West’s cohesion and character would lead the Soviet system to be toppled by its own internal contradictions. That same logic may now apply to America’s long game against autocratic state capitalism. However, this will require more consensus at home and presenting a better face to the rest of the world. The increasing partisanship and dysfunction that now typify Washington have even our friends scratching their heads. We need to go back to being the model of good government and practical common sense.

In many ways, the best historical lessons are the ones we taught ourselves in creating a new global order after World War II. We won the Cold War because our allies’ interests became our own, and because we set out to solve our own problems by helping others solve theirs—namely, the Communist threat. We found common ground even when there were disagreements. The global commons is now much more diverse, requiring American diplomatic dexterity in dealing with those who do not necessarily share our values, but who share our concerns about terrorism, proliferation, climate change and failing states. Setting the global agenda in ways that are inclusive—an international order not solely “made in America”—will mark Washington’s successful transition from a status quo power to one that will lead the world to a new equilibrium.