Is America on the Road to Becoming an Authoritarian State? 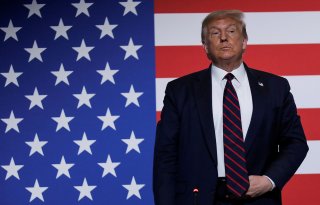 I lived in Germany from 1929 to 1935, during the years when Hitler took over, so worried colleagues often ask me whether the United States is in a similar, pre-fascist, state. In response, I draw not on my childhood memories of sweeping angst but on my sociological training. Until recently, I scoffed at the idea of the United States being a pre-fascist state, pointing out that the guardrails of democracy in the United States, though challenged, were holding. The courts, the press, courageous civil servants, and nationwide movements calling for reforms were standing in the way of President Donald Trump’s attempts to turn the U.S. government into his personal political tool. Recent events have made me revisit the question. To see why I need to quickly repeat the often-told cautionary tale of what happened in Germany in those critical years.

Hitler was falling to gain the support he was looking for, having received only the votes of a fraction of the electorate. He was looking to find other pathways to power, including forming a coalition government. A major turning power in his drive to capture the German government came in 1933. Under the Weimar Constitution, President Paul von Hindenburg was responsible for selecting a chancellor, who was in charge of introducing legislation to the Reichstag (parliament). Hitler’s efforts to consolidate his power received a boost when the Reichstag building was set on fire on February 27, 1933. Although historians disagree whether the arson was set by a lone communist, a group of communists, or the Nazis themselves, the truth did not matter at the time. Hitler blamed the communists. The day after the fire, Hindenburg drew on Article 48, an emergency measure of the Weimar Constitution that “gave the president dictatorial powers and the right to intervene directly in the governance of Germany’s 19 territorial states,” and the cabinet created the “Decree of the Reich President for the Protection of the People and State,” which “abolished freedom of speech, assembly, privacy and the press; legalized phone tapping and interception of correspondence; and suspended the autonomy of federated states, like Bavaria.” Nazi stormtroopers detained approximately four thousand people that very night and continued arresting and holding people thereafter. Elected communists were among those who were imprisoned, clearing the way for the Nazis to enact the policies they desired. The Enabling Act, which followed less than a month later, “assigned all legislative power to Hitler and his ministers, thus securing their ability to control the political apparatus.”

In recent weeks, President Donald Trump’s polls were sinking. He was flailing in his efforts to find a message around which to rebuild his reelection campaign. His mismanagement of the fight against the devastating pandemic and his push to prematurely reopen the economy were working against him. The wide support for peaceful demonstrations after the killing of George Floyd further moved swing voters, the 13 percent of voters who have not yet chosen sides, away from him. Then came the violent segments of the Left, providing him with a lifeline, a law and order theme, that may carry the day for him. It does not matter that most protesters were peaceful. It does not matter that the protesters have very strong reasons to protest. What does matter is that some of them set fire to police stations and police cars, and looted businesses. And that the peaceful protesters were unable to stop them.

These violent protesters disregard the lessons of American political history. Omar Wasow of Princeton University recently noted in the American Political Science Review that, from 1960 to 1972, “[p]rotester-initiated violence . . . helped move news agendas, frames, elite discourse, and public concern toward ‘social control.’” And “violent protests likely caused a 1.5-7.9% shift among whites toward Republicans and tipped the [1968] election,” ushering in the presidency of Richard Nixon.

Washington Post columnist David Ignatius used the example of the Arab Spring to bolster his assertion that “when protests became destructive abroad, authoritarian leaders seized the pretext and won the day, again and again.” He stated that the protesters of the Arab Spring created a situation in which “[r]uthless leaders took advantage of the chaos and viciously suppressed dissent. Many ordinary people, exhausted by violence and disorder, cheered the men with guns.”

Trump and the Department of Justice that he has politicized and turned into his personal instrument, as well as other federal agencies, are sending thousands of agents into the streets of cities where there is enough violence to provide an excuse for them to suppress the protest. True, these agents inflame the protests. However, it is also true that in places they did not show up, violence persisted.

It is less than one hundred days before the election takes place. Millions of Americans will be voting in the next months, possibly by mail. One wonders what those who are providing Trump a lifeline are thinking. What will they achieve if they succeed in breaking some of the fences that have been erected around federal buildings? If they burn down some more courthouses and police stations? Images for Fox News?

Maybe if these violent protesters consider what Trump’s second term would look like, then they will relent. Trump will undermine many of the institutions that have curbed him some during the first term. He will make more and more federal agencies look like the Department of Justice. He will nominate more justices to the Supreme Court, so it will tilt his way, to the point that, even with Chief Justice John Roberts’s occasional assistance, there will not be a majority to act in defiance of Trump to protect the institution of the court and of other institutions of our society. Trump is already replacing generals unfavorable to him with those who are more to his liking. He is already ordering the Federal Communications Commission to force social media companies to carry his lies and conspiracy theories. And he is politicizing the census, which will affect the allocation of congressional seats—as well as all future presidential elections. I would not be surprised if, like other autocrats he loves so much, he will seek to go for a third term or appoint his son to follow him.

Are we in a pre-Nazi state? I still hope not. However, if the violence on the Left continues, Trump may be reelected and we will be on our way to a rather authoritarian state.

Amitai Etzioni is the author of My Brother’s Keeper: a Memoir and a Message, among other books. He is a University Professor and professor of international affairs at The George Washington University.