America and Russia: Back to Basics 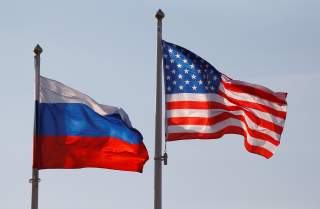 President Trump can improve relations with Russia in ways that advance American national interests by going back to Cold War fundamentals. American presidents’ first responsibility is to protect and defend the United States of America. In a world in which Russia’s leader commands a nuclear arsenal that can erase the United States from the map, sufficient (and often politically painful) cooperation to avoid that outcome is indispensable. Just as in the Cold War, Americans and Russians today share a vital national interest in averting a nuclear war.

To many twenty-first-century readers, this will sound decidedly “last century.” Conceptually, when the Cold War ended in 1991, most Americans consigned nuclear weapons, along with the Soviet Union, to the dustbin of history. But that was a dangerous delusion. While the Soviet Union disappeared, its superpower arsenal certainly did not. Indeed, the half-life of plutonium is twenty-four thousand years, so nuclear weapons are likely to be with us for some time.

Current discussions of “punishing” Russia for interference in the 2016 presidential election, or “sanctioning” Russia for destabilizing eastern Ukraine, or “countering” Russian military deployments by stationing additional U.S. and NATO troops in the Baltics, fail to ask an elementary question from strategy 101: and then what? What will Russia do in response? And at the end of the sequence of actions and reactions, will Americans be safer than before? Bismarck warned against playing chess one move at a time.

In the high Cold War, Ronald Reagan knew that the Soviet Union was the “Evil Empire” and was determined to defeat it. At the same time, he recognized, as he frequently reminded fellow cold warriors, “A nuclear war cannot be won and must never be fought.”

What that meant for U.S. strategy was profound. If, for whatever reason, America found itself in a general nuclear war with the Soviet Union, America would have completely destroyed the enemy and vice versa. This meant an overriding categorical imperative to ensure that a nuclear war would “never be fought.”

If, for example, there were an accidental launch of nuclear weapons by either state, or either side should so severely misperceive or miscalculate the actions of the other that it stumbled into war, or there were a conventional war between the two that escalated to nuclear Armageddon, America would lose. If Russian leaders were to behave recklessly, as Khrushchev did in attempting to install nuclear-tipped missiles in Cuba, and that led to nuclear war, then moralists might seek consolation in blaming them, but the result for Washington would be a devastating loss.

Technology, in effect, made Russia America’s insufferable but inescapable Siamese twin. The strategic reality is even more horrific. However demonic, however destructive, however devious, however deserving of being strangled Russia is, the brute fact is that we cannot kill this bastard without committing suicide.

Cold War strategists learned that survival under these conditions necessitated shaping the competition around five Cs: caution, communication, constraints, compromise and cooperation. Recognition that even accidents could trigger a doomsday machine engendered caution. Communication in a deadly rivalry that magnifies misperceptions and misunderstandings is also a no-brainer. To paraphrase Paul Selva, the current vice chairman of the Joint Chiefs of Staff, the surest way to promote misunderstanding, whether in relations between individuals or in international affairs, is to cut off communication. Constraints on initiatives that one would otherwise take, especially in exercises of military force, were reflected both in tacit “rules of the status quo” and explicit arms-control agreements that emerged from bargaining, in which each party gave in order to get. Compromise—not only to achieve negotiated agreements, but in accepting (for an extended period) otherwise unacceptable facts (like Soviet domination of the captive nations of Eastern Europe)—was judged necessary to avoid direct conflict between large-scale military units that could escalate to the war that absolutely had to be avoided. And finally, this meant both tacit and explicit cooperation where each party could achieve more of what it wanted by working together than going it alone—including, for example, joint efforts to prevent the proliferation of nuclear weapons.

President Obama came to office with grand ambitions to “reset” relations with Russia and diminish the role of nuclear weapons in international affairs. When he stepped down eight years later, U.S.-Russia relations were at their lowest ebb since the nadir of the Cold War, and the possibility of the use of nuclear weapons in Europe had again become a topic of debate. While there can be no doubt that Putin deserves most of the blame for this outcome, the bottom line for Americans is whether they are safer now than eight years ago. Did Obama’s policy of “demonizing Putin” induce better or, alternatively, worse behavior? By punishing Russia for its unacceptable aggression against Ukraine by cutting off all communication and cooperation with Russia—including joint actions to secure nuclear weapons and materials in Russia and other countries, and communication between commanders in Europe and the Middle East whose military forces were operating in close proximity—did Washington decrease or increase the level of risk?

President Trump has an opportunity to make Americans safer by reversing these Obama initiatives and regrounding relations with Russia on the foundation of Cold War fundamentals.

Graham T. Allison is the former director of the Harvard Kennedy School’s Belfer Center and the author of Destined for War: Can America and China Escape Thucydides’s Trap?