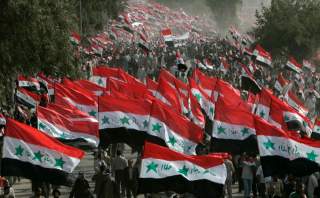 Iraq’s recent parliamentary elections left many Western observers disappointed after the current Prime Minister Haider al-Abadi’s Victory Alliance failed to match the significant gains by its rival al-Sairoon. The electoral list of al-Sairoon was built around the political vision of controversial Shia cleric Muqtada al-Sadr. Sadr has long been viewed as a nuisance to the United States due to his control of a Shia paramilitary group known as the Mahdi Army that frequently clashed with U.S. forces during their initial occupation of Iraq. In addition, Sadr’s May 30 reference to the United States as an “invader country,” which cannot be allowed to interfere in internal Iraqi politics led many journalists to question whether a Sadrist Iraqi government might prove openly hostile to the United States.

While there are many reasons to be concerned with Sadr’s rise to political prominence, his strong anti-Iran stance and fervent desire to root out political corruption in Iraq could ultimately produce many positive outcomes for the fledgling democracy. If the Sadrists can form a new government that effectively crosses sectarian and political lines, Iraq may be left with a ruling coalition that can moderate the Sadrists’ worst impulses while also addressing many of the structural problems that plague Iraqi democracy.

Western journalists have often characterized Sadr as a partisan Shia firebrand, but his success in the recent election was largely driven by his calls to abandon sectarian divisions. The son of a prominent religious and political activist, Sadr campaigned on the themes of ending political corruption, providing greater relief to Iraq's most impoverished communities, and embracing a new Iraqi nationalism that transcends sectarian lines. To achieve these goals, Sadr promised a government of competent technocrats chosen for their ability to deliver essential services to all people. This is a significant shift as traditionally services have been based on party loyalty or religious affiliation— two factors which have also historically played an outsized role in the selection process of government officials. Additionally, while Sadr did not include his name on al-Sairoon's list and is not a candidate to be named Prime Minister, he plans on having significant input in the selection of Iraq's new executive. For instance, former Iraqi ambassador the United States Lukman Faily contends that Sadr has, “always wanted to be the king maker — not the king.”

There is no doubt that Sadr's promised reforms would undoubtedly be a welcome solution to problems that have long ailed the Iraqi government. Despite Abadi's admirable efforts to root out corruption within Iraq's political system, Transparency International concluded that Iraq, “suffers from extensive, pervasive corruption across all levels of government and sectors,” and, “continually scores among the worst countries in the world in various governance and corruption indicators.” Furthermore, with millions of Iraqis struggling to repair their lives in the wake of ISIS’ defeat and over 20% of Iraqis now living below the country’s poverty line, significant action is needed to address the systemic poverty that has long hampered the advancement of the Iraqi underclass.

While Sadr’s opposition to the U.S. military’s presence in Iraq has left the American national security establishment understandably concerned, an Iraqi government that accelerates America’s departure from Iraq may turn out to be a blessing in disguise. ISIS has been virtually eradicated in Iraq, yet roughly 5,200 American military personnel remain in the country, primarily providing training and logistical support to Iraqi security forces. Ironically, the perception of the United States as an occupying military power has historically been one of the leading drivers of extremist recruitment, and this perception is likely to be further entrenched the longer the United States remains in Iraq despite there being no credible military threat.

The Sadrists' electoral gains are a clear indicator of the Iraqi peoples' growing discontent towards American presence in their country. A hastened departure of American troops may do more to preserve the long-term diplomatic relationship between Iraq and the United States than a protracted military presence that would further sour the Iraqi public's perception of the U.S. After spending over $2.4 trillion and losing over 4,000 American lives in Iraq over the past fifteen years, the United States should be happy to extract itself from Iraq once and for all.

Fortunately for the United States, Sadr is arguably even more incensed by Iran’s steady influence in Iraq than he is with America’s. Sadr has criticized Iranian meddling in Iraqi politics, promised to disarm the Iranian-backed Popular Mobilization Forces, and repeatedly denounced Iranian ally Bashar al-Assad as a dangerous war criminal. Moreover, Sadr has even developed close relations with the leadership of Saudi Arabia, which is Iran’s primary Sunni antagonist in the Persian Gulf. An Iraq that is reduced to an Iranian client state is decidedly against America’s national interest, as such a scenario would dramatically strengthen Iran’s position in the Persian Gulf. Iranian dominance would stabilize supply routes through which Iran could arm its proxies in Syria and Lebanon and increase tensions with Saudi Arabia, which would feel threatened by the prospect of Iranian militias operating along its border with Iraq. While concerns over Iranian influence are a major motivation for America’s continued presence in Iraq, Sadr’s victory will likely curb that influence even if the American military does withdraw.

However, there are many valid reasons for the United States to be concerned with Sadr's victory. The Mahdi Army, which has since rebranded itself as the "Peace Companies," contributed to some of the most brutal violence of the Iraq War. Sadr's Mahdi Army was involved in places like Najaf, Basra, and Sadr City— a legacy that remains firmly entrenched in the minds of many Iraqi Sunnis affected by this violence. Sadr's victory was aided by the millions of internally-displaced Sunnis who were unable to vote, many of whom remain concerned that Sadr's Iraqi nationalism is simply a mask for the Shia nationalism he championed in the past. Furthermore, Sadr has historically been, “largely opposed to women’s participation in politics and his followers have been violently intolerant of the LGBT community,” raising concerns that the political and social progress of these historically marginalized groups may face further obstacles with the growing political power of the Sadrists. Finally, Sadr called for the closure of the American Embassy in Baghdad as recently as last December, and some American experts fear that Sadr’s anti-U.S. stance extends beyond his opposition to American military presence in Iraq and could lead to a deterioration of diplomatic relations between the two countries.

The real impact of the Sadrists' electoral victory on both the United States and Iraq will ultimately be measured by the Sadrists' ability to form a functioning coalition government to pursue its reform agenda. Unlike many other populist reformers who lack the political savvy to transform their ambitions into actual policy, Sadr has the opportunity to identify and elevate a like-minded politician to the position of Prime Minister instead of being forced to fill that role himself.

An ideal and increasingly likely candidate is current Prime Minister Abadi, whose Victory Alliance could partner with al-Sairoon to form the backbone of a reform-minded government. Not only has Abadi initiated the early stages of anti-corruption reform in Iraq, but his leadership in defeating ISIS won him meaningful support from many Iraqi Sunnis who found themselves most threatened by the Islamic State. Also, Abadi, who is a Shia, mostly avoided stoking sectarian tensions the way his predecessor Nouri al-Maliki famously did and has proven himself capable of effectively governing Sunni and Shia Iraqis alike. An alliance between the pro-American Abadi, the Sadrists, and amenable Sunni blocs would be a significant step towards demonstrating Sadr's commitment to ending sectarian politics and would significantly reduce the likelihood of the Iraqi government adopting an unflinching anti-U.S. stance.

Conversely, Sadr could be forced to form a government with less-than-ideal partners should negotiations with Abadi fail to produce positive results. One such reported possibility involves Sadr aligning himself with the decidedly pro-Iranian al-Fatah bloc which won the second most seats in the most recent election. Such an alliance would likely not be Sadr's first choice since it would necessitate the government adopting a more neutral posture towards Iranian interference, but may be possible if Sadr struggles to find other viable coalition partners. The worst-case scenario, however, involves an end-run around Sadr by al-Fatah to form an alliance with former Prime Minister Maliki's State of Law coalition and other blocs that are affiliated with Iranian-backed militias. Iranian Quds Force commander Qasem Soleimani has attempted to broker that alliance, which remains rather unlikely and would be disastrous for Iraq. If Soleimani succeeded, it would firmly entrench Iranian influence while risking a return to the sectarian tensions that once defined Iraqi politics.

While the Sadrist victory in Iraq's recent elections is indeed a cause for concern for the United States, it also warrants a cautious sense of optimism. If Sadr can effectively form a coalition government united behind the mission of eliminating corruption and sectarian strife, it will dramatically increase the probability that his ambitious reforms will succeed. It remains to be seen whether Sadr is truly genuine in his stated desire to end sectarianism in Iraq, but the government he tries to form will significantly clarify the prospects for Iraq's political future and its relationship with both the United States and Iran.