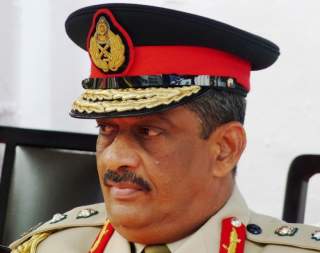 The United States is poised to deepen ties with Sri Lanka’s military. Such an initiative would likely include increased military cooperation between the two countries, training programs and possibly an uptick in military assistance heading to the war-torn island nation. While seemingly good intentions may be underpinning this policy shift, the Obama administration would be making a big mistake by moving in this direction. Accordingly, Washington should urgently reconsider its current approach.

The USS New Orleans, a U.S. Navy ship, just visited Sri Lanka. That’s the second ship to the country in the past few months. “The United States looks forward to working with the Sri Lanka Navy as a key force for maritime security and stability,” U.S. ambassador to Sri Lanka and the Maldives Atul Keshap said in a recent press release. Mr. Keshap had more to say on July 27 in Colombo, the capital.

Even though the precise steps for deeper military cooperation remain unclear, this looks like a profoundly disappointing development. After all, Sri Lanka’s military, and we’re not just talking about the army, is in desperate need of reform. The country’s military has been plagued by allegations of international human-rights and humanitarian law violations, including war crimes and crimes against humanity that were committed during the end of country’s civil war. No one has been held accountable to date. Due to human-rights concerns, the United States has maintained a limited military relationship with Sri Lanka for many years. Direct American military assistance ended in 2007, but the Chinese stepped in with alacrity.

Unfortunately, there have also been ongoing reports of torture and sexual violence, among other human-rights violations, committed by military personnel more recently. Nonetheless, in spite of all these credible allegations, Sri Lanka’s new government has given no genuine indication that it’s really thinking of reforming its military. To make matters worse, these transgressions occur with near total impunity, a situation that encourages more human-rights violations. Perpetrators simply do not believe that they will be held accountable.

Colombo has also been prevaricating on the controversial, yet hugely significant, issue of wartime accountability. Here, it’s helpful to keep in mind that Sri Lanka’s military is almost exclusively Sinhalese, yet most of the people killed during the war’s tragic finish were Tamil civilians. On the one hand, the coalition government has ostensibly committed to a transitional justice process that would include a truth commission and an accountability mechanism. On the other hand, the government still isn’t even explaining the (controversial) issues pertaining to transitional justice to its largely ethnic Sinhalese voting base. There are legitimate concerns that the government is not serious about transitional justice and that the ostensible commitment to this agenda is merely a way to placate the international community.

Instead of moving in the right direction vis-à-vis military reform or some semblance of justice for past atrocities, high-level military officials (who almost certainly have blood on their hands) have recently been promoted. For example, Sarath Fonseka is now a cabinet member. Mr. Fonseka is an alleged war criminal; he played a key role in the military defeat of the separatist Tamil Tigers in 2009, ending a civil war that lasted nearly three decades.

More broadly, Colombo has yet to begin a process of demilitarization. Instead, high levels of militarization across the country’s Tamil-majority Northern and Eastern Provinces have persisted. The military has its hands in a diverse array of civilian affairs, something that has clear and extremely negative effects on the civilian population.

Admittedly, military ties are just one part of bilateral engagement, and the Obama administration has been keen to reset a relationship that soured under the increasingly authoritarian Mahinda Rajapaksa, the country’s previous president, who ruled from 2005 until early 2015.

Washington is right to want Sri Lanka’s military to become more professional, although that’s going to be a long, slow process. Enhanced military cooperation between the two countries at this time would almost certainly ossify Sri Lanka’s intransigent attitude towards a genuine process of military reform and accountability that’s long overdue.

If the Obama administration really does want to help foster lasting changes, it should hold off on deepening military ties. And, before even beginning such a process, Colombo should take concrete steps to show its serious about comprehensive security sector reform.

To conclude, Sri Lanka’s search for truth and justice—especially for war-weary Tamils—looks set to become even more complicated. This unfortunate reality deserves to be recognized, especially within Washington’s corridors of power. After all, it’s not too late for the Obama administration to reconsider what appears to be a major unforced error.

Taylor Dibbert is a New Leader at the Carnegie Council for Ethics in International Affairs. The views expressed here are his own. Follow him on Twitter: @taylordibbert.