America Still Has Iran Sanctions—And They're Hurting the Nuclear Deal 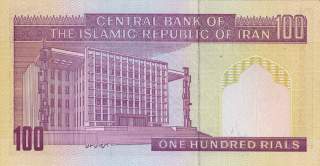 Years before the UN sanctions that prompted Iran and the Security Council to finalize the nuclear deal, there were substantial primary sanctions imposed by the United States. Those primary sanctions have been the topic of much discussion as they remain in place after the nuclear agreement and impact the effective implementation of the commitments made by the nuclear powers. This article looks at the primary U.S. sanctions and their impact on the successful implementation of the Joint Comprehensive Plan of Action (JCPOA).

Impact of the Sanctions on Iran

The intention behind the UN sanctions was to penalize Iran for its lack of cooperation with Security Council resolutions on its nuclear activities. In the final analysis, sanctions were intended to exert severe economic pressures on the Iranian economy, with the ultimate hope of forcing the Iranian government into an agreement. Iran faced challenging social and economic effects as the result of the sanctions. Iran's access to products needed for the oil and energy sectors was reduced and many oil companies withdrew from Iran. As the result of reduced access to efficient technologies, Iran also experienced a decline in oil production. With tightened sanctions and extension of the EU ban to ship insurance, major supertanker companies stopped loading Iranian cargo. The insurance ban affected 95 percent of the tanker fleet. As a result, Iran faced problem in finding customers for about 25 percent of its oil exports. While the level of oil export in December of 2011 was about 2.2 million bpd, it dropped to 860K bpd in September 2012. The result was a considerable increase in the rate of inflation due to sharp drop in revenues and sudden massive drop of local currency’s value. Iran’s oil income was further reduced by the increasing costs of obtaining its revenues while sidestepping sanctions imposed on Iran’s access to banking transactions.

After the Iranian banks were cut off from SWIFT, Iran was forced to accept only cash or gold, making it very difficult to sustain an economy dependent on exporting oil. Moreover, restrictions were imposed on the exports from Iran, limiting its access to further revenues. International companies were also reluctant to do business with Iran for fear of secondary sanctions imposed by the United States which meant losing access to U.S. markets. The actual effects of these measures meant more expensive basic goods for people in Iran and huge profits for enterprises friendly with the powers that be, as strong connections were required to get around the sanctions by smuggling. Socially, the effects are still felt in Iran, as trials for the blundering of hundreds of billions of dollars by people close to the previous administration officials are still underway.

With growing structural problems in its economy and massive mismanagement of the previous administration, Mr. Rouhani was voted into office in 2013 on the campaign promise of giving the priority to economic growth and progress. The new positive outlook of the Rouhani Administration – spearheaded by Minister Zarif – resulted in limited sanctions relief on November 24, 2013 (JPOA), and delivered the landmark nuclear agreement with the 5+1 countries after two years of diplomatic negotiations.

The impact of U.S. primary sanctions against Iran beyond the “nuclear issue” is of major concern to international financial institutions. Small and medium-sized international banks and financial institutions do not have the means or experience for financing large projects such as airplane purchases or development of infrastructural projects. Such financing could generally be done by major international banks, which thus far have been reluctant to resume normal banking and currency exchange relations with Iran without explicit legal clarification and license from OFAC. They are concerned with possible punitive measures and retaliatory U.S. penalties if they resume their cooperation with Iran without proper U.S. government assurances. As reported, major international banks have paid in the order of $15 billion in penalties to the U.S. Treasury for their cooperation with Iran in the past and therefore appear to be quite concerned about similar U.S. penalties in future.

Iran believes that the current atmosphere of distrust and concern by the major international banks has been created by the United States and more efforts are needed to create a positive atmosphere. Iranian officials point out that paragraph 24 of the JCPOA requires the United States to remove any restrictions that prevent Iran from obtaining the full benefits of sanctions relief. The State Department claims that legal authorization has been issued by the President, but OFAC contends that they cannot issue a general license to banks for their cooperation with Iran. Claiming undue delays by the United States, Iran has called for issuance of individual licenses to the international banks and financial institutions if OFAC cannot issue a general license. OFAC asserts that issuing individual authorization and license will depend on many factors. Claiming the process to be time consuming, OFAC has not yet issued any individual license to major international banks. Moreover, European banks are also concerned with the outcome of the U.S. presidential and congressional elections and do not appear to proceed without explicit assurances from the United States.

Iran has been isolated from the international banking system for more than ten years, creating new challenges for the Iranian banks and financial institutions. During the past ten years, international banking standards and regulations have changed considerably. Iran is in the process of modernizing its financial regulations to comply with modern international banking standards, including those on money laundering. The Ministry of Economy and Finance in Iran has been consulting with Financial Action Task Force (FATF) to update its laws meeting the required standards. Cooperation with FATF has recently become a high-profile contested political issue, including at the Majlis, and is keenly pursued by the same politician and political currents opposed to JCPOA and President Rouhani.

Most international financial transactions are done with U.S. dollars, requiring the transactions to be cleared through the U.S. banking system. Since the primary sanctions remain in force, Iran is barred from using U.S. Dollars, making it more difficult to trade with other countries. Additionally, Iran has experienced problems in obtaining its funds in U.S. dollars from other banks. Last month, the State Department tried to resolve the situation with a temporary lifting of the current regulations to give a short period for the transfers to take place. But the news leaked and the administration decided not to pursue it at the time.

During the nuclear negotiations, there were three exceptions to maintaining primary U.S. sanctions against Iran. These included sale of civil aircrafts and export of carpets and food items to the United States. Iran had asked to include the primary financial sanctions in the agreement, but the U.S. side disagreed. However, as stipulated in the JCPOA, the United States is obligated to remove all obstacles for the proper implementation of the sanctions relief. Earlier this year, the U.S. Treasury Secretary suggested licensing foreign clearing houses to acquire U.S. dollars, facilitating transactions with Iran.

On October 7, OFAC issued new guidelines, clarifying the scope of the sanctions, stating that non-U.S. banks can do U.S. dollar trades with Iran, but transactions should not pass through financial institutions in the United States. Although the United States had maintained that the sanctions relief measures implemented in January 2016 technically allowed international trade with Iran using U.S. dollar transactions, non-U.S. banks feared retaliatory actions by the U.S. authorities. It is a signal by the U.S. administration that they want the nuclear deal to be effectively implemented. The concern on the Iranian side is that despite the new clarification, major international banks might decide to maintain an over-compliance policy and wait for more consistency in implementation of JCPOA out of fear of punitive measures by other U.S. agencies such as DOJ. Clearing U.S. dollar transactions without passing through financial institutions in the United States will no doubt pose new challenges for major international banks.

The nuclear agreement has its foes in Iran, in the United States, and in countries in the greater Middle East. Those who benefitted from the previous state of affairs are trying either to totally derail this agreement or, failing that, prevent its effective implementation. In the United States, the political posturing during the presidential and congressional elections restrained the current administration from taking actions to strengthen the agreement. Meanwhile, in Tehran those against the agreement and the policies of the Rouhani Administration claim that the United States cannot be trusted to remain true to its commitments. Smooth implementation – and the ultimate success of the agreement will no doubt benefit everybody; Iran and the 5+1, the Middle East region in its entirety, and even the world at large. Its implementation would help improve relations between Iran and the international community, inclusive of the surrounding region, strengthen stability in the Middle East region, and lead to economic growth. A year after the JCPOA was agreed to in Vienna, both United States and Iran issued statements on July 14, 2016, reaffirming their commitments to ensure its success.