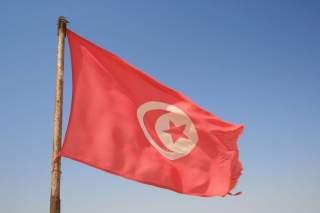 Tunisia’s democratic success is back in the international spotlight following the Nobel Peace Prize announcement. The prize is well deserved—the National Dialogue Quartet achieved a remarkable feat by putting Tunisia’s transition back on track while maintaining the respect of the Tunisian political class and the public. However, today Tunisia’s transition remains fragile and will require the full support of the international community—including the United States—to ensure the forces working against democracy in Tunisia do not succeed.

As the darling of the Arab Spring, Tunisia has generally enjoyed bipartisan support in Congress. Thus, it was surprising that Senate appropriators approved a foreign aid bill in July that would give Tunisia 35 percent less than the $134.4 million requested by the administration and approved by the House. The House bill includes an increase in Economic Support Funds (ESF) from $30 million in FY15 to $55 million in FY16 and an increase in Foreign Military Financing (FMF) from $25 million to $62.5 million. The Senate, conversely, would increase ESF only slightly (to $45 million) and FMF even less (to $30 million), despite Tunisia’s two recent terror attacks (in March at the Bardo Museum and in June at a resort in Sousse).

The Senate appropriators’ justification, in part, was that the State Department did not adequately explain the need for increased funds for Tunisia. Here I offer four reasons why Congress should fund the full $134.4 million request:

- Tunisia needs donor assistance now more than ever as it navigates an increasingly perilous security environment and continuing economic challenges.

- Tunisia has been a reliable U.S. partner.

- Investment in Tunisia has the potential to pay off around the region.

- The United States government has publicly and privately pledged its commitment to Tunisia.

Tunisian Head of Government Habib Essid said recently at the Council on Foreign Relations that “what happened in Tunisia is irreversible.” But while Tunisia has made tremendous progress on the path towards liberal democracy, Essid’s optimism is somewhat misplaced. As representatives of prominent U.S. democracy promotion organizations wrote in July, “To successfully address [Tunisia’s] considerable challenges … requires a recognition that Tunisia is still in a state of political transition that can be quickly reversed.” Tunisia’s progress is under threat from both deliberate attempts to undermine the transition as well as from a stagnant economy and continued economic injustice, which brought about the 2011 revolution in the first place.

Tunisia faces three separate but related security threats: homegrown terrorists, including those affiliated with U.S.-designated terrorist groups Ansar al-Sharia Tunisia and Al Qaeda in the Islamic Maghreb; Tunisians who have traveled to Iraq and Syria to fight with ISIL; and a porous border with Libya, allowing dangerous individuals to travel back and forth fairly easily. The two recent attacks on Tunisian soil directly targeted the tourism industry and Tunisian economy writ large, killing 20 tourists and two Tunisians at a popular museum in March and 37 tourists and one Tunisian at a coastal resort in June. The attacks achieved their desired effect—U.S. and European governments issued increased travel warnings, tourism decreased during the usually peak summer season and the Tunisian government responded by declaring a state of emergency, which was only lifted on October 2, and which further dissuaded visitors to Tunisia. In both cases, the Tunisian security services (many of whom were U.S.-trained) responded quickly and professionally. But further professionalization of law enforcement and other security services is necessary as part of a larger security sector reform project. Much of the Tunisian population remains wary of the security services, due to their role during the pre-revolutionary Ben Ali regime. And without additional counterterrorism training and equipment targeted at prevention, we are likely to see additional attacks on Tunisian soil.

Tunisia is also the source of the largest contingent of foreign fighters in Iraq and Syria. While Tunisian officials argue that this problem is now under control, they also note that lack of economic opportunity at home is one of the drivers of radicalization. Tunisia’s unemployment rate, at 15 percent, is above pre-revolution levels, and Tunisian youth, particularly those with a university degree, face even more dire job prospects with some estimates of youth unemployment as high as 40 percent. Tunisians, particularly the educated-but-unemployed, would benefit from the types of programs U.S. assistance can buy—such as increased soft skills and vocational training, support for small and medium enterprises, and technical assistance on macroeconomic reforms. As World Bank Country Manager for Tunisia Eileen Murray said recently upon the announcement of the Bank’s third Governance, Opportunity and Jobs Development Policy Loan of $500 million, “As Tunisia moves beyond the political transition, speeding up the pace of economic reforms will be critical to guarantee stability and further progress.”

Perhaps Tunisia’s biggest security vulnerability is from the continued conflict in Libya, which shares a relatively unsecure border with Tunisia. The terrorists who carried out both the Bardo and Sousse attacks traveled to Libya to train and then returned to Tunisia to conduct their attacks. Without proper border security weapons and other illegal goods can move relatively freely from Libya to Tunisia—and beyond.

Since the revolution, Tunisia has proven itself to be a reliable U.S. partner. While our asks of Tunisia are generally small, the Tunisian government has been “receptive and willing” in response to those asks, not pushing back, for example, on conditions for security assistance. In its latest demonstration of support, on October 3, Essid confirmed that Tunisia has joined the anti-ISIL coalition and will share intelligence with the United States and other coalition partners. This is not insignificant given the large numbers of Tunisian fighters in Iraq and Syria, as mentioned above. Tunisia has also left the door open for potential military support to coalition efforts.

Tunisia has, throughout its history, been a relatively neutral player on the international stage. We should not expect Tunisia to get involved in conflicts that run counter to U.S. interests. Furthermore, as the only successful Arab democracy, Tunisia and the United States share many of the same values (pluralism, inclusive governance, prosperity for all) upon which we justify assistance packages ten times that of the administration’s request for Tunisia.

Clearly if U.S. assistance were doled out solely based on a country’s willingness to cooperate with the United States, our aid distribution would look very different. Nevertheless, there is something to be said for both rewarding positive progress towards U.S. policy goals and interests (i.e. democracy) and for demonstrating a sincere desire to play nice both with the United States and our allies and partners.

Tunisians themselves are weary of being called a “model” for the region. Tunisia’s success is due, in large part, to factors that make Tunisia unique rather than representative of the region: a homogeneous population, a history of strong and effective institutions, and a military that has remained divorced from the political sphere. But Tunisia’s success can be a source of hope and inspiration and a particularly strong counterweight to those who argue that democracy simply cannot work in the Middle East. As former Secretary of State Madeleine Albright said, “Tunisia shows that democratic change is not an elusive goal in the Middle East and North Africa; it takes persistence, inclusivity and compromise… Those who are advancing the promise of democracy in Tunisia deserve strong and sustained international support.”

Additionally, while success in Tunisia may not cause other Middle Eastern countries to become democracies, particularly in the short run, failure in Tunisia is likely to have negative consequences for Tunisia’s neighbors and the larger region. Tunisia sits in a vulnerable place, with Libya to the east and the terrorist enclaves of the Mt. Chambi region on Tunisia’s western border with Algeria. Should the security situation in Tunisia drastically deteriorate, one could imagine a scenario in which Tunisia becomes a bridge across North Africa, allowing violent extremists easy transit west towards Morocco and on to Europe or east towards Egypt.

Democratic backsliding in Tunisia also has negative implications for political freedom and human rights throughout the Middle East. In the same way that Tunisia’s success debunks the myth that democracy cannot thrive in the Arab world, Tunisia’s failure would add fuel to the fire of those who argue that democracy is simply incompatible with the region. This line of thinking can be used by Arab autocrats to justify anti-democratic behavior and further repression that is antithetical to U.S. values.

Because We Said We Would

Finally, Congress should fully fund the administration’s request for assistance to Tunisia to make good on the many public promises White House and State Department officials, as well as members of Congress, have made to provide reliable and consistent support there.

Following his meeting with Tunisian President Essebsi in May, President Obama stated, “The United States believes in Tunisia, is invested in its success, and will work as a steady partner for years to come.” He went on to say, “we think it's very important for us to continue to expand the economic assistance that we're providing so that ordinary Tunisians can feel the concrete benefits of a change to a more open and competitive economy.” Fully funding the administration’s request would make good on President Obama’s assurance and tangibly demonstrate the U.S. commitment to Tunisia’s democratic transition.