America and the Geopolitics of Upheaval 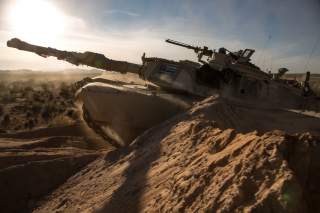 “THE ESSENCE of a revolution is that it appears to contemporaries as a series of more or less unrelated upheavals,” Henry Kissinger wrote in 1969. “But the crises which form the headlines of the day are symptoms of deep-seated structural problems.” Kissinger wrote this passage as the postwar international system was coming under unprecedented strain, with profound shifts in the global distribution of power driving incessant disruptions in U.S. foreign policy. His admonition applies just as well today, at the onset of a new era of upheaval.

During Donald Trump’s presidency and after, U.S. foreign policy is likely to be wracked by crises. The instability and violence along a resurgent Russia’s periphery, the growing frictions with an increasingly assertive China, the provocations of a rapidly nuclearizing North Korea and the profound chaos at work throughout the Middle East: these and other challenges have recently tested U.S. officials and are likely to do so for the foreseeable future. The world now seems less stable and more dangerous than at any time since the Cold War; the number and severity of global crises are increasing.

Yet crises do not occur in a vacuum; they are symptomatic of deeper changes in the international order. Accordingly, America’s responses will be ill-informed and astrategic unless Washington first forms a deeper conception of the current moment.

The geopolitical changes underway are often framed in terms of “polarity”—the debate on whether America’s “unipolar moment” is over and a multipolar world has emerged. But this debate is misleading. On the one hand, discussions of polarity frequently exaggerate American decline, obscuring the fact that even though Washington’s international superiority has diminished, its global lead over any single challenger remains quite impressive. On the other hand, the polarity debate actually obscures both the degree and breadth of the ongoing changes in the international system, and of the challenges facing American officials.

The fundamental fact of international politics today is that the post–Cold War era has ended. The defining features of that period were uncontested U.S. and Western primacy, marked declines in ideological struggle and great-power conflict, and remarkable global cooperation in addressing key international-security challenges. Now, however, the world has returned to a more normal—which is to say, more dangerous and unsettled—state.

The core characteristics of the emerging era are the gradual erosion of U.S. and Western primacy, revived great-power competition across all three key regions of Eurasia, renewed global ideological struggle, and empowerment of the agents of international strife and disorder. What makes the present period so tumultuous is that these forces often compound one another’s destabilizing effects; moreover, their collective impact is magnified by a growing uncertainty about whether America and other traditional defenders of the international system will continue playing that role in the future. American primacy is not dead, in other words, and true multipolarity is still a long ways off. But U.S. primacy is far more contested than at any time in a quarter-century, and the friendly contours of the post–Cold War system have given way to a darker and more challenging environment.

THE BEST way to understand the present era is to compare it to the previous one. The post–Cold War era was defined by four phenomena that made it historically favorable to American interests.

The first was uncontested U.S. primacy. America emerged from the Cold War with clear economic dominance, possessing nearly 25 percent of global GDP in 1994. It controlled nearly 40 percent of world defense outlays, along with utterly unrivaled advantages in global power-projection capabilities. Crucially, these capabilities not only gave Washington an enormous lead over any geopolitical competitor; they also provided the ability—as Saddam Hussein discovered in 1991—to marshal decisive military might in virtually all the key strategic regions around the world. In the nineteenth century, the British ship of the line symbolized London’s global primacy; in the late twentieth century, the American carrier strike group symbolized an even more imposing preeminence.

Nor was American dominance purely unilateral, because it was powerfully accentuated by the strengths of the broader Western coalition. In 1994, America’s treaty allies in Europe and the Asia-Pacific accounted for 47 percent of global GDP and 35 percent of global military spending, giving Washington and its closest friends upward of 70 percent of global economic power and military spending. Throughout the post–Cold War era, allied involvement thus lent added force to U.S. diplomacy on key issues of international order; from the Gulf War to the war in Afghanistan, allied contributions reinforced America’s ability to project military power overseas. This was no balance of power; it was one of the most pronounced imbalances the world had ever seen.

U.S. dominance was also evident in a second phenomenon—the decline of international ideological competition. Francis Fukuyama’s “end of history” thesis has been much derided, but it captured three indisputable facts about the post–Cold War era: that democracy and markets were spreading more widely than ever before; that there was no credible global competitor to the liberal-capitalist model; and that even former U.S. enemies, such as Russia, and authoritarian states, such as China, were making unprecedented efforts to integrate into the liberal order either economically, politically or both. To be clear, Western concepts of human rights and political democracy were far from fully accepted in these countries, and Russian and Chinese leaders—among others—sooner or later came to see liberal proselytism as a grave threat. But the intense ideological struggles of the twentieth century were clearly over, and the liberal model seemed incontestably ascendant.

These first two phenomena related to a third—the remarkable great-power comity of the post–Cold War era. The end of the Cold War did not, as was widely expected, see a fragmenting of America’s alliances, or a resurgence of Japanese and German revisionism. Rather, the major Western powers remained tied to America, largely because Washington continued to provide crucial global public goods such as security and leadership of an open global economy. Moreover, the sheer geopolitical dominance of the Western coalition meant that it was dangerous if not impossible for countries like Russia and China to mount serious great-power challenges of their own. Admittedly, there remained sometimes-serious disagreements between the United States and these countries, over issues from NATO enlargement to Taiwan, and those disagreements would grow more pronounced with time. But the danger of great-power war was nonetheless historically low during the 1990s, and great-power rivalries were more muted than at any time since the Concert of Europe.

All of these characteristics fed into a final post–Cold War phenomenon: remarkable multilateral cooperation in addressing the relatively mild international disorder of the day. With great-power conflict dormant, U.S. foreign policy and the international community focused largely on combating lesser geopolitical “spoilers,” from ethnic cleansing to mass-casualty terrorism to the actions of aggressive regional powers such as Iraq or North Korea. These efforts, in turn, were greatly aided by the relatively tranquil state of international politics. The absence of great-power conflict made it far easier to organize broad coalitions to confront malevolent actors, whether Saddam Hussein in 1990–91 or Al Qaeda after 9/11. In the same vein, great-power peace allowed America and its allies to devote increasing attention to other forms of post–Cold War disorder. The fact that NATO could focus on “out of area” interventions for roughly two decades after the Soviet collapse, for instance, was directly related to the paucity of more traditional geopolitical threats.

It would be a mistake, of course, to exaggerate how benign or pliable the post–Cold War environment really was. The “global disorder” of the period hardly seemed mild for the victims of catastrophic terrorism or ethnic cleansing; U.S. primacy was not omnipotence, as Washington’s travails in places from Mogadishu to Srebrenica to Helmand amply demonstrated. But by any meaningful historical comparison, the structure of international politics was uniquely conducive to the promotion of U.S. interests and ideals—a fact that is now the source of some nostalgia as the global system changes in five significant ways.

THE FIRST key structural shift underway is the erosion of U.S. and Western primacy. It is incorrect to see this change as a transition from unipolarity to multipolarity, for true multipolarity will not arrive anytime soon. The United States still possesses substantial economic advantages over its closest competitor, China, namely an $18 trillion GDP that (as of 2015) was more than $7 trillion larger than China’s, and a per-capita GDP roughly four times that of China. U.S. defense spending also remains around three times that of China, and Washington maintains enormous advantages in the power-projection capabilities—aircraft carriers, advanced tactical aircraft, nuclear-powered submarines and others—that allow it to command the global commons and exert disproportionate influence around the world.

What has happened over the past fifteen years, however, is that the extent of U.S. and Western primacy has diminished. The U.S. shares of global wealth and military spending have declined from 25 percent and 42 percent, respectively, in 2004, to around 22 and 34 percent in 2015. The drop-off among America’s allies has been more severe. U.S. allies in Europe and the Asia-Pacific commanded 47 percent of global GDP and 35 percent of global military spending in 1994; those shares had fallen to 39 and 25 percent, respectively, by 2015. Moreover, many of America’s most powerful allies—particularly in Europe—have undergone severe military decline. The British Royal Navy once ruled the waves, but now struggles to rule even the waters around the home islands; the German army faces equipment shortfalls so severe that its troops have had to exercise with broomsticks in place of machine guns. Western overmatch remains impressive by historical standards, but the global playing field is slanted much less dramatically than before.