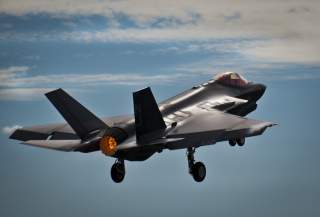 Thucydides loomed large over last month’s summit between Presidents Barack Obama and Xi Jinping. Both noted the ancient Greek historian’s insight about the potential for conflict between rising and ruling nations in the context of managing U.S.-China relations. Their remarks, however, suggest a misunderstanding of the very point Thucydides made that could most help avoid conflict between the two great powers.

In a speech in Seattle on September 22, Xi remarked that “There is no such thing as the so-called Thucydides trap in the world. But should major countries time and again make the mistakes of strategic miscalculation, they might create such traps for themselves.”

Two days later, Obama stated that he doesn’t believe in a “Thucydides Trap”—or in the inevitability of war between the U.S. and China. Instead, he formally announced that“The United States welcomes the rise of a China that is peaceful, stable, prosperous and a responsible player in global affairs.”

Obama and Xi were quick to disavow the inevitability of war.But Thucydides doesn’t mean inevitable in the way it might seem, and, indeed, the Thucydides Trap itself can relate to strategic miscalculation. A clearer understanding of the underlying text can give leaders in Beijing and Washington clues to manage China’s rise peacefully.

For its part, a peaceful rise would defy the historical odds. Graham Allison and the Belfer Center for Science and International Affairs at Harvard’s Kennedy School have begun a Thucydides Project to track instances of conflict between ruling powers and the rising ones that threatened to displace them. They have identified sixteen such cases over the past 500 years. In twelve, the outcome was war. As Allison noted in a major essay for The Atlantic last month, “The defining question about global order for this generation is whether China and the United States can escape Thucydides’s Trap.”

To be caught in Thucydides’s Trap, however, does not mean that war is fated. It means that the shifting balance of power will inevitably strain the U.S.-China relationship, while producing seductive but dangerous visions of the national interest.

While the statement that gives rise to the trap concept seems unambiguous, confusion over its meaning is understandable. “It was the growth of the power of Athens, and the fear that this inspired in Sparta, which made war inevitable,” Thucydides wrote in his account of the Peloponnesian War. The difficulty, however, surrounds the proper interpretation of the Greek word usually translated as “inevitable,” anankazo, the verbal form of the noun ananke, which can mean necessity, force, or compulsion. In explaining the outbreak of the war, Thucydides progressively defines Athenian power, Spartan fear, and necessity or compulsion. He does this by showing how the actors conceived of their strategic interests amid moving events.

Necessity (ananke) appears in many guises in Thucydides’ History. It relates to “shoulds” as well as external forces—such as the balance of power—but it generally involves the point of contact between the two. The term, then, can refer to the imperatives of the national interest, which involves not only a strategic circumstance but also the actor’s perception of that circumstance. To draw the threads together, the Peloponnesian War became inevitable (i.e., necessary) when Athens and Sparta saw no alternative to it. This is precisely the kind of path dependency that U.S. and Chinese policymakers must work assiduously to avoid.

The changing balance of power between the U.S. and China will assuredly influence how the countries conceive of their national interests.When inevitable conflicts between them arise, they will require adept and careful management, for events can all too easily spin out of control, which will only harden the perceived imperatives of the strategic interests involved. These dynamics will significantly increase the chances of strategic miscalculation or of escalating conflict in the direction of war.

Thucydides intended his work to be useful to those who seek knowledge of the past for the sake of understanding the present and future. Precisely because Thucydides was a political man of remarkable discernment, his work discloses characteristic ways that political communities can err in the pursuit of their interests. Although Athens and Sparta came to see no alternative to war, their long conflict took a massive human toll. War may be a permanent feature of international affairs, but the only question that should matter to policymakers is whether or not the next war is avoidable.

To quote President Xi again, nations all too easily make the “mistake of strategic miscalculation”—traps of their own devising. Obama and Xi are right to deny the inevitability of war. One Thucydides Trap that they would do well to avoid, however, is to refuse to acknowledge the deep strains that the shift in the balance of power will inevitably place—indeed, is already placing—upon the U.S.-China relationship.

S.N. Jaffe is a Political Scientist and Associate Researcher at the Berlin Thucydides Center of the Freie Universitat Berlin, and an Associate Member of the American School of Classical Studies at Athens. He has taught at Bowdoin College and the University of Toronto and is writing a book entitled Character and Contest—Thucydides on the Outbreak of War, under contract with Oxford University Press.