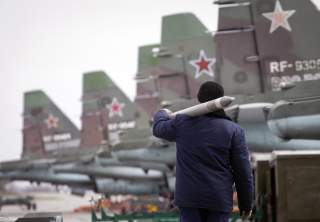 FOR THE first time since the Cold War ended, air-raid sirens sounded in Hawaii on November 28, 2017. The exercise was part of the revival of the state’s emergency warning system in response to the possible threat of North Korean nuclear missile attack. But the wail of the siren could also symbolize the coming of Cold War II.

Historians have never agreed about when the first Cold War began: in 1946, when the United States and Britain clashed with the Soviet Union over the Greek Civil War? During the later stages of World War II? With the communist coup d’état in Russia in October 1917? Agreement is also lacking about when, exactly, the Cold War ended: with Gorbachev’s 1986 address to the United Nations renouncing Soviet revisionist foreign policy? With the fall of the Berlin Wall in 1989? With the formal dissolution of the USSR in 1990, when Boris Yeltsin replaced Mikhail Gorbachev and became head of the newly minted Russian Federation?

The historians of the future may engage in a similar debate about when Cold War II started in earnest. Was it in 2014, with the unilateral Russian annexation of Crimea and the backlash this produced from the United States and its European allies? Or did Cold War II begin with the brief Russo-Georgian War of 2008? Others may seek the date in China’s move to secure its claims over the South China Sea by modifying and militarizing a number of disputed islands and reefs.

One thing is clear: within the last few years, what Yeltsin in 1994 called “the cold peace” between Russia and the American-led Western alliance has become both colder and less peaceful. Relations between the United States and China have become increasingly conflictual, in the military, diplomatic and economic realms alike. The cold peace of the 1990s and 2000s is over. Cold War II is here.

THE SECOND Cold War is a rematch among the same teams that opposed each other for most of the First Cold War. On the one side are the United States and its East Asian and European allies, including new NATO allies in central and eastern Europe and the Baltic. On the other side are Russia and China and their allies and clients.

In Cold War II, as in Cold War I, the rivals have organized competing military alliances. Following the Cold War, the United States maintained the NATO alliance and expanded it to Russia’s borders, over its intense objections. Similarly, in East Asia the United States maintained its Cold War alliances with Japan, South Korea and Taiwan, continuing an unstated policy of containing China as well as post-Soviet Russia. In response to the rise of Chinese military power and assertiveness, the United States has also taken part in the Quadrilateral Security Dialogue (Quad) along with Japan, India and Australia. The Quad is widely viewed as a de facto anti-Chinese alliance, part of what the Obama administration called the U.S. “pivot to Asia” in response to growing Chinese power.

All the non-Soviet states that were once members of the Warsaw Pact are now members of the U.S.-led NATO alliance. Russia has deterred NATO’s offers of membership for Georgia and Ukraine by means of its 2008 incursion into Georgia on behalf of the breakaway Ossetian republic, and its annexation of Crimea and support for Russian-speaking separatists in Ukraine. Meanwhile, Russia has tried to consolidate a sphere of influence in much of the former territory of the USSR, partly in the form of the Eurasian Economic Union, which includes Russia, Belarus, Kazakhstan, Kyrgyzstan and Armenia.

At the same time, Russia has allied itself loosely with China. The two great Eurasian powers, with other countries, have formed their own Eurasian alliance, the Shanghai Cooperation Organization (SCO). Founded in 2001, the SCO includes Iran and India and excludes U.S. military allies, with the exceptions of Pakistan and Turkey. In 2005 the SCO rejected a U.S. application for observer status. Thanks to the participation of China and India, the SCO includes the world’s two most populous states as well as Russia, the country with the largest territory.

While the ostensible purpose of the SCO is to combat terrorism, Sino-Russian military cooperation is the center of the organization’s periodic military drills (the next will be held in Russia in September 2018). The core members of the SCO include the three nations treated by U.S. military planners as America’s major adversaries: China, Russia and Iran.

China and Russia are also strengthening their relations with allies to boost their ability to project power far from their homelands. Having forestalled the possible loss of its Crimean port of Sevastopol by annexing Crimea, Russia entered the Syrian Civil War in part to secure its military bases in Syria.

Over the objections of the United States and many of its neighbors, China has announced sweeping claims to sovereignty over the South China Sea and sought to ratify them by constructing and fortifying artificial islands. The so-called “string of pearls” refers to a network of Chinese naval bases and civilian ports and shipping centers from the South China Sea to Bangladesh and the port of Gwadar in Pakistan, which some interpret as strategic encirclement of India. China has built a military outpost in Djibouti in the Horn of Africa, not far from the U.S. base in the same country at Camp Lemonnier. China’s extensive civilian investment and commercial activity in Africa and Latin America also extend its global reach, insofar as Chinese firms are subordinate to China’s authoritarian state.

Arms races are more evidence that the world has moved from cold peace to cold war. While Russia under Putin is expanding its nuclear arsenal, China has seemed content with a minimal arsenal for deterrence.

The United States has announced it will take new military and economic measures to retaliate against Russia’s deployment of a new missile that, according to Washington, violates the Intermediate-Range Nuclear Forces Treaty (INF), which eliminated both cruise and ballistic missiles from Europe. Meanwhile, some in Washington believe the INF treaty unnecessarily ties the hands of the American military. Republican hawks saw to it that Congress appropriated $58 million in the 2018 defense budget for the development of land-based cruise missiles. In December 2016, President-elect Trump tweeted, “Let it be an arms race,” following on an earlier tweet in which he declared that the United States “must greatly strengthen and expand its nuclear capability until such time as the world comes to its senses regarding nukes.” In turn, during an annual address this March, Putin displayed an animated video of hypersonic, nuclear-capable missiles raining down on what appeared to be the state of Florida.

Cold War II is also underway in the realms of espionage and sabotage. According to a February 2017 report by the U.S. Defense Science Board, the United States is threatened by cyberattacks from Russia and China, as well as Iran and North Korea. The United States claims that hackers associated with the Chinese government have stolen intellectual property to help Chinese firms. H. R. McMaster, then Trump’s national security adviser, announced in February in Munich that it is now “incontrovertible” that Moscow interfered in the 2016 American presidential election. In addition, according to the United States, foreign nations have planted malware in computer networks that can affect the U.S. electric grid. One form of malware, “BlackEnergy,” it is claimed, originated with Russia’s government and was used to attack the electric grid in Ukraine.

For its part, the United States has its own growing cyberwar capability. According to the New York Times, the United States has successfully hacked North Korean missiles, causing high rates of failure. Stuxnet, a malicious computer worm, is alleged to have been created by a joint U.S.-Israeli project to cripple Iran’s nuclear centrifuge program.

Like Cold War I, Cold War II involves a space race—or rather, space races. While both the United States and China talk about ambitious projects like sending astronauts back to the moon or Mars, the space race in Cold War II is being driven by military considerations. In 2007, China demonstrated its antisatellite capability by destroying one of its own satellites, in a test of a kind stopped by the United States and the Soviet Union in the 1980s because of the damage done by debris clouds. In summer 2017, China tested an ultrasecure spy satellite relying on the phenomenon of “quantum entanglement” between the satellite and ground stations, leapfrogging the United States in this branch of technology. In order to avoid reliance on the U.S.-created Global Positioning System, China has created its own rival global satellite navigation system, BeiDou. Meanwhile, in 2013, Congress passed a law prohibiting NASA funds from being used to collaborate with China in any way.

Since the retirement of the Space Shuttle program, the United States has ceded leadership in manned spaceflight to Russia, which has continued to send cosmonauts to the International Space Station. Lacking any current manned spaceflight capability, the United States has been reduced to having its astronauts hitch rides to the International Space Station on Russian rockets. Even more embarrassing, the Pentagon will rely on Russian-made rocket engines to launch military satellites for years to come, while funding the development of American-built alternatives by the United Launch Alliance, a Boeing–Lockheed Martin joint venture, and entrepreneur Elon Musk’s SpaceX.