The America We Love 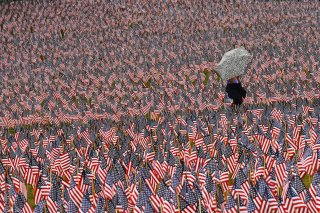 The now world-famous footage of Georges Floyd’s final moments is all but unbearable to watch. His murder does not befit a great nation. And America remains a great nation.

Beyond its material achievements, America has always had the power to inspire. The icons of the American civil rights movement taught generations of activists around the world, including in my native Morocco, how to contend with the forces of intolerance and chauvinism through the moral force of nonviolent protest. Such a struggle is not easy to wage, as the examples of Dr. Martin Luther King Jr. and other felled civil rights leaders attest.

Even now, over fifty years since King’s assassination, it cannot be denied that King’s dream of America remade as a “promised land” of complete justice and equality has yet to be fulfilled. And perhaps, it is for that very reason that Dr. King still has much to teach us about our current plight. In a 1967 speech, he rightly noted, “America must see that riots do not develop out of thin air,” and that, chaotic and violent though they may be, they often represent “the language of the unheard.”

At the same time, King was steadfast in his embrace of nonviolence, in his view that chaos in the streets would only delay the day when African-Americans achieved full equality. As he put it, “Riots are socially destructive and self-defeating . . . nonviolence is the most potent weapon available to oppressed people in their struggle for freedom and justice. I feel that violence will only create more social problems than they will solve.”

We know well how a protest movement, overwhelmingly peaceful and fueled by just demands, can yet be derailed by a minority willing, or even eager, to resort to violence. And we know how crucially important it is for law enforcement to behave with restraint and empathy when faced with a dynamic protest movement and a combustible political environment.

In recent days, we have seen worrying signs that the protests which arose spontaneously in response to the murder of George Floyd have begun to descend into arson and looting. Words cannot describe the frustration and the sadness that America’s friends, and all proponents of full equality for Americans of all races, feel at seeing her cities torn apart by intercommunal strife and lawlessness. Such lawlessness, if America’s own history is any guide, will more likely bring the harsh reimposition of a security state than lead to genuine reform and reflection.

Amidst all the tumult and tragedy of the moment, America should not forget that the world is still filled with many who look to it as an example. Like countless people, I have known the allure of the American dream, the idealism of a society that aspires to ever-greater measures of freedom and equality. The road will not be easy—it has never been easy—but I have never lost my faith in the ability of Americans to forge ahead.

As if to prove that such faith is not misplaced, last weekend, fifty-one years after Neil Armstrong and his crew planted an American flag on the moon, a crew of American astronauts again slipped the surly bonds of Earth, launching the first commercial space shuttle in human history.

Amidst pandemics and protests, American ingenuity and daring proved itself to be every bit the equal of prior generations. It was a sublime and hopeful counterpoint to a year dominated by somber notes—not unlike the 1969 moon landing, which coincided with civil unrest in the United States.

This year’s new space journey should serve as a reminder to America’s foes, friends, and above all Americans themselves that their nation serves and inspires humanity, then as now.