America: Welcome to the Era of Unprecedented Loneliness 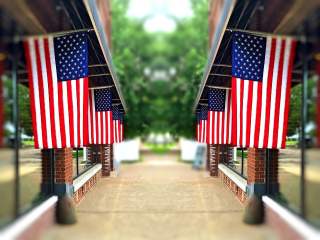 In our age of digital hyperawareness, with unending tragedy commanding the world’s attention and good news struggling to make itself known, it has become a tradition of sorts to brand the current year “the worst year ever.” As our consciousness grows, so does our perceived helplessness to shape events. In a trenchant commentary this past December, New Yorker staff writer Jia Tolentino observed that 2016 was “not the worst year ever.” She said it was the year she “started feeling like the Internet would only ever induce the sense of powerlessness that comes when the sphere of what a person can influence remains static, while the sphere of what can influence us seems to expand without limit, allowing no respite at all.”

Pankaj Mishra’s Age of Anger channels this zeitgeist and exemplifies his characteristic eloquence and erudition. A fellow with the Royal Society of Literature, Mishra notes, like Tolentino, the feeling that “anything can happen anywhere to anybody at any time.” He also explains that the erosion of familiar coordinates contributes to our impression of “a world spinning out of control.” The postwar order is fraying, cyber capabilities are advancing more rapidly than we can comprehend and strides in automation are raising fundamental questions about the kinds of labor human beings will perform in decades to come. Perhaps we live in an age of confusion—one that subsumes or, at a minimum, runs parallel to the age of anger that Mishra explores.

Against this backdrop of uncertainty, three of his propositions are especially resonant. First, the progression of the human condition is contingent, not inexorable. Second, growing numbers of individuals regard the postwar order as an antiquated imposition. Third, beyond lauding globalization and its abstract benefits, policymakers must discuss disorientation and its flesh-and-blood discontents.

Age of Anger’s passion sometimes devolves into hyperbole. Appearing from the outset, phrases such as “the global age of frantic individualism,” “[o]ur sense of impending doom,” “no realizable dreams of political change,” and “an extraordinary … destruction of faith in the future,” lose their persuasive power as the book progresses. But leaders who are struggling to process the present backlash against core aspects of globalization would do well to heed Mishra’s plea to “remember the irreducible human being, her or his fears, desires, and resentments.”

Invoking Jean-Jacques Rousseau’s 1761 novel Julie, ou la Nouvelle Héloïse, Mishra illuminates the enduring specter of “the uprooted insider in the commercial metropolis, aspiring for a place in it, and struggling with complex feelings of envy, fascination, revulsion, and rejection.” Mishra regards “ressentiment as the defining feature of [the] world,” rooted in “the rise of an industrial and materialist civilization” that emerged in eighteenth-century Britain and France and inaugurated an era of “ceaseless social and economic change.” Those who have been unable to ground themselves in this current have responded “to their own loss and disorientation with a hatred of modernity’s supposed beneficiaries.”

Many individuals feel excluded from modernity’s bounty. Per-capita GDP in the United States has risen by less than 1 percent annually since 2001, and at an even slower clip in western Europe. Between 2005 and 2014, moreover, real incomes in twenty-five advanced economies “were flat or fell for 65 to 70 percent of households, or more than 540 million people.”

But there is more to the anger Mishra chronicles than economic stagnation; anti-immigrant sentiment and a broader concern that continued global integration is eroding national identities are also at work. Also, there are some important caveats to his narrative. First, while it may well be global, the intensity with which anger is being experienced varies considerably by region. Across considerable stretches of the Americas, Africa and Asia, for example, it is tempered by growing national pride and economic optimism. Second, the conclusion that 2016 witnessed a populist groundswell against elites obscures perhaps as much as it clarifies. The Economist recently observed that “elite” has become sufficiently capacious a pejorative that it now denotes almost “anyone in a position of influence someone else thinks they do not deserve.” Third, while Mishra laments that the “the individual … is reminded frequently and humiliatingly of his limited everyday consciousness and meager individual power,” it seems that one could frame this age of anti establishment fervor at least as plausibly as an expression of individual impotence as of individual agency. Individual votes led to Brexit, Donald Trump’s triumph and numerous other results that have establishment leaders and thinkers reeling. Fourth, the fervor with which most individuals wished for 2016 to pass affirms a series of disjunctures between capacity and experience, and between reality and perception.

It has never been easier for human beings to communicate with one another, yet a growing number of observers conclude that we live in an era of unprecedented loneliness. U.S. Surgeon General Vivek Murthy told Thomas Friedman that the most prevalent illness in the United States is neither cancer nor heart disease, but “pronounced isolation.”

Judged by the rate of wartime deaths and the condition of the global nuclear order, the world is considerably safer today than it was during the Cold War. Back then, a high-level framework of bipolar stability concealed horrific carnage from civil wars, proxy wars, genocides and—on several occasions—nearly unleashed the very mutually assured destruction that it aimed to prevent. We are not presented, though, with a measured, long-term perspective, but instead with a sensationalized, visceral recitation of every barbarity.

An objective review of long-term trends would suggest that 2016 was the best year in human history in which to be born. Life expectancy and the rate of literacy continue to rise, while scourges such as malnutrition, infant mortality and extreme poverty continue to decline. Yet a November 2015 YouGov survey furnished compelling evidence of gloom. It shows that in thirteen out of seventeen countries polled, 10 percent or fewer of the respondents believed that the world was improving.

Age of Anger warns policymakers that a sustained disconnect between actual and perceived realities will continue to fuel discontent and disorder.