American National Security Is No Place for Amateurs 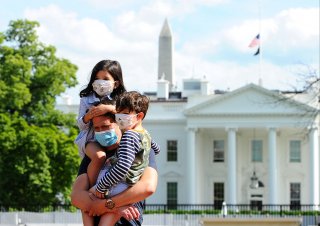 Back in the mid-1980s—before we got stars on our lapels, when we were just a couple of uniformed officers—we were able to serve our country in one of the most fraught periods in history. Douglass served as a director at the National Security Council and Oliver led the U.S. Navy’s Pacific-based attack submarines, stationed overseas to check Soviet expansionism. This was the height of the Cold War, and the stakes were high. We had a true peer competitor. The downside of an undisciplined or uneducated move by our commander-in-chief was mass American civilian casualties.

We were lucky. The commander-in-chief at the time was Ronald Reagan. He was a study in discipline. While he was happy to play the part of a genial older man—he joked that, if trouble broke out, his aides should wake him, even “if I’m in a cabinet meeting”—he was a stickler for preparation. He read the briefing books the National Security Council staff prepared for him like they were the gospel. His meetings with senior military officers were serious affairs for him. He wanted to take in every ounce of insight they could provide. For him, the military was not a prop for public displays of respect; it was a resource he relied upon—one he worked with to design a strategy he executed to perfection. The end of the Cold War, and the relatively stable breakup of the Soviet Union, is the greatest American national security achievement since World War II.

As the coronavirus has shown—and North Korea and China seem intent on proving—we are in as much peril as we have been since the Soviet Union fell. American security requires another Reagan-style commander-in-chief in the White House. In the 2020 race, at least on matters of national security, Joe Biden is the more Reaganite potential commander-in-chief—and Reagan would not recognize the erratic and uninformed national security approach the current administration has instituted.

Biden’s closer similarity to Reagan is a matter of temperament—yet, it is a matter of policy, too. Reagan believed we must be prepared for any threat, even if, in hindsight, it was not as large a threat as we imagined. The public saw this through his famous ad asking “isn’t it smart to be as strong as the bear . . . if there is a bear?” We saw it more personally when Reagan would gather senior generals and admirals in the Situation Room and ask if we were ready for a given threat—and that the answer better be “yes.”

Joe Biden is cut from the same cloth. Most recently, he laid out exactly what needed to be done—or, more accurately, what capabilities needed to be restored—to curtail the damage the coronavirus has since wrought on Americans’ lives and livelihoods. The administration, however, was slow to act. Biden, like Reagan, would use science to guide action and protect Americans. Biden, like Reagan, would never discount the advice of the National Security Council and leap to vacant promises that the virus would disappear “like a miracle.”

Reagan and Biden have a similar understanding of America’s foes. Reagan saw America’s enemies as implacable, perhaps to a fault. During the 1980s, the two of us actively executed his plans to convince the Soviet Union that the Cold War was a war it could never win. He understood the USSR was a foe, and our job was to contain it. Biden similarly sees Russia and China as revisionist powers undermining America’s traditional global leadership, going so far as to brand Russia an “enemy.” Even the Iran Deal—an effort Biden helped to lead—was a study in the Reaganite phrase “trust but verify.”

Given Biden’s realistic, Reaganite view of America’s adversaries, it is impossible to imagine him saying he “fell in love” with Kim Jong-un or taking the word of former KGB agent Vladimir Putin over the findings of his own intelligence personnel.

We both served our country during the Vietnam War. We both lost friends fighting there. It is gut-wrenching to know, then, that the coronavirus has killed more Americans—and left more people like us, nursing memories of fallen friends—in just a few months than the Vietnam War did in eleven years. American national security is no place for novices. Reagan knew that serious threats require serious leadership from the commander-in-chief. Commanders-in-chief have long understood the serious burden placed upon their shoulders, from Washington forming this nation to Lincoln holding the Union together to Franklin Roosevelt leading us through World War II.

Biden understands the awesome responsibility of the commander-in-chief. The contrast is crystal clear.