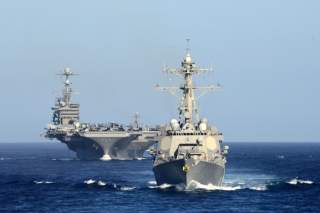 Over the past year, real-estate tycoon Donald Trump mesmerized the American media during his run for the presidency. He broke every rule of expected conduct for presidential candidates and not only survived—he thrived. Many of his attention-grabbing departures were matters of style and character. But among his heresies were some novel policy proposals—especially in foreign policy. Trump called into question NATO’s usefulness; promised to start trade wars with China, Mexico, and Japan; and openly admired the autocratic ruler of Russia while disparaging the leaders of the United States’ democratic allies. He embraced waterboarding and threatened to kill terrorists’ families while simultaneously promising to keep America out of foreign entanglements and let Russia sort out the Middle East. During his first major foreign policy address in April, he openly called for an “America First” grand strategy. He argued that the United States has been taken by its allies and rivals alike, played for a fool by free riders coasting on America’s overly-generous provision of global stability. It is time, in Trump’s view, for America to step back and the rest of the world to pay up.

Trump’s foreign policy vision amounts to a repudiation of the liberal international order—an order of which the United States has been a chief architect, beneficiary, and guarantor since World War II. Trump’s message cannot be dismissed simply because the messenger is unattractive: he is echoing, in a more populist and belligerent register, an argument advanced by credible and respected scholars since the end of the Cold War. Immediately after the fall of the Soviet Union, Eugene Gholz, Daryl G. Press, and Harvey M. Sapolsky argued that the United States can and should withdraw most of it military forces deployed abroad, pull out of the North Atlantic Treaty Alliance (NATO) and other alliances, and need not be concerned about the success or failure of democracy in other countries. With the end of the Soviet threat, the United States no longer needed to sustain the costs of its global presence and leadership. The United States enjoyed unparalleled security, in their view, and could afford to withdraw its overseas military presence and wind down its alliance commitments.

Their argument has gained ground since the failure of U.S. efforts in Iraq. Barry Posen in his recent book Restraint distrusts hypothetical causal chains that purport to explain how small incidents would lead to major threats: “The United States should focus on a small number of threats. . . . It can do that because the United States is economically and militarily strong, well-endowed and well-defended by nature, and possessed of an enormous ability to regenerate itself.” Posen believes that the United States can choose the threats it focuses on because they are small enough compared to its strength and argues that the United States should redeploy its military forces homeward and withdraw from most alliance commitments.

Whether or not Trump wins in November, and his foreign policy ideas are increasingly popular. In a recent Pew Research public opinion survey, a majority of Americans said that the United States should “mind its own business internationally” and expressed the belief that the nation plays a less important and less powerful global role than it did a decade ago. The number of Americans holding these opinions was the largest in over four decades of Pew asking those questions. Other candidates than Trump, including Rand Paul and Bernie Sanders, echoed many of the arguments of the “restraint” school of thought in their recent campaigns. Even some aspects of President Obama’s foreign policy, such as his withdrawal from Iraq and Afghanistan, his hesitance to intervene in Syria, and his open doubts about the feasibility of military force against Iran, seem to reflect an instinct for restraint.

The advocates of internationalism face an urgent task: to explain why liberal order matters and why the advocates for restraint are wrong. The United States should sustain its leading role in world affairs, including its global alliance network and far-flung military deployments, for the foreseeable future—not because the U.S. is in imminent danger of invasion or to check an aspiring Eurasian hegemon, but to invest in culture of liberal order in the world’s key regions. The advocates of restraint have an impoverished view of what constitutes world order and why it matters; consequently, they have an overly narrow view threats to American interests. A broader view understands that American power and liberal order are mutually constituting; that liberal order is the outer perimeter of American security; and that sustaining liberal order in the world’s key regions is a cost-effective grand strategy for the United States.

Restraint rests on an overly narrow conception of “security” and a misunderstanding of the relationship between American security and world order. Advocates of restraint argue that the two are separable: America might be safe even in a hostile, unstable, illiberal world, and therefore can safely look to its own shores and remain relatively uninvolved in developments abroad. These scholars are correct that at the most basic level, security is the protection of American lives and territory from immediate physical harm. And if that were the full extent of America’s security concerns, a radical reduction in America’s military budget and overseas presence would be appropriate.

But defining security exclusively as protection against invasion and conquest is an overly narrow and provincial conception of security. As Robert Art has argued, “America’s purpose in the world cannot be reduced simply to self-protection.” There are other forms of insecurity: invasion is not the only form of coercion because, at the most obvious level, in a world dominated by a hostile, illiberal power America would be vulnerable to economic strangulation and blackmail. A world economic order dominated by mercantilism, autarky, or imperialism would make Americans, along with everyone else, poorer and less economically free. The U.S. is more integrated with the world economy now than in decades: trade as a percentage of U.S. GDP rose from less than 10 percent in 1960 to 30 percent in 2013, according to the World Bank. Sustaining a relatively open global trading regime is essential to U.S. prosperity and, thus, national security. That is why policymakers regularly see “security” in broader terms seeking to build a favorable international environment.

Nor is this simply about trade. The trading regime is only the most concrete example of a much broader phenomenon that is central to U.S. national security. The United States exists in a social system comprised of the patterned interrelationships among 193 sovereign states, scores of intergovernmental organizations, and hundreds of multinational corporations, regulated by thousands of treaties and centuries of precedent. The international social system—or “world order” for short—is defined by its most powerful members, articulated in norms and ideologies, embodied in institutions, and gives rise to a discernable culture in which states operate. World order is a political and cultural formation with settled rules, arrangements, and norms that guide states’ interaction. The culture of world order shapes how states treat each other, what expectations policymakers have of other states, whether a given treaty or initiative is considered politically feasible or not, and what states believe is “normal” and what counts as “aggressive.” In this view, American national security is linked to the growth of a favorable culture of world order—which implies a much greater and more expansive American role in the world.

Advocates of restraint fail to appreciate the reality of norms, institutions, ideology, and culture in constructing security. Their focus on the formal structure of the international system leads them to argue that all states are guided by a similar logic according to a rational-actor model, regardless of their domestic political makeup, the beliefs of their policymakers, the presence or absence of democracy, or other factors. This is surely wrong. In a real sense, the world is not anarchic and states are not identical units. Realists’ focus on structure has obscured the importance of other environmental factors shaping state behavior. While there is no legal authority, there are norms that guide behavior and set expectations and function like an informal “constitution” for world order. Additionally, states differ from each other by their position in the international system, their ideologies, their strategic cultures and histories, their capabilities, and their beliefs about the justice or injustice of world order. International politics is thus not the product of a one-dimensional pursuit of power by all states under uniform conditions; it is a response by different kinds of states to an environment of power, as perceived through the lens of differing identities and ideologies.

The culture of world order is relevant for U.S. national security. If the narrower, territorial conception of security focuses on whether or not there is a bigger fish in the ocean, the broader conception worries about poison in the water. It matters that much of the world, including its legal regime, trading institutions, and efforts at arms-control, are informed and guided by liberal norms. Liberal norms comprise the atmosphere in which American research, innovation, learning, exploration, discovery, production, trade, entrepreneurship, travel, humanitarianism, proselytism, tourism, diplomacy, and more take place: it is where the nations live, move, and have their being. A world of liberal norms makes it easier to do all these things. A world of illiberal norms makes it harder, costlier, riskier, and, in some cases, illegal or impossible.