American Primacy in a Multiplex World 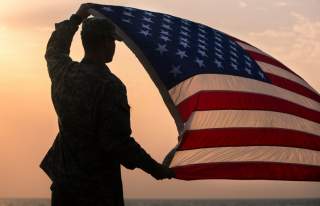 The real question about America’s role in the world today, as I have argued in The End of American World Order, is not whether America itself is declining, but whether the international order it built and dominated thus far, which some call the liberal international order or the American world order, will be enduring. The two issues are often conflated but, in fact, are different. Whether America is declining is debatable; the fate of the American world order is less so. As Joschka Fischer, Germany’s former foreign minister, recently wrote: “Looking back 26 years, we should admit that the disintegration of the Soviet Union — and with it, the end of the Cold War — was not the end of history, but rather the beginning of the Western liberal order’s denouement.”

Where does that leave the issue of American primacy? It depends on how one defines the term. Joseph Nye, one of the principal defenders of American primacy today, carefully distinguishes primacy from hegemony and defines the former as “a country’s disproportionate (and measurable) share of all three kinds of power resources: military, economic, and soft.” On that basis, he concludes that the United States will retain its primacy at least until the first half of the present century.

Whether the United States could lead in each of three areas — military, economic, and soft power — is questionable. China by some measures is set to overtake the United States as the world’s leading economic power. A recent estimate in Bloomberg shows that in 2001, America’s GDP ($10.6 trillion) was eight times that of China’s. By 2015, the American GDP was only 1.6 times China’s — $18 trillion to China’s $11.4 trillion.

America will continue to be the world’s leading military power. But China’s growing anti-access/area denial (ACAD) capabilities cuts America’s edge at least in the East Asian region. America’s lead in soft power (which is much harder to measure) is facing its most serious challenge today, ironically not from outside but from within America itself. How attractive can America be to the rest of the world in an era of rising domestic nationalism, protectionism and possibly Donald Trump?

I view primacy mainly in terms of order, rather than power. American primacy rests not mainly on its national power resources, but on its ability to manage international order, especially through the institutions it created after World War II to legitimize its primacy. That multilateral system, comprising the UN, IMF, World Bank, WTO, etc. is fragmenting. What is taking its place is a complex patchwork of bilateral, regional and plurilateral arrangements. Some are parallel institutions established by BRICS; others are partnerships between governments, corporations, and social movements. Many of these are neither the result of U.S. initiatives nor under its control. Some challenge the authority of the big multilaterals created by America in the era of its post-War ascendancy, which, as the U.S. National Intelligence Council Report, Global Trends 2030, acknowledged, is fast “winding down.”

Moreover, the principal challenge to American primacy comes not from multipolarity, or the rise of new powers, but from the rise of new threats. Despite their hype, China, India, Brazil, etc. are not a cohesive lot. India and China are pursuing conflicting regional and global objectives and threatening each other. The BRICS face major economic and political uncertainty. They seem more effective in frustrating American interests and approaches than providing solutions to the world’s problems. But the threats to American interests today are much more complex and challenging now than ever before. As Leslie Gelb points out, “Terrorists and civil wars are much more elusive military targets than troops fighting in battalions.” They could be the real reason why American primacy is under challenge in today’s world.

Multipolarity, as derived from past European experience, implies an international system in which a number of great powers enjoy primacy in both challenging and managing international order. But the main players today — both the makers and breakers of order — are not just great powers or states, but also international institutions, corporations, social movements and terrorist groups. And compared to the pre-World War period, the relationship among the major players is marked by a deeper and broader forms of interdependence; not just in trade, but also in finance and production networks, and shared vulnerability to transnational challenges such as climate change, pandemics and financial meltdowns.

The emerging world is better described as a multiplex world: a world of multiple actors, culturally and politically diverse but economically interdependent, facing complex global threats against which the authority and role of the big multilaterals are challenged by a messy multitude of institutions and networks, large and small, public and private. As in a multiplex cinema, the world today has multiple actors, plots, producers and directors. No single power dominates across all three indices of power — economic, military and soft. Primacy—whether absolute hegemony or relative preponderance of a single nation in all of Nye’s three kinds of power resources—is not feasible.

How can the United States cope with a multiplex world? To start, it must replace the old-fashioned notion of primacy and embrace shared leadership. In his West Point speech in 2014, President Obama declared, “America must always lead on the world stage. If we don't, no one else will.” Such hyperbole is unrealistic for America and unhelpful for world order. It stokes a free-riding mentality even among America’s capable allies. Not only does the United States lack the interest and resources, it also lacks the domestic support to lead in diverse areas where collective action is needed. As David Rieff argues, in some areas, the United States will lead, while in others, it will be on the sidelines and be prepared to be led. For America’s allies, it’s time to take initiatives in areas of global and regional interest.

A multiplex world requires more attention to regional orders. Henry Kissinger argues that, “The contemporary quest for world order will require a coherent strategy to establish a concept of order within the various regions and to relate these regional orders to one another.” The United States needs to decenter, prioritize and regionalize its grand strategy, encouraging middle powers, regional powers and regional organizations, many of which share America’s strategic goals if not its means. This would mean going beyond its traditional alliances or like-minded groups such as G-7, the TPP and TTIP. Supporting and working through inclusive regional institutions, such as ASEAN and the African Union, will be critical to managing regional issues.

The multiplex world will not be entirely peaceful. But absolute peace is illusory. The goal should be relative stability, preventing major power war, genocide, and managing regional conflicts resulting in acute human suffering. Strategic decentering, shared leadership and consensual reform of global governance will go a long way in realizing that goal.