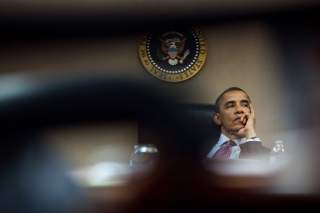 The 2015 National Security Strategy (NSS) of the United States says the nation’s primary strategic imperatives are to ensure the “security of the United States, its citizens, and U.S. allies and partners; A strong, innovative, and growing U.S. economy… A rules-based international order…that promotes peace, security, and opportunity…” The Pentagon seeks to accomplish those objectives by “employing the instruments of national power in a synchronized and integrated fashion...” Those laudable goals make up our strategic theory. But how are we doing in the only place it matters: on the muddy, messy, and complex ground?

We’re in desperate need of change.

If the national objectives outlined in the NSS have been our target, our foreign policy has failed miserably over the past several decades and currently works at cross-purposes to American interests. Consider the national and international environment that faced the United States on September 10, 2001, the day before the horrific terror attacks: there were no American troops engaged in any war. The U.S. economy was very strong, enjoying a budget surplus that year of $163 billion. Al Qaeda, small in numbers, posed a limited threat to the U.S. and the world.

Since that time, American combat troops, often numbering in the hundreds of thousands, have been continuously fighting wars on multiple continents; the budget deficit for FY2016 is projected to be $474 billion; and the terrorist threat has exploded in capacity and capability, representing a serious threat to the United States. Are these developments merely a product of external factors foisted on our country, or have our strategic actions been partly to blame?

Without a doubt, external forces and organizations seek to harm the United States, and many are actively engaged in fighting against our interests. But the record unambiguously and painfully shows that our actions contribute mightily to the deteriorating economic and security situation.

Prior to 9/11, the Taliban in Afghanistan posed no threat to the United States. Because of our invasion in 2001, the U.S. has spent hundreds of billions, and lost thousands of Americans killed and wounded; presently, the terrorist threat there is profoundly greater than before our policies were applied. In early 2003, Saddam Hussein was in power in Iraq, where he was a limited threat to other countries in the region and his country had no terrorist presence—and Iraq posed no danger to the U.S. Now, large parts of Iraq are beyond the control of the dysfunctional government in Baghdad, and the country is a veritable breeding ground for regional and global terror threats, not to mention being highly influenced by Iran.

In other areas of the world, the preponderance of evidence indicates that targeted drone attacks have created far more enemies to America than ever were taken out. The trillions of dollars the U.S. has spent, above base military budgets, on all the global conflicts since 9/11 have contributed to a worsening economy and continue to be a drain. Further, the U.S. military’s nearly sole focus on counterinsurgency over more than a decade has eroded our conventional fighting capabilities—just as conventional threats have exploded in Europe from Russian actions and recent aggressive actions and in Asia by China. Both could threaten U.S. interests.

American national security has been weakened because of a near-sole focus on using military means to solve almost every foreign problem. In the past, the possibility of using military power was considered an option of last resort. In the post-9/11 world, it seems, it has become a policy option of first choice.

The results have been and continue to be disastrous for the country. The current batch of foreign policy leaders and so-called experts have become so steeped in the belief that using military power is necessary to face every problem that it is unlikely they will be able to change. If no changes are made, our policy elite will continue to take counterproductive actions and American interests will continue to suffer.

The stakes in today’s international environment are greater now than at any time since the end of the Cold War. The threat from terrorism remains serious. But there are also significant large-scale threats. In recent years we’ve seen a resurgent and aggressive Russia, a China flexing its muscles regionally and the enduring potential for trouble from Iran and North Korea. For America to navigate this increasingly complex world, a change in how foreign policy is made will be required. Reinforcing failed policies can no longer be tolerated. It is time for a new foreign policy mindset to evolve—one that recognizes that the application of lethal military power can often be the worst possible solution.

What is need are men and women who are able and willing to soberly recognize when existing tactics or policies do not succeed, regardless of how popular they may be. These new leaders must be creative and courageous enough to discover new means to safeguard American security and economic interests. I am a strong proponent of maintaining powerful armed forces that have the ability to crush any opponent who threatens the safety and security of our citizens. But that instrument should be used rarely, and only after all other ideas have been thoroughly tried and exhausted (i.e., not that alternatives were merely considered).

If the objectives are to ensure the security of our citizens and to have a strong domestic economy, then our foreign policy must now evolve. We can’t afford any more expensive failures using the bankrupt concepts that have dominated for decades.