An American Strategy for Making the Iran Deal Work 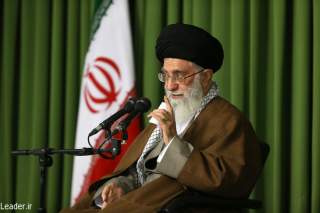 For the past eighteen months as representatives from Iran and the P5+1 have negotiated a potentially historic nuclear agreement, a debate has raged on the contents of the deal. While the document itself is critical, what will be more decisive for the success or failure of the agreement is the set of regional, global, and non-proliferation policies that the United States pursues in the aftermath.

If the deal is achieved, in ten to fifteen years the world could see a more moderate Iran, reduced instability in the Middle East, and a stronger global non-proliferation regime. But with poor execution and the wrong policies, the United States could face a very different world in 2025: a more hostile and aggressive Iran on the verge of acquiring nuclear weapons; a Middle East still drowning in sectarian violence and civil war; and an international perception that the nuclear agreement with Iran was a historic mistake.

Thus, the main focus of American policy in the aftermath of a deal should be to leverage the opportunities presented by the nuclear agreement while reducing the downsides and risks.

Strengthen the Deal Outside the Deal

The first U.S. objective should be to ensure that potential loopholes in the deal or lax implementation over time do not lead to Iran obtaining a nuclear weapon. The United States can work with key stakeholders including Congress, Israel, and like-minded European and Asian partners on a series of measures outside the direct negotiations that set conditions for effective long-term enforcement.

The executive branch should consult with Congress and together negotiate legislation that includes provisions for reimposing sanctions in the event of Iranian violations. Making Congress a stakeholder can increase bipartisan support for the deal that can outlast the Obama administration, and channel Congressional skepticism into a tough oversight mechanism.

It would also be important to have similar consultations with Israel and our European and Asian partners. For the Israelis, a robust consultation that creates the most effective enforcement mechanism possible will significantly reassure them. The focus of consultations with other likeminded partners should be on a fallback mechanism for “snap back sanctions” that could be imposed without the Russians or Chinese. According to reports, the final agreement will have automatic provisions, which both Russia and China have accepted, for reimposing sanctions. But it would still be valuable to have a fallback mechanism outside of the agreement.

Pressure and Engage Iran to Stabilize the Middle East

In the Middle East, the United States will face a difficult balancing act. Emboldened Iranian hardliners who believe that Iran is ascendent may push more aggressively in their support for regional proxies in Syria, Iraq, Yemen and Lebanon. America’s traditional Sunni Arab partners may increasingly believe that they are being abandoned by an American pivot to Persia, leading them to act more aggressively and stoke sectarian fires.

At the same time, Iranian pragmatists such as President Rouhani who prioritize economic engagement and international legitimacy over revolutionary ideals may also assert newfound influence having succeeded in delivering on their promises of sanctions relief. And increased engagement with Iran might also presents opportunities for greater cooperation to stabilize the region and combat ISIS.

To manage this situation the United States should pursue a dual-track strategy with Iran just as it pursued economic pressure and diplomatic engagement on the nuclear front.

First, the United States should increase its efforts to counter Iran’s regional surrogates and proxies. Such an approach is intended to deter Iranian meddling in the region by signaling to Iran’s leadership that Iran is not ascendant in the region and that if it pushes too far it risks a direct conflict with the United States. These actions would also signal to America’s Arab partners that the United States is not abandoning them. The United States could for example increase interdictions of Iranian weapons shipments, improving intelligence cooperation with its partners, and pursue more aggressive joint covert actions against Iranian supported terrorism.

At the same time, the United States should maintain its current conventional military presence in the Middle East after an agreement to deter bad Iranian behavior and reassure partners. The United States could also consider increased arms sales to the gulf states. Ideally, these should focus on defensive capabilities such as minesweepers and ballistic missile defense.

Even as it increases pressure on Iran, the United should also cooperate with Iran on issues of common interest both to stabilize the Middle East and increase the likelihood of a more moderate and cooperative Iran. A natural first step would be improving communication. For thirty-five years, Iran and the United States have lacked direct channels for dialogue, but that taboo has now been broken. The United States should also look to deepen economic and cultural ties between the two states. On the security front, cooperation can start small, with issues that are less politically charged and where American and Iranian interests are more congruous such as Afghanistan where the United States and Iran have a history of cooperation.

Taken together, an approach that clearly communicates to Iranian hardliners and America’s Arab partners U.S. determination to counter harmful Iranian actions, while concurrently leaving the door open for engagement could over time shift the regional dynamic and the calculations of the key actors. They could over time open the door to credible negotiations that include Iran, the Sunni Arab States, and external great powers, and could over time lead to political settlements to civil wars in Syria, Iraq, and Yemen.

Leverage the Agreement to Strengthen the Non-Proliferation Regime

A third objective in the post deal environment should be to use the agreement to strengthen the global nuclear non-proliferation regime. The United States should take the most positive elements of the agreement with Iran and turn them into global best practices. The most relevant elements are the transparency and inspections mechanisms, which go beyond the standard set by the Additional Protocol. Getting other states to agree to this new standard would improve monitoring around the world, making it more difficult for potential cheaters. It would also make it easier for Iran to continue to comply with intrusive inspections if it did not feel that it was being singled out.

The United States should also use a combination of reassurance and dissuasion to ensure that no other regional actors respond to the agreement by achieving their own domestic enrichment capabilities. This outcome is probably less likely than generally believed given the political and economic costs incurred by states who take this approach and violate international norms. But the United States should be open to offering some form of a nuclear umbrella to the Sunni Gulf states if they desire it. It can also look for other economic incentives such as providing these states civilian nuclear capabilities that are much more economically viable, but come with restrictions on any domestic enrichment, such as the agreement the United States has already signed with the United Arab Emirates.

The nuclear agreement will also have real consequences for broader great power competition with both Russia and China as the Iran nuclear issue over time begins to take on less importance and leaves more space on the bilateral agenda. The United States can use the agreement to some advantage with both countries.

The United States should move the Iranian issue lower on the bilateral agenda with China. This should work to the United States’ advantage by reducing Chinese leverage, as the United States places Iran near the top of its list of global priorities whereas as China focuses more on issues closer to its own sphere of influence, such as the South China Sea.

The United States should try to keep the Iran nuclear issue near the top of the agenda with Russia, whose cooperation in implementing the agreement is crucial. The Russians may play a central implementing role if Iran agrees to ship a large portion of its low enriched uranium stockpile to Russia. Keeping this item on the agenda also creates an opportunity for positive discussions in what has been an otherwise dismal relationship since the crisis began in Ukraine. However, it can also leverage the agreement and the expected drop in oil prices due to increased Iranian oil on the market to pressure Russia economically as it tries to shift Russian policy toward Ukraine.

A nuclear agreement with Iran represents a historic opportunity for the United States, with the potential for tremendous regional, non-proliferation, and geopolitical benefits. But history will not judge the deal based on the piece of paper signed by Secretary Kerry and Foreign Minister Zarif. The agreement will be the next step in a long and complex process. It is the behavior of the United States, Iran, and the international community over the next ten to fifteen years and the policy choices and strategy they execute that will determine whether the agreement succeeds in making the world a more secure and prosperous place. A concerted American strategy is a must to increasing the likelihood of a positive outcome.