American Strategy in the South China Sea: Time to Define 'Militarization' and 'Coercion' 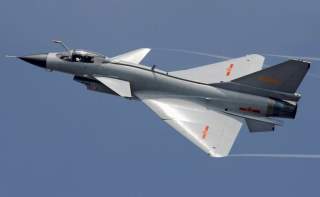 China’s previous paucity of runways in the South China Sea is leading to a trust deficit in U.S.-China relations. Over the course of this summer, China’s military and civilian leaders have repeatedly insisted that Beijing had finished land reclamation in the Spratly Islands, and that continued construction on the outposts was primarily for civilian purposes.  Recently-released satellite imagery appears to reveal an unpleasant but unsurprising truth: neither one of these claims is accurate. China continues to dredge around Mischief and Subi Reefs, and may be constructing as many as three airstrips in the Spratly Islands for a total of four runways in the South China Sea.

The diplomatic picture is no rosier: at the late July ASEAN Regional Forum, China thwarted the United States’ attempt to have all claimants agree to halt land reclamation, island militarization, and the use of coercion in the South China Sea. As the two countries prepare for their presidential summit, it is tempting to resign ourselves to the notion that the United States is out of options when it comes to checking China’s buildup. This would be a mistake. Despite rapid-fire construction and apparent disinterest in dispute management, the United States can contribute meaningfully to the security and stability of the region if it uses the summit to define unacceptable behavior in this crucial waterway.

When China’s island building spree began to receive global attention this spring, top U.S. officials made strong public statements on Beijing’s land reclamation. Land reclamation by itself, however, is neither illegal nor inherently destabilizing, and over the months that followed the administration shrewdly refined its rhetorical stance. The speed and scale of China’s island building was alarming, but perhaps more importantly, it was Beijing’s potential militarization of its island outposts and the possibility that it would use the islands for coercive ends that was of grave concern. Speaking about the South China Sea buildup, Admiral Harry Harris, Commander of the US Pacific Command, said recently, “I believe those facilities are clearly military in nature,” and Secretary Carter echoed his concerns. In particular, if China used its tiny island bases to interfere with freedom of navigation or freedom of overflight, this would imperil U.S. interests in the region and in the global commons more broadly. These distilled concerns and interests appeared in the Pentagon’s Asia-Pacific Maritime Security Strategy, released in late August.

This rhetorical refinement was an important step. It moves policymakers closer to being able to point to specific Chinese behavior and actions they find objectionable, and suggest the consequences that may be forthcoming: both critical components of establishing deterrence.  Regardless of whether those repercussions are bilateral or multilateral or what form they take, interested parties must clearly identify the potential infraction in question before they can respond. Put differently, the United States will have to deal with China’s action with greater granularity. To date, however, the administration has not defined precisely what it means by island militarization or what it considers to be the coercive use of a South China Sea outpost.  The presidential summit presents a plum opportunity for the administration to develop and share privately these definitions with their Chinese counterparts.

Defining island militarization is no easy feat. In its public statements, Beijing has taken care to acknowledge that its islands will have some defensive applications in addition to civilian uses.  Many of the capabilities that China places in the Spratlys, including radar, communications equipment, and support facilities, are likely to be dual-use in nature. Helipads and port facilities can be used for search and rescue and humanitarian missions, just as they may also be used by the PLA Navy and Air Force. China’s 3,000 meter runways are clearly being constructed with military applications in mind, and there is little policymakers can do to stop them from paving these.

But there are a few obvious actions that Beijing could take that would constitute overt militarization of its Spratly Islands. First, China could station or provide for the regular rotation of military aircraft through Fiery Cross, Subi, or Mischief Reefs. Second, it could station or regularly rotate PLAN vessels through its new island port facilities. Third, and most concerning, it could deploy advanced missiles to the islands, including the DF-21D (often dubbed the “carrier killer” and most recently referred to as an “assassin’s mace” at Beijing’s September 3 military parade). Ideally, U.S. and regional leaders would be able to dissuade China from building up its islands well before it considers rotational fighter or medium-range missile deployments, but these alarming developments would constitute militarization in the third degree.

China is constantly recalibrating what moves advance influence and control without unduly provoking an anti-China coalition. That is why the United States should also be prepared to establish lower-level thresholds for what might constitute destabilizing militarization of these artificial islands. We have in mind more indirect military moves, such as the stationing of amphibious forces capable of seizing disputed territories; basing or rotating armed Coast Guard or other law-enforcement vessels or aircraft; and prepositioning ammunition and warfighting materiel.

Defining South China Sea militarization and coercion may not make China cease proscribed behaviors, and designating bad behavior is just one half of the deterrence equation. Leaders in the United States and in the region will still have to implement appropriate responses. With the “Three Halts” derailed and the Code of Conduct nowhere on the horizon, however, this South China Sea lexicon may be a modest diplomatic initiative of its own. These militarization and coercion metrics would not only serve as touchstones for Washington, but for states in the region. If the United States publicizes instances of clear militarization and coercion when they occur—not just by China, but by all claimants—it can coalesce the consensus necessary to craft careful, but robust responses.

The aim of U.S. policy is both to defend order and the rule of law, but also to find ways to work with a rising China, and defining militarization and coercion before China takes these actions may support both ends. President Obama expressed awareness of Chinese perceptions on the eve of the summit: “In some cases, they still feel that when we call them on issues like their behavior in the South China Sea, or on intellectual property theft, that we are trying to contain them.”

The South China Sea disputes will be with us for years to come, and if the United States is to lead from within, it will need to help regional partners demarcate this evolving challenge so that they may respond cohesively. With China laying down airstrips at a rapid-fire rate, communicating these benchmarks may sound like little more than a scholarly exercise. But with much of Beijing’s construction and all of its deployment-related decision-making yet to be completed, the summit may just be a defining moment for Obama and Xi in the South China Sea.

Patrick Cronin and Mira Rapp-Hooper are Director and Senior Fellow, respectively, in the Asia Pacific Security Program at the Center for a New American Security (CNAS).