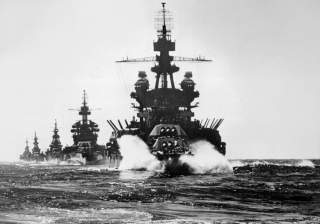 Having recently explored the war decisions of the five worst wartime presidents of American history, we turn now to the country’s five greatest war presidents. Their success, like the failure of their counterparts at the bottom of the spectrum, offers lessons of presidential leadership worthy of notice and even study.

As noted earlier, of the country’s forty-four presidents, thirteen were serious war presidents—Madison, Polk, Lincoln, McKinley, Wilson, Franklin Roosevelt, Truman, Eisenhower, Lyndon Johnson, Nixon, George H. W. Bush, George W. Bush, and Obama. Of these, Truman, Eisenhower, Nixon and Obama inherited wars, while the rest (plus Truman again) initiated them. In all instances, their handling of the conflicts played a key role in the voters’ contemporaneous assessments as well as in history’s subsequent judgment.

The elements of success can be framed through a series of questions. For presidents who initiated wars, some pertinent questions are these:

- Did the president muster popular support for his war before leading the country into conflict?

- Did he maintain popular support throughout the war?

- Did his rationale for war hold up through the conflict and following the peace?

- Did he accomplish his stated wartime goals?

- Did his war prove beneficial to the nation strategically, economically, internally, or in terms of its standing in the world?

- For presidents who inherited wars, the central question is: Did the president improve the inherited situation either through enhanced military action or through deft negotiations—or both?

These are not yes-or-no questions but rather reveal gradations of assessment. For example, H. W. Bush’s First Gulf War benefited his country strategically, but only marginally in comparison to the beneficial outcomes of the wars of Polk, McKinley and FDR, all of which transformed America’s place in the world in powerful ways.

In the end, though, the big question can be simply put: Did the president lead the nation to victory in his war, and how significant was the victory to the nation’s standing and future?

Through the prism of such questions, we can say that the five greatest U.S. wartime presidents were (in order of greatness) Franklin Roosevelt, Lincoln, McKinley, Polk and Nixon.

With war raging in Europe and with Japan pushing further and further into China, Roosevelt knew America would get drawn into the vortex, notwithstanding widespread political opposition to such a development. Thus, he turned his attention away from domestic matters and prepared his country for the coming conflagration. He built up the U.S. military, fostered weapons programs, installed aggressive new leadership in the armed services, and pushed through Congress legislation for the country’s first peacetime military draft. In dealing with his military leaders, he also curtailed the natural managerial manipulation that had characterized his relationships with subordinates on the domestic front; he possessed the wisdom to know that matters of war required a more forthright style.

Once war came, the president spoke candidly to the American people about the magnitude of the coming challenge and its geopolitical stakes. He predicted a “long war” and a “hard war.” The enemy was aligned, he declared, against “the whole human race.” Such declarations inspired the country and fortified it for the president’s planned “total war.” He then presided over what was probably the greatest surge of military construction in history.

He managed an excellent military team that stayed largely intact through the conflict, and he concentrated on broad strategic matters while delegating tactical aspects to his commanders. But he wasn’t afraid to countermand his generals and admirals when he thought he knew best. Historian Kent Robert Greenfield once identified twenty-two Roosevelt decisions rendered “against the advice, or over the protests, of his military advisers.” He also catalogued thirteen major military decisions instigated by FDR on his own, including the firing of General Joseph Stilwell and the selection of North Africa as the site of the war’s first Allied offensive. He also cleverly kept his troops out of the European theater until after Stalin’s Russia had roughed up the German war machine to such an extent that U.S. casualties were significantly curtailed from what they would have been with an earlier invasion on the Continent.

When it was over, the world was a new place, with American power at the center of the global sphere. The American Century had begun, largely through the vision and leadership of the man in the White House.

Lincoln and the Civil War:

We tend to forget—and probably don’t wish to acknowledge—just how close Lincoln came to losing his 1865 reelection bid because of the lingering carnage of the Civil War and the president’s apparent haplessness in the struggle. The president himself fully anticipated defeat, which he acknowledged in a private note to himself in late August of the campaign year. Then the war quickly took a new turn highly favorable to the Union. General William Sherman took Atlanta, while General Phillip Sheridan gained dominance over the Shenandoah Valley, the Confederates’ crucial supply source. Then the last rebel ramming vessel, the Albemarle, was sunk, ending rebel resistance to the Union’s naval blockade. These victories in the field dramatically altered the political landscape at home, paving the way for Lincoln’s reelection and place in history.

But he got there by never relenting in his pursuit of the military expertise he needed to succeed in his role as commander in chief. He pored over the writings of Napoleon’s strategist Henri Jomini and West Point’s Dennis Hart Mahan. He wrote incessantly to his generals, asking for information and suggesting particular maneuvers. He appeared at the front eleven times. He promoted and then fired various generals in seeking the leaders he needed.

He finally got them in Ulysses Grant and Sherman, and that’s when his war fortunes began to blossom. These aggressive military men engineered, barely in time, the field victories needed by the president to prevail in the 1864 election. Thus, part of his success can be attributed to perseverance. But the politics of war give any president only so much time to demonstrate that his war leadership is working. On his way to victory and his place in the pantheon of American history, Lincoln used up nearly his entire allotment of time.

In the end, Lincoln’s successful management of the war transformed his nation, ending the slavery issue (though of course not the race issue) and paving the way for America to push into the industrial age with a force that was to leave all other nations behind. In the numerous polls of historians on the nation’s greatest presidents, Lincoln almost invariably ends up as the greatest, which is a testament in significant part to his success as a war president.

William McKinley and the Spanish-American War:

McKinley doesn’t occupy a prominent position in the nation’s historical consciousness, and neither does the Spanish-American War. But both were highly consequential to the American story.

McKinley was a war hero himself during the Civil War, rising from private to brevet major largely as a result of battlefield exploits. After an impressive political career in the U.S. House and as Ohio governor, he captured the presidency in 1896 amid growing tensions between the United States and Spain over the chaos in nearby Cuba resulting from Spain’s cruel and abject management of the colony and a resulting island insurgency. This bloody situation threatened American lives and property in Cuba and threatened also stability throughout the Caribbean region, considered by America to be a crucial sphere of influence.

McKinley sought to find a diplomatic solution through negotiations with Spain designed to leverage American influence to settle matters on Cuba. But ultimately he concluded that Spain, declining fast as a global power, could never bring stability to the island. He sent the battleship Maine to Havana harbor to ensure protection for U.S. citizens and their property. When it blew up and sank in the harbor, the resulting anti-Spain passion in America rendered war inevitably. McKinley, still hoping for a diplomatic solution, actually got himself behind public sentiment on the matter. But he soon perceived where public opinion was, and moved smartly to get ahead of it.

It was a short and glorious war for America-- “a splendid little war,” as described by John Hay, McKinley’s ambassador to Britain who later became his secretary of state. U.S. naval forces destroyed Spain’s fleets in both the Atlantic and the Pacific, and America ended up with Puerto Rico, Guam, and the Philippines, while Cuba came under U.S. domination for a time and Hawaii soon was added to the U.S. domain. All this was accomplished in a mere three months and at a cost of only 385 combat deaths.

When McKinley became president in 1897, America was not an empire. When his presidency ended by assassination in September 1901 (after his overwhelming reelection victory in 1900), America was an empire, with far-flung coaling stations fueling a major global naval presence. Historian Walter LaFeber was correct in calling McKinley’s war the “easiest and most profitable war in [U.S.] history.”