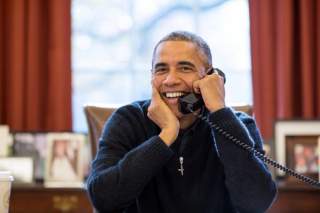 The confluence of the 70th anniversary of the end of the Pacific War with the upcoming Xi-Obama Summit provide the opportunity for musings on the state of the all-important China-Japan-U.S. triangular relationship and its pivotal role in the future of global security. A pattern in this triangle has been visible for some time. Tokyo hems and haws about objectionable Chinese deployments or statements. Washington then sends high-level envoys and dutifully begins planning ever larger joint exercises to yet again reinforce the strength of the Japan-U.S. Alliance. Beijing views these measures as an anti-Chinese conspiracy and proceeds with military programs and new initiatives to cast the Alliance in doubt--setting this vitriolic spiral off all over again. Occasionally, this tedious, and yet perilous geopolitical brew receives an injection of spicy kimchi from the ever volatile Korean Peninsula, but the general triangular dynamic has been in place for well over a decade.

A curious thought experiment may involve trying to imagine an Asia-Pacific region in which Tokyo and Beijing are not constantly at loggerheads and actually worked in tandem with Washington’s backing to resolve the region’s many festering problems, from nuclear proliferation to environmental degradation to energy security.  At present, American diplomats seem quite at ease with the “business as usual” pattern described above.  Undoubtedly, this pattern plays to a superpower’s desire to feel “indispensable.”  Indeed, it is a bit unnerving to think that many American leaders may have quietly concluded that China-Japan antagonism actually serves the U.S. national interest. Let us hope otherwise. Instead of stoking this hostility, therefore, American diplomacy must take proactive steps to heal the deep rift between East Asia’s premier powers. This could actually require a sustained diplomatic effort--in terms of time, creativity, and raw determination--on par with the Iran nuclear deal, but the consequences for global security could be even more consequential. With this in mind, this edition of Dragon Eye will explore some recent Chinese writings on the subject of Sino-Japanese relations in the hope of setting the proper context for a productive Xi-Obama summit that prioritizes the objective of achieving progress within this most vexing strategic triangle.

As Rana Mitter’s 2013 historical account of China’s experience in WWII relates, at least 14-15 million Chinese perished in the huge conflagration that killed “only” half a million Americans.  But even as the war is seared into the memory of Americans, not least because of extraordinary feats of heroism, it is simply obvious that the Second World War had an enormous formative impact upon the states that suffered truly catastrophic levels of casualties--above all in the USSR, but also including China as Mitter’s history has helped to more fully reveal.

In a series of articles in an early 2015 edition of the prestigious Peking University journal 国际政治研究 [Journal of International Studies] the history issue indeed forms a primary theme.

The article by China Academy of Sciences researcher Tang Chongnan lays out how Japanese militarism (and its impact on China) did not begin in the 1930s, but rather in the last quarter of the 19th century.  According to this treatment, Japanese students sent abroad in the 1870s “完全接受了西方列强弱肉强食’” [completely accepted the Western Great Powers’ practice of the strong eating the weak]. Tang describes a rapidly modernizing Japan that goes “从战争走向战争” [from war to war], resorting to the use of military force about every five years during the decades leading up to the Pacific War.  Among the atrocities discussed in this piece are horrors that go beyond Ritter’s 14-15 million soldiers and civilians that perished, but also catalogue 20 million Chinese dragooned into hard labor, “several million instances of rape” and 200,000 Chinese women forced to become sex slaves of the Japanese armed forces or “comfort women.” In the end, Tang concedes that Japan’s modernization process did have certain successes alongside of catastrophic blunders. In an interesting passage that may have echoes for China’s current strategic dilemmas, Tang explores how a philosophy of pursuing “富国强兵” [wealth and strength] (with the former prioritized) over time became corrupted in the Japanese context into “强兵富国” [strength and wealth] (with the former prioritized), because the approach of “以战争促发展” [promoting development through war] could only end in disaster.  Concluding on a hopeful note, Tang suggests that contemporary Japan has illustrated that only “reform can bring genuine development.”

While such renderings of Japan’s wartime transgressions are hardly uncommon in contemporary Chinese discourse, and have indeed reached a new level of intensity recently inside the Party, the military and also within wider Chinese scholarship generally, the final article in this journal by well-known international relations scholar Zhang Tuosheng of the China Institute of Contemporary Studies (CIIS – affiliated with the Foreign Ministry) may be most important.  Zhang makes the case that the (not so keen) handshake between leaders at the November 2014 APEC Summit really has signaled a genuine improvement in the China-Japan relationship.

For Zhang, there had previously been “很有可能引发军事冲突” [the real possibility of military conflict], but since the second half of 2014 “摩擦逐渐降温” [there has been a gradual decrease of tensions].  Demonstrating “双方自我克制” [mutual restraint], Zhang notes that both the Chinese and Japanese coast guard forces in the contested East China Sea zone have both maintained a safe distance between vessels, neither country has deployed military forces to the contested zone, nor have they deployed personnel onto the disputed islets. He calls attention to the fact that the number of Chinese tourists traveling to Japan in 2014 climbed impressively over the previous year to 2.2 million and that strong majorities in both countries now favor improving China-Japan relations. He acknowledges the two differing interpretations of the November 2014 bilateral consensus, but does not see that as a major obstacle to future progress.

On the other hand, Zhang observes that the maritime crisis management mechanism is “weak and also unreliable.”  He considers, moreover, that the long-run tendencies toward militarized rivalry “cannot be overcome in a short time.”  He believes history to be the greatest obstacle to improved relations and suggests the Abe government’s initiatives, including constitutional revision, are deepening Chinese anxieties with respect to Japan. With significant dismay, Zhang observes that the relationship still lacks basic foundations, such as a “China-Japan Strategic Dialogue” or “China-Japan East Sea Consultative Talks,” not to mention military-to-military exchanges and national leadership summits. Indeed, Zhang is hardly naïve about this relationship, recognizing that since 2012 it was not unusual to hear the sentiment:  “两国‘必有战争’” [the two countries need a war].  Nevertheless, he makes three essential points in his conclusion that leave one rather optimistic. First, he recognizes that “the Diaoyu Island dispute is not the sum total of China-Japan relations,” – a sentiment other Chinese foreign policy thinkers have voiced recently.  Second, he states emphatically that great power rivalry and war “只能带来双输的结局” [can only yield a lose-lose result].  A third and related point he makes is that the chance of a China-Japan war “已经可以基本排除” [has already been fundamentally eliminated].

On the occasion of the 70th Anniversary of the end of the bloody Pacific War, American strategists will be wringing their hands over the attendance at the Beijing ceremonies of South Korean President Park Geun-hye – another serving of spicy kimchi. In a truly zero-sum world, that dramatic move could after all be considered a gesture in defiance of America’s network of “hub and spokes.”  Yet, a deeper appreciation of realities in the Asia-Pacific may yield the conclusion that President Park is usefully instructing Washington both on the vital importance of historical memory and also the value of avoiding zero-sum thinking. As American and Chinese diplomats prepare for the upcoming Superpower Summit in Washington, they may consider putting the China-Japan-U.S. strategic triangle on the front burner as a way to ease tensions throughout the entire Asia-Pacific region.