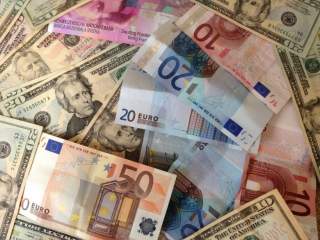 It looks like 2015 could be a make or break year for major U.S. trade negotiations in the Pacific region and with Europe. Many observers see a window of opportunity for completing these initiatives, before 2016 presidential politics takes over the agenda. Lurking beneath the surface, though, and having important implications for the success of these talks, is a fundamental issue that is often ignored: What kind of free trade should we be negotiating? In this regard, when we talk about free trade, are we simply talking about putting limits on domestic protectionism? Or do we have in mind a broader notion of a "single market"?

The distinction between these different types of free trade can be illustrated by a California law that just went into effect, requiring that all eggs sold in that state be produced in a way that is less harmful to chickens than current practices, by giving chickens more space to move around in their cages. (Free trade is not just an international issue; it also takes place within nations, and states, too, may interfere with free trade.) An important implication of this law is that out-of-state egg producers will incur significant costs to adapt their facilities to California's standards. In this way, the California law clearly interferes with trade between U.S. states, as it imposes new costs on non-California producers.

Does this interference violate the principle of free trade? It depends what you mean by free trade. If free trade means the government cannot intentionally favor its own products over out-of-state/country products, then the California law is not necessarily a problem. The California law clearly affects trade, but it applies to both California and non-California producers. Thus, it is difficult to make a case that it is protectionist.

On the other hand, if free trade means a "single market" for producers to sell their goods, then the California law does depart from free trade. Arguably, a product lawfully made and available for sale in the market of one state should be permitted to be sold in the market of any other state.

The implications of these competing approaches to free trade are very different. An anti-protectionism approach does not intrude much on governments' discretion to make policy. Governments can do whatever they want, as long as they are not protectionist. By contrast, a single-market approach is much more intrusive. With a single market, the ability to adopt policies that differ from those of trading partners is significantly constrained.

Determining which is the appropriate version of free trade may depend in part on who makes up the free-trade area—in particular, whether it is national or international. Within the United States and the EU (a supranational state), although there are gaps in the rules, trade is supposed to be unfettered between different states. Generally speaking, if a product can legally be sold in one place, people should be allowed to sell it in others, too. The chicken-cage issue in California illustrates that even in the United States, we do not have a perfect single market, although litigation may end up overturning the California law.

By contrast, at the World Trade Organization, there are rules that constrain government regulations, but they are not nearly so ambitious. It is generally accepted that not all regulatory differences will be prohibited by international-trade obligations. The rules leave room for differing regulatory approaches.

The different conceptions of free trade at the national and international level make sense. Within a nation, there is generally a greater level of shared values, so that we can "trust" each other's regulations.  By contrast, between nations, there is significant variation in how we think about regulatory policies. More discretion for governments to take an anomalous approach is necessary.

In the international arena, this issue is a particularly important one in the negotiations on a Transatlantic Trade and Investment Partnership (TTIP) with Europe. There, regulatory differences have been targeted as a key aspect of the trade barriers that can get in the way of economic growth.

But the prospects of success here are actually quite challenging. Take the issue of whether U.S. food products that involve genetic modification can be sold in the EU. If the free trade we are talking about is simply eliminating protectionism, the restrictive EU approach to GM food products is not a problem. By contrast, if we are looking to create a single market, where U.S. and EU products can be sold in both markets, then the EU ban is not consistent with free trade.

This illustrates the limits of international free trade; and the EU is unlikely to change its stance on GM foods anytime soon. There may be other areas where regulatory differences can be lessened (e.g., auto-safety testing), but there are clearly significant hurdles to the possibility of a transatlantic single market.

The coming debate this year on Trade Promotion Authority, the Trans Pacific Partnership, and the TTIP is likely be dominated by politics and rhetorical points, estimates of job losses/gains and allegations of secrecy in trade talks. But underneath it all, this fundamental issue related to trade and economic integration may be the most important: What kind of free trade do we want out of our trade negotiations? As long as that question remains unaddressed, the debate may not be very productive, and our trade initiatives may struggle to resolve these difficult issues.