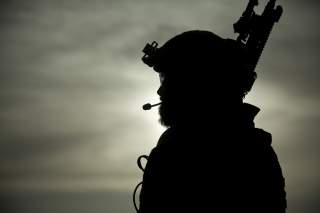 Jack of All Trades, Master of None

Therefore, alarmist critiques about forgetting are misplaced. Yes, the U.S. military is more often than not asked to engage in low-intensity conflicts, but the purpose of the military is to be the muscle that provides for U.S. national-security interests. As such, when resources are scarce decisions must be on the priorities that are going to be pursued and there seems to be little to be gained for vital interests by occupying small countries for seventeen years. Fragile and failed states don’t actually export transnational terrorism far beyond their borders regularly. Therefore, the primary threats to national security demand a military that prioritizes near-peer adversaries. As terrifying as organizations are that engage in terrorism, the threat from their intentions is out-weighed by their comparatively meager capabilities relative to actual states. China can pose an existential threat to the United States, terrorist organizations cannot.

Thus, the problem lies less with the military’s forgetfulness of how to conduct low-intensity operations, but with the nation that asks them to perform such operations whilst remaining ready for a near-peer war. States shouldn’t demand a military that can do everything somewhat well, but instead a military that can execute operations that serve vital interests incredibly well. Civilian leaders shouldn’t expect their militaries to be “jack of all trades” organizations. If American leaders ask the military to be good at stability operations they risk them being bad at countering existential threats.

Adam Wunische is a Ph.D. candidate at Boston College studying military operations and strategy, civil-military relations, and terrorism and is currently a consulting analyst covering Afghanistan for the International Institute for Strategic Studies (IISS). Previously, he was a Sergeant in the U.S. Army, completing two deployments to Afghanistan. You can follow him on Twitter @AdamWunische.