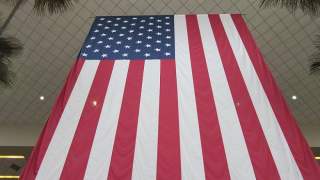 America is growing old. The Boomers—the very generation that drove the U.S. economic miracle—would now seem to be driving us off a demographic “cliff” as decades of booming consumption and labor-force growth reverse course.

Certain trends, however, suggest that these fears might be overstated, and, in fact, that instead an entrepreneurship boom may still lie ahead of the United States.

For one thing, people are working later in life than they used to. In 1993, the labor force participation rate for people 65 and over was 11.5 percent. Twenty years later it had increased to 18.5 percent, and the Bureau of Labor Statistics (BLS) projects it will be 23 percent by 2022. Much of this gain will be driven by the increased participation of women in older age brackets, where the annual growth rate should exceed 3 percent. This trend should continue, and—as the Boomers age—they are expected to work later into life than recent generations, with 10 percent of those over 75 remaining in the labor force in 2022.

A Pew Research Center survey of people 65 and older who worked found the majority did so because they wanted to “feel useful”. It also found they were more likely to enjoy their job—a full 54 percent compared to 29 percent of people 16-64. While retired from their career, Boomers are likely to continue to work either simply to keep themselves busy or to supplement their retirement savings.

Conversely, fewer and fewer young people are expected to participate in the labor markets. Educational attainment pushes down the participation rate in lower age brackets during schooling. But it also increases the participation of older workers. The composition of the U.S. labor force has shifted decisively away from manufacturing and toward services and other jobs that take less of a toll on the body, allowing more workers to work for longer. Increased educational attainment leads to greater and later participation.

As people live longer, human capital continues to accumulate, and there is incentive to monetize the accumulated knowledge of a career. We should anticipate people will work later into life as their educational attainment levels rise and they start their careers later in life. It may be worth considering changing the definition of “working age” to encompass a more mature (on average) workforce. Another trend shows people retiring from the 9-to-5 grind but continuing to work. Often, retirement is temporary.

At this point, we may have visions of a nation of Wal-Mart greeters, but, perhaps counterintuitively, an aging workforce might help the United States maintain its entrepreneurial atmosphere and innovation advantage.

Entrepreneurship is widely considered to be a young person’s game, but it isn’t. According to the Kauffman Firm Survey, the most entrepreneurial age bracket is people between 35 and 54, or even older, and the proportion of people founding businesses over the age of 55 is greater than the 25-34 year old crowd. One survey finds the sweet spot to be age 40, and another, 45.

Entrepreneurial activity is pivotal to the health of the U.S. labor market and the economy in general. Between March 2012 and March 2013, businesses open less than a year created 2.8 million jobs, and the economy as a whole produced about 2.5 million. In other words, older businesses were net destroyers of jobs, and the entirety of the jobs gained can be attributed to start-ups.

This is critical to understanding why the Boomers may not be done leaving their positive mark on the economy. The reason is simple: the best type of entrepreneurship—serial—increases with age (at least to a point). As entrepreneurial Boomers head toward retirement, it is likely many of them will shift to being serially entrepreneurial.

The number of those 35-54-year-old prime candidates for entrepreneurship is actually rising, and won’t peak until around 2030. And while the labor force is aging, the BLS projects the median age of the workforce in 2022 will be about 43—in the entrepreneurial sweet spot. Boomers will be creating the problems that require solving. This makes them prime candidates for locating solutions. In many ways, they are the ideal entrepreneurs to develop the next wave of innovation.

And even if they don’t start new businesses themselves, Boomer funding and mentorship could encourage a surge in formation of start-ups. The Boomers are the wealthiest portion of U.S. society, and—since the housing bust destroyed one of the primary mechanisms with which 35-54-year-old entrepreneurs finance their ventures—it might be that the generational transfer of wealth is best used as a financing mechanism for start-ups.

Samuel Rines is an economist with Chilton Capital Management in Houston, TX. Follow him on Twitter: @samuelrines.