America's Treaty Allies: Worth Going to War Over? 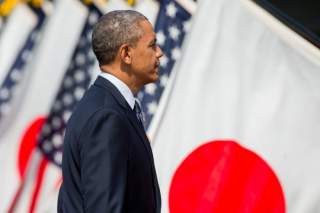 In a recent essay, Justin Logan asks the fundamental question about U.S. alliance commitments: does the existence of such commitments automatically create an interest worth going to war over for the United States?

Explaining that no one in Washington sees any interest in going to war against Russia over the current crisis in Ukraine, Logan wonders whether the United States should contemplate doing so for countries where it has even smaller interests, such as the Baltic states, only because they, unlike Ukraine, are U.S. allies under the North Atlantic Treaty Organization (NATO). He argues that Washington would be misguided to waste blood and treasure just to honor what he refers to as a “sheet of paper,” and warns against the danger of forging alliances in places where there is no interest that warrants war.

Logan raises a critical and timely question as Central and Eastern European NATO allies, particularly the Baltic states and Poland, are asking the United States to ramp up its defense efforts in case Vladimir Putin followed its invasion of Crimea by moving further into Ukraine and by hitting them next. His question also has important echoes in East Asia, where several U.S. allies concerned with China’s growing assertiveness over maritime and territorial disputes are pressing for stronger U.S. commitments to their defense. Echoes can even be found in the Middle East, where many U.S. allies are actively seeking reassurance from Washington because they see the possible conclusion of a historic agreement over Iran’s nuclear program as having the potential to fundamentally transform geopolitics and U.S. priorities in the region.

However, Logan is wrong to argue that the United States should not fight to defend even allies of small strategic importance. More broadly, he is wrong to suggest that the U.S. alliance system is creating more problems than it is solving when it comes to matters of war.

By fighting for allies such as the Baltic states, the United States would be standing up for more than just a “sheet of paper”: it would be standing up for a principle—i.e., NATO’s credibility and, by extension, the credibility of the entire U.S. alliance system. Logan insists that Washington should not worry about having to fight for its credibility, pointing to important scholarly work which suggests that a country’s credibility is assessed on the basis of power and interests at the time of a particular crisis and depending on the specific object of the dispute, not on the basis of its past reputation for acting decisively to honor all its commitments in a systematic fashion. But it is difficult to imagine a scenario where inaction by the United States and NATO over a Crimea-like invasion and occupation of the Baltic states by Russia would not have devastating consequences for the Alliance and possibly even the whole U.S. alliance system.

Granted, failure to defend the Baltic states would not drive Putin to conclude that NATO is a paper tiger and that, if he so desired, he could freely continue his westward march all the way to the Atlantic coast. Nor would it lead China to believe, by extension, that it could get away with a much more adventurous policy in the East and South China Seas, including by engaging in “island grabbing.” In all probability, both Russia and China would remain very cautious about what they can afford to do short of triggering a U.S. response.

Failure to stand up for the Baltic states, however, would almost undoubtedly create an immediate, acute crisis within NATO and among other, already unnerved U.S. allies outside Europe. All would raise major questions about the seriousness, perhaps even the usefulness, of U.S. alliance commitments. NATO’s break-up would be a real possibility. Some NATO and other allies could even decide to resort to self-help and develop independent nuclear-weapon capabilities—a development that the very existence of strong U.S. alliance arrangements has so far helped to prevent—as mainstream scholarship has long pointed out and recently reconfirmed. Plainly, all U.S. allies would feel directly affected and the entire U.S. alliance system would be plunged into a deep crisis of confidence, possibly leading to its partial eclipse.

This suggests that the United States would in fact have an important interest in going to war to defend the Baltic states. But a broader and essential point is that the United States is unlikely to find itself in such a situation precisely because of the existence of NATO. While it will certainly not shy away from testing NATO’s boundaries, Moscow is simply unlikely to try and replicate the Crimea episode in the Baltic states because the latter are NATO allies and because Article 5 of the Alliance’s founding treaty clearly states that an attack on one NATO member is considered an attack on all. Similarly, however concerning it may be, Beijing’s increasingly assertive policy vis-à-vis Japan over the Senkaku/Diaoyu Islands in the East China Sea is kept in check because the islands are covered by the US-Japan Treaty of Mutual Cooperation and Security.

In other words, be it in Europe, Asia, or even in the Middle East, U.S. alliances act as effective checks against potential rivals, and as hedges against regional hegemons. They are contributing to keeping the peace.

Alliance skeptics often counter that alliance arrangements encourage smaller allies to take risks with their more powerful rivals that they would not otherwise take, dragging their stronger allies into unnecessary wars. Yet, in reality, the myth of so-called “alliance entrapment” is just that—a myth. Alliances do entangle their parties, but rarely do they entrap them, if ever. Research shows that stronger states anticipate the problem of entrapment and that they always skilfully design their agreements (and sometimes redesign them along the way) to protect themselves from it. For example, Georgetown University Professor Victor Cha explains that a core rationale for the establishment of U.S. alliances in East Asia was to “constrain anticommunist allies in the region that might engage in aggressive behavior against adversaries that could entrap the United States in an unwanted larger war.”

The same fundamental logic applies today, in East Asia and elsewhere. By calling for consultations and coordination among involved parties before action is taken, U.S. alliances help reduce the risk of getting pulled into unnecessary large wars. With the United States actively involved in intense discussions with its NATO allies in the context of the unfolding crisis in Ukraine, it is difficult to envision that any of them would taunt Moscow into conflict. In short, U.S. alliances not only keep rivals in check, they also keep allies in line, contributing to enhancing stability.

The key takeaway is not that Washington should forge alliances with every country that wants them. Standards and a good dose of common sense are essential when making alliances. Obviously, Ukraine should not be offered NATO membership any time soon, at least not until the current crisis has passed and not until the Ukrainian leadership can demonstrate effective governance over its territory and people. But what does transpire is that the benefits of the U.S. alliance system to maintain peace and security clearly outweigh the costs.

David Santoro is a senior fellow at the Pacific Forum CSIS, where he specializes in nonproliferation and nuclear security, disarmament, arms control, and deterrence issues, with a regional focus on the Asia-Pacific region and Europe. You can follow him on Twitter: @DavidSantoro1.