America's Unique Institution: How to Make the Most out of Alliances 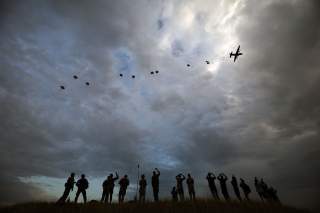 With the unprecedented and escalating threat of North Korean nuclear capabilities, U.S. allies in Asia-Pacific region are seeking increased deterrence and assurance from the United States. Due to the lack of cooperation from China and Russia, the United Nations Security Council is unable to act, making a multilateral solution utterly impossible. This increases the reliance of U.S. allies on the United States. As uncertainty and agitation grow with rhetoric from both sides getting out of hand, U.S. Asian allies, namely Japan and the Republic of Korea, often envy their European counterparts in North Atlantic Treaty Organization for having an explicit clause on the U.S. nuclear umbrella in their military treaty with the United States. At the same time, some wonder if it would be mutually beneficial for U.S. allies in Europe and Asia to increase their level of interactions and cooperation to better deter adversaries, namely North Korea, China and Russia.

The idea seems plausible and appealing at a glance. However, the matter is much more complex than the simple logic of the more interaction the better. In Asia, there is an old proverb: “Too many cooks spoil the broth.” The biggest downside of coalescing the force of Asian and European allies is that there is a huge gap in threat perception between the two groups that have evolved naturally from their respective geopolitics and history. For example, although there remains a territorial dispute between Russia and Japan and Russia is a stakeholder in North Korean issue, Russia is not considered a prominent threat to Tokyo and Seoul. For the Asian allies, North Korea is the imminent threat, pointing nuclear weapons directly at Japan and the ROK. With veto power on the United Nations Security Council and territorial disputes in the East China Sea and the South China Sea, China is another threat. However, to the European allies, China is considered less of a threat but rather an important trade partner. Similarly, North Korea, even though its actions clearly undermine the international nonproliferation regime, is not perceived by Europeans as an imminent or tangible threat compared to Russia, who has invaded and annexed Crimea in violation of multiple laws and treaties. They focus on Russia over North Korea in spite of the fact that North Korea has perfected its capability to hit anywhere in the world, including all NATO countries. In this vein, the recent move taken by the United States and its European allies of expelling more than one hundred Russian diplomats as a retaliatory measure against Russia’s use of Novichok to assassinate its former spy was a smart decision. Japan and the ROK could have joined the coalition; however, doing so would have created more loss than gain.

The United States needs more effective intraregional coalitions to better deter adversaries, and not an interregional coalition. Interregional cooperation should remain at the level of showing solidarity, as the securities of the two regions are inevitably interlinked. Failure of deterrence in one region will have a significant effect on the other. It will have a detrimental psychological effect of as it will make the allies suspicious of the U.S. capability, increasing the level of mistrust. For example, a major conflict between the United States and Russia in Europe might be an opportunity for China to act. Likewise, conflict in the Asia-Pacific region could be used to Russia’s advantage. It is already evident that Russia is trying to exploit the current crisis on the Korean Peninsula. The future of NATO could be determined by the actions of North Korea and China, and the future of the Asia-Pacific region could be determined by the actions of Russia. The arrangement of one region sending troops to the other is highly attractive, and therefore, should be considered as a viable option, as the mere awareness that the United States is capable of getting its allies to fight in a different theater would greatly intimidate adversaries.

It is true that the United States is in an unfavorable position of having to deter two powerful adversaries, the second and third largest militaries in the world—three if counting North Korea—in addition to the endless conflicts in the Middle East. China and Russia just have to deter the United States, and therefore it might be tempting for the United States to combine all allies in deterring its adversaries. But we must remember that in doing so, the United States will have to take on yet another responsibility of resolving different threat perceptions among its allies as well as different assessments for resource management and allocation.

In the meantime, the United States and its allies need to invest in boosting the intraregional alliances. In order to bolster its capability and strengthen alliances, the United States needs to invest in assuring its allies. The United States can do this through statements and speeches, but it should also provide such assurance by augmenting its deterrence posture. Russia’s invasion and annexation of Crimea in 2014—in violation of multiple laws and treaties, including the Budapest Memorandum—has led many to question the credibility of U.S. commitment and resolve. More recently, North Korea has fired multiple ballistic missiles over Japanese territory. Some of those missiles have landed in the waters of the Japanese EEZ, and the United States still did not take any military measures for retaliation. This makes U.S. allies in the region worried that the United States may not fulfill its commitment at the time of military conflict. Heightening suspicion introduces a risk of decoupling, so the United States needs to draw a clear red line and follow it rigorously.

Strengthening intraregional alliances signals to adversaries that the alliances are fully equipped with formidable weapons of advanced technology and have the psychological effect of intimidation in showing that the alliances are intact. The common goal of U.S. adversaries is to weaken and ultimately destroy the alliance. Their motive is to drive a wedge or destroy the structure of the alliances rather than the destruction of an individual nation. For example, North Korea’s obsession with building nuclear weapons that can hit the U.S. mainland is to make the allies doubt U.S. resolve to defend its allies at the expense of the U.S. homeland, which can lead to decoupling. Also, Russia’s recent use of nerve agent in the Salisbury was because it saw United Kingdom as “weak” after Brexit and was trying to test how isolated it is and if London is still capable of bring the West together. These revisionist states are not satisfied by the status quo—the current postwar world order that the United States has created. The first step for effective deterrence is to strengthen the ties between U.S. allies and increase mutual confidence between all. The alliance should develop a joint declaratory policy and draw clear red lines, backed up by robust military capabilities so that it is prepared to act in cases when red lines are crossed. In the recent Salisbury incident, the alliance responded strongly in a united manner. Novichok was a unifier—“a matter of all for one, one for all.”

Since post–World War II, the United States has created an alliance system capable of defending American interests. It has been—and is—an essential aspect of U.S. security that has served us well. It is a unique institution that has very well secured American power and interests while promoting American values and influence. While President Trump may deride U.S. alliances as “obsolete,” there is no doubt that they are an indispensable institution of the United States that will sustain the country and its democratic principles.

Jeeyoon Ahn is a researcher at the Permanent Mission of the Republic of Korea to the United Nations, where she covers matters related to disarmament and international security. She received her MA from Harris School of Public Policy at the University of Chicago, and BA from Wellesley College. Previously, she was a junior fellow at the Korea Chair program at the Center for Strategic and International Studies in Washington DC.