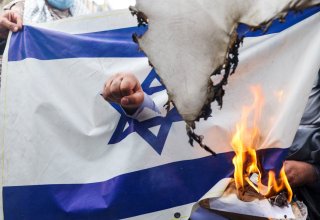 On statehood, there is nothing left to discuss. Israel’s concession on this issue in 2000 is now a starting point for negotiations, and there is no expectation that the Palestinian side should give anything for it (for example, a full recognition of Israel’s right to exist as a Jewish state that might constitute a termination of claims). On borders, Levin’s bill again leaves little room for negotiation, insisting that every inch of the West Bank, Gaza Strip, and East Jerusalem are “occupied Palestinian territories,” an ahistorical determination that successive U.S. administrations have always avoided. On settlements, the bill insists that U.S. policy should view them all as violations of international law, even though the Oslo Accords leave settlements as an issue to be negotiated and explicitly stipulate continued Israeli control over them in the interim. The bill’s designation of all of Jerusalem beyond the 1949 armistice line as “Palestinian”—including, for example, the Jewish Quarter of the Old City and disputed holy sites—is perhaps its most thoughtless overreach. It is particularly curious in light of the pieties heard only just recently about the dangers of American statements on Jerusalem when the previous administration moved the U.S. Embassy there.

On other final-status issues, the bill is curiously silent. Not a word about security arrangements once two states are achieved. Nothing about mutual recognition or termination of claims. And absolutely nothing on the refugee issue. If it is U.S. policy that any Israeli civilian presence beyond the 1949 armistice line is illegitimate, it seems reasonable for it to be U.S. policy that any resettlement of descendants of Palestinian refugees within the armistice lines is equally illegitimate.

And in fact, it is self-evident that improving the terms for the Palestinians since they rejected Israel’s Camp David peace offers can’t possibly bring either side closer to resolution. In any confrontation, a mediated compromise is viable only if it is better for both sides than what either side could realistically hope to attain in open conflict.

And yet, since 2000, the consensus among the think tank crowd, as well as among self-appointed experts, has been to meet each Palestinian rejection with terms that are better for the Palestinians and worse for Israel. There is no historical precedent for mediation that offered a sweeter deal to the side that rejected a previous offer or status quo, initiated a violent confrontation, and was defeated. It’s easy to see why. No winning side in a conflict would agree to such a resolution, because that side would be better off just continuing to fight. And no losing side would agree, either, because it, too, would be better off rejecting and fighting as it receives better and better terms.

It is astonishing to realize that the accepted view of learned opinion on Israeli-Palestinian diplomacy since the failure of the Oslo process runs so counter to any tried and tested conception of peacemaking. An agreement between any two belligerent parties—warring nations, labor and management, a divorcing couple—is possible only when the proposed agreement is better for both parties than the result of open confrontation could be for either.

The current approach to peacemaking can only incentivize further conflict. If the losing side can get better terms by rejection and violence, it will keep rejecting and pursuing violence. If the winning side gets worse terms by making peace than by maintaining the status quo, it will seek to maintain the status quo. None of this is new or particularly insightful. It is how the expert class approaches every conflict in the world—except for the one involving the Jewish state.

This is an elementary principle of conflict mediation, yet it is always abandoned in Palestinian-Israeli peacemaking, with entirely predictable results.

In the absence of any coherent concept of conflict resolution, we are instead treated to a metaphysics of occupation. The occupation looms large over the entire bill and the entire output of expert analysis that underlies it. It is always cause and never effect. An FAQ accompanying Levin’s bill links to only one news article, a New York Times piece that labels the occupation as the “heart of the conflict.”

This, too, flies in the face not just of accumulated knowledge about conflict resolution in general, but also the history of the Arab-Israeli conflict. The occupation, in this rendering, exists on its own and explains everything in its wake. But this is nonsense. Occupations don’t cause war; they are the result of war. When two sides clash in an armed conflict, it is not unusual that at the end of the conflict, one or both sides (usually the winner, but sometimes both) is occupying territory previously held by the other. Ordinarily, this is where negotiations begin for a diplomatic settlement (an armistice, a truce, or even a full peace treaty). And once a new line is agreed upon (sometimes even the same as the line before the war, especially if that line was an internationally recognized border, which was not the case in 1967), both sides redeploy to opposite sides of it.

But to acknowledge this truth would mean acknowledging the twin truths of how the occupation of the West Bank and Gaza began and why it has lasted so long. The occupation began with the defeat of a coalition of three Arab armies in their attempt to wipe Israel off the map. The occupation’s persistence lies in the refusal, initially of the defeated Arab states and later of the self-governing Palestinians, to accept any peace deal that would require full reconciliation with the existence of a Jewish state in the Middle East.

The way to end this occupation is the same way previous occupations ended, by reaching some sort of diplomatic agreement that either ends the conflict completely or at least effects some sort of agreed-upon truce.

Levin’s bill, were it enacted, would never achieve its ostensible goal. It could achieve only two things. Between Israel and the Palestinians, it would actually entrench the conflict further by incentivizing precisely those actions that have made reaching a final peace accord difficult over the past two decades. In the United States, it would merely provide a basis for further moral disengagement from Israel within mainstream liberal politics and for additional demonization of Israel just outside of it.

Shany Mor is an adjunct fellow at the Foundation for the Defense of Democracies. Follow him on Twitter at @ShMMor.