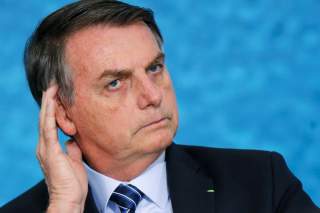 At the beginning of December last year, a few weeks before the investiture of the newly elected president of the republic, Jair Messias Bolsonaro, an investigation on an alleged corruption scheme in the Legislative Assembly of Rio de Janeiro discovered atypical banking moves by military police officer Fabrício Queiroz, an obscure former assessor to the then-state deputy of Rio de Janeiro and son of the president, Flavio Bolsonaro. Within a year, 1.2 million reais had been carried over into the former assessor's accounts, according to the Financial Activities Control Council (Coaf), dragging President Jair Bolsonaro's son’s legislative cabinet to the center of an investigation by the state Public Ministry. Prosecutors pointed to evidence that a criminal organization had been set up in Flavio’s legislative cabinet to divert money from employees’ salaries, an activity popularly known in Brazil as “rachadinha.” When asking the courts to breach the banking and tax secrecy of eighty-six people and nine companies related to Sen. Flávio Bolsonaro, on April 15, Rio de Janeiro's Public Ministry's office revealed signs that the legislator had used the purchase and sale of at least nineteen properties in Rio to launder money.

According to the prosecutors, between 2010 and 2017, the then-state deputy had profited 3.089 million reais in real estate transactions in which there are “suspicions of under-billing in purchases and over-billing in sales.” In the period, he invested 9.425 million reais in the purchase of nineteen properties. On eighty-seven pages of the document that supported their request for breach of authorized secrecy, the Public Ministry of Rio stated that the alleged fraud may have occurred to “simulate fictitious capital gains” that covered up “the illicit profiting resulting from the diversion of funds” of a state Legislative Assembly. The investigations over the case continued in the following months, putting pressure on Bolsonaro's government. On several occasions, the president accused the ministry and other political forces of creating a sort of plot to attack him through persecution against his son. The case became a shadow to the newly elected government, which based most of its campaign on an anti-corruption platform.

On February 28, Paulo Klein, the new lawyer of the Queiroz family, forwarded Fabrício Queiroz’s version of the facts to the prosecutors. In the document, the former assessor admitted that he collected part of his colleagues’ salaries, but with their consent and without Flávio Bolsonaro’s knowledge, to pay informal external advisors, with no formal link to the Legislative Assembly of Rio. The objective, he said, was to leverage the electoral performance of the then-state deputy. Queiroz’s statement about the fundraising of other assessors within Flavio’s legislative cabinet strengthened the thesis that the Rio de Janeiro Public Ministry would reveal only in April.

However, prosecutors claim that although the former assessor of Flávio Bolsonaro admitted that he collected part of the salary of the other cabinet assessors in the Rio Legislative Assembly, he has not yet presented the list of such informal advisors who would have been hired from outside, with no link to the Legislative Assembly of Rio de Janeiro to help the senator. Queiroz also failed to present documents that prove the transactions of the purchases and selling of vehicles and other products that he also says he did with the money collected from other assessors. For the prosecutors, he has also failed so far to clarify the atypical financial transactions of 1.2 million reais detected by the Coaf between January 1, 2016, and January 31, 2017, in his bank account.

In the meantime, Bolsonaro’s oldest son, already elected senator, was trying—without success—to bar the investigation by Rio’s Public Ministry from the courts, claiming that the prosecutors had broken his banking secrecy without judicial authorization.

The Bolsonaros knew that only an appeal to the higher courts of Brazil would be able to suspend the process of determining whether Flavio Bolsonaro when working as state deputy in Rio de Janeiro, had been involved in the controversial case of corruption or not. On July 15, a decision by Minister Dias Toffoli, president of the Brazilian Federal Supreme Court, suspended all criminal investigations that use, without judicial authorization, detailed data from control bodies such as the Federal Revenue Service, the Central Bank and the Council for Control of Financial Activities (Coaf). This legal issue had been awaiting deliberation of the Brazilian Supreme Court for months. Toffoli decided to bring back to light this issue in less than eight hours after Flavio Bolsonaro’s defense filed the request for suspension of the investigation, giving an air of urgency in a strange way to the case. The defense of Flavio Bolsonaro, headed by lawyer Frederick Wassef, claimed in a petition to the Supreme Court, once again, that the ministry had obtained from the Coaf data of the senator’s financial life without judicial authorization, which would constitute a trickery in his banking secrecy, argument appealed by Toffoli. With this, the investigation into the retired military policeman and former assessor, Fabrício Queiroz, was also suspended.

In his public declaration, Minister Toffoli stated that the suspension of criminal investigations based on detailed data from control bodies is only temporary and valid until the end of November when the Supreme Court’s plenary will consider discussing the case. The exchange of banking and tax information by prosecutors on the country is considered one of the most effective tools for investigating money laundering and white-collar crimes. At the slightest indication of suspicious movement, agencies such as the Central Bank or the Coaf can produce reports and quickly forwarded them to the authorities for investigation. But this has been frozen, at least for now. Queiroz’s attorney said his client also benefited from Minister Dias Toffoli’s decision to paralyze investigations against Senator Flávio Bolsonaro. According to Klein, the injunction granted by the president of the Supreme Court “covers any and all investigations” initiated based on Coaf reports obtained without judicial authorization.

Prosecutors think that this situation can jeopardize other important investigations all over Brazil. Eduardo El Hage, a prosecutor from form the famous anti-corruption operation Lava-Jato in Rio, claimed that the Supreme Court president’s order ‘will suspend practically all money-laundering investigations in Brazil.” Also, Gianpaolo Smanio, head of São Paulo’s Public Ministry, said that investigations into drug trafficking will also be suspended. The Bolsonaros, on the other hand, this time decided to change their strident speech for a silent celebration.

While the answers do not satisfactorily come to the public, the scandal represents a blemish in the image of Jair Bolsonaro and for the context that brought him to the presidency. Officially, the entire top echelon of the Bolsonaro administration remains in silence, expecting that this scandal doesn’t escalate in anything more complex than a private matter of the president’s son. However, quietly that situation shakes the government and overshadows the actions of Bolsonaro in power.

Jorge C. Carrasco is a Cuban journalist and writer based in Brazil. His work has appeared in publications such as Foreign Policy, The Spectator, Washington Examiner, Quillette and Revista ÉPOCA.