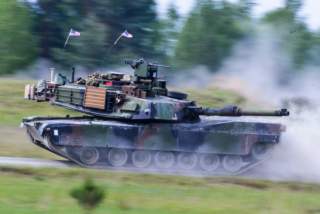 Donald Trump’s formal nomination as the Republican Party’s presidential candidate appears to have induced mass hysteria among neoconservative Republicans and their liberal-interventionist allies in the Democratic Party. Some, like Robert Kagan and Max Boot, publicly declared their intent to vote for Hillary Clinton were the GOP to select Trump—something it has now done. Others, like Jamie Kirchick, have called for a military coup to oust him if the American people elect him president. Most recently, Jeffrey Goldberg has declared Trump to be a “de facto agent” of Russian President Vladimir Putin. As is often the case, writing like Goldberg’s says more about the author than the target of his or her attacks.

Indeed, attentive readers may already know enough about Goldberg; in 2009, Glenn Greenwald detailed his “rank guilt by association technique” after Goldberg wrote that “the Buchananites have even recruited Jews to do their Israel-bashing for them” to condemn a Greenwald article in the American Conservative. Goldberg is attempting the same strategy with Trump, arguing that “Trump’s understanding of America’s role in the world aligns with Russia’s geostrategic interests” and that Trump’s victory would thus somehow advance Putin’s aims. This is both pathetic and offensive.

It is pathetic because Goldberg’s argument makes no sense. Trump has called for a strong U.S. military and for greater defense spending by NATO allies who are not meeting the alliance’s two-percent guideline. The combination of those two things would be worse for Russia, not better—NATO could more effectively deter Moscow. Likewise, since when has Washington been an international opposite-land, where U.S. officials determine key policies by selecting the reverse of whatever we think Russia might want? Should we avoid attacking ISIS and al-Qaeda’s Syria affiliate Jabhat al-Nusra because it might help Moscow? Or perhaps we should withdraw from all bilateral U.S.-Russian agreements because Russia gets something out of them? Maybe Goldberg would rather try to drive oil prices down to $10 or $15 per barrel—the Kremlin surely wouldn’t like that—and wreck America’s unconventional oil producers in the process? For someone who is trying to attack Trump as reckless on foreign policy, Goldberg is stunningly incoherent.

Goldberg is offensive because his return to guilt by association goes well beyond McCarthyism. After all, when Senator Joe McCarthy launched his anti-Communist witch-hunt in the 1950s, there were at least a few actual Communists trying to undermine the United States. Does Goldberg really think that Trump or his campaign manager Paul Manafort—who worked for an elected president of Ukraine who attempted to bring Ukraine into an association agreement with the European Union, not for Putin or the Russian government—are Russian agents? His cute use of “de facto” may keep lawyers at bay but should not shield Goldberg from the public opprobrium he deserves.

Moreover, McCarthy’s extremism came in the context of a real Cold War threat from the Soviet Union, which was occupying a large part of Europe and attempting to subvert the rest with socialist and Communist parties loyal to Moscow. Communism was on the march in Asia too, where the new Communist China was supporting North Korea in a war against the United States and its allies. Moscow’s sympathy for some right-wing European nationalists today is hardly the same—their loyalties are to their own nations, not anyone else. That’s the whole point of nationalism, after all. If Goldberg thinks that today’s Russia poses threats anywhere near comparable to those of the McCarthy-era USSR, he needs a history lesson and probably an economics lesson as well, since America’s economy today is eight times Russia’s. The EU’s economy is eight times Russia’s too, and even a post-Brexit EU economy would be many times larger than Russia’s economy. For that matter, an independent Britain’s economy is bigger as well.

The core of Goldberg’s complaint—that Trump “openly questioned whether the U.S., under his leadership, would keep its commitments to the [NATO] alliance”—also happens to be blatantly false. Examining the transcript of Trump’s widely cited but apparently narrowly read comments makes clear that the GOP nominee did no such thing. This is the full passage:

SANGER: My point here is, Can the members of NATO, including the new members in the Baltics, count on the United States to come to their military aid if they were attacked by Russia? And count on us fulfilling our obligations ——

HABERMAN: And if not?

TRUMP: Well, I’m not saying if not. I’m saying, right now there are many countries that have not fulfilled their obligations to us.

The text makes quite clear that Trump explicitly declined to say that he would not aid alliance members facing a hypothetical Russian attack. What he did was to make clear that he expects NATO allies to fulfill their obligations to the United States. Trump’s previous comments on this issue (and responses from some NATO governments) suggest that he is referring to alliance defense-spending guidelines—which few NATO members meet—and is therefore applying pressure to U.S. allies to spend more for their own defense. Does Goldberg reject this bipartisan objective of many successive U.S. administrations? Does Trump’s more determined approach to achieving this goal by relying on U.S. leverage rather than ineffective public complaints disqualify him from the presidency? Hardly. Some might even think it more likely to work.

Goldberg also appears to forget that what may be the most significant change in U.S. defense policy in the last decade—sequestration—occurred because a significant number of Congressional Republicans decided that they preferred arbitrary and damaging cuts in the defense budget to unrestrained growth in federal spending. So Trump is likely far from the only Republican politician who would like to see U.S. allies spend more.

Finally, Goldberg seems to think that his judgment about Trump is far superior to the Republican voters who selected him as their nominee. Has Trump really managed to hoodwink them all during a year of tough campaigning? What Goldberg doesn’t realize is that public resentment of this stop-at-nothing establishment arrogance is what catapulted Trump to the Republican convention in the first place. It could carry him to the White House too.

Image: “U.S. Soldiers, assigned to the 3rd Infantry Division, move to their battle position, during the Strong Europe Tank Challenge (SETC), at the 7th Army Joint Multinational Training Command’s Grafenwoehr Training Area, Grafenwoehr, Germany, May 11, 2016. The SETC is co-hosted by U.S. Army Europe and the German Bundeswehr, May 10-13, 2016. The competition is designed to foster military partnership while promoting NATO interoperability. Seven platoons from six NATO nations are competing in SETC - the first multinational tank challenge at Grafenwoehr in 25 years. For more photos, videos and stories from the Strong Europe Tank Challenge, go to http://www.eur.army.mil/tankchallenge/ (U.S. Army photo by Pfc. Javon Spence).”