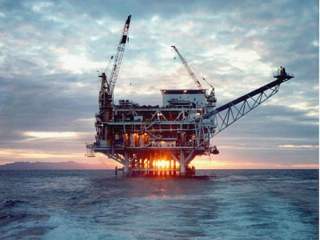 As U.S. president Barack Obama toured Alaska on a campaign to promote aggressive climate action, the White House has sought to raise awareness of the devastating effects environmental shifts have had in the Arctic. Between visiting with tribal leaders, hiking to the receding Exit Glacier in Kenai Fjords National Park and viewing the overwhelming impacts of coastal erosion in two rural Alaskan communities, there has been a lot of unsettling ground to cover.

President Obama’s sojourn north is a strong message on the importance of inclusivity in the climate-change conversation. And yet, despite his efforts to engage a wide variety of local representatives, one key stakeholder remains absent in the official agenda: the oil industry.

Offering the petroleum industry an invitation to discuss climate-change mitigation and adaptation in a region that many believe is melting because of their business model is counterintuitive and controversial, but it is essential.

A long-term, hopeful vision for a world run primarily on zero-carbon renewable energy resources is imperative in the fight against climate change. But so, too, is the acknowledgement that decarbonizing the global economy will not happen overnight. Even with the precipitous drop in oil prices and the potential for a global climate deal, oil will continue to play a major role in both international energy supplies and domestic economies in the short and medium terms.

Alaska is certainly no exception to this reality. As today’s fourth-largest oil-producing U.S. state, about 500,000 barrels of oil are extracted here each day—a number that could significantly increase in the decades to come. With an estimated 130 billion barrels of undiscovered oil and natural-gas liquids based on an old 2008 assessment, the Arctic may be one of the largest remaining resource repositories.

Locally, the oil and gas industry reportedly accounts for one-third of all Alaskan jobs and the petroleum industry generated two-thirds of total state revenue in 2014. That revenue supports education programs, social services and a significant annual dividend to every eligible state resident upon which many Alaskan families have come to rely.

Oil’s role in Alaska is not merely economic; it has provided a strong societal safety net for America’s northernmost citizens for the past half-century. And it should continue to support Alaskans as they simultaneously transform the state into one that is drastically less reliant on oil and adapts to a rapidly warming environment.

One of the biggest challenges facing the Arctic today is the lack of publicly available baseline data about the complex interactions between this truly unique ecosystem and the development of petroleum that will impact the rest of the world. Evidence suggests that the effects of greenhouse gases are more drastic in northern latitudes, where significant oil exploration and production efforts are centered. In addition, Arctic drilling risks damaging ice sheets, releasing methane stored in permafrost and tampering with fragile carbon sinks that are integral for the earth’s natural carbon-sequestration mechanism.

Without reliable, publicly available knowledge about Arctic oil’s scientific specifications, we cannot realistically assess the hazards of Arctic resource development. It will be critical to “uncover oil’s unknowns,” especially for the growing array of new oils in once-unreachable areas that technological advances are making accessible. For Arctic oils in particular, there is significant uncertainty about drilling into ice-covered seas, surface processing under extreme conditions, damage done during intensive seasonally limited oil operations, altered land use impacts on permafrost and the effect of pollution on glaciers.

A new Oil-Climate Index created by a team from the Carnegie Endowment for International Peace, Stanford University and the University of Calgary ranks global oils based on their total greenhouse gas emissions. Four categories of oils with higher greenhouse-gas impacts have been identified to date, including oils in fragile ecosystems. While the Index currently includes one Arctic Ocean oil, Alaska North Slope (ANS), the category suffers from a lack of baseline data on the petroleum and the ecosystem within which it is embedded. To mitigate this uncertainty and ensure that decisions are based on the best information available, it will take far more data acquisition to accurately model Arctic oils’ climate consequences.

The information void must be filled. The best time to do this is now, when the United States is serving as chair of the Arctic Council, because America brings to the table one of the world’s strongest environmental and safety oversight records.

Since its ascent to the chairmanship of the Arctic Council in April, the United States has increased investment in Arctic physical- and social-science research. Over the past year, agencies and departments have begun to collect, analyze and publish updated Arctic data. The topics of these research initiatives include but are not limited to maritime traffic, aviation safety, telecommunication infrastructure, oil-spill prevention, climate change, biodiversity and expanding international cooperation.

While insufficient in the face of the challenges in the Arctic, collectively these assessment and analytical reports are a useful basis from which all other activities will build. Baseline data underpins all stages of investing in circumpolar projects and policies.

However, what is still missing in this growing groundwork of baseline data is a public understanding of the physical makeup of the energy resources themselves. In order to accurately model for oil spills and emissions from Arctic fossil fuels, it is essential to understand the individual characteristics of these oils and their surrounding ecosystems. This will consist of strong regional regulations that require comprehensive data collection and verified reporting before actual drilling activity commences—not after. If the United States doesn’t establish this at the outset, there will be no going back once Russia, Canada and others ramp up their resource-development operations.

Investing in Renewables and Adaptation

By bringing oil companies operating in Alaska to the climate-change table, President Obama and Alaskan stakeholders can compel them to prioritize investment in infrastructure and construction projects that support resilient communities and sustainable development. In the North, Arctic energy isn’t about global commodity markets or climate change—it’s about survival. With a lack of transportation infrastructure and immense distances between communities, rural Alaskans are burdened by some of the highest energy prices in the country. The high costs of shipping or flying in diesel fuel have created energy migrants, American citizens who are forced to leave their ancestral homes because they can no longer afford electricity and heating expenses. Although many communities in the Arctic possess great wind, hydro and geothermal resources, small profit margins and technical hurdles have hindered their development.

Arctic oil producers could be required to help turn Alaska’s energy challenge into an opportunity for innovation and leadership in cold-climate renewable energy. Corporate social responsibility investments could direct petroleum industry financial resources and technical expertise to initiatives like the Remote Community Renewable Energy Partnership, a joint research project between the Departments of Interior and Energy to integrate wind power into Alaska’s diesel microgrids.

Developing Alaska’s renewable-energy resources means good-paying jobs for local residents, keeping more money in communities and sending less out on diesel barges and fostering healthier villages. In short, it provides the potential to transform Alaska’s economy from an extractive, carbon-intensive industry into one of sustainable, human-centric development. With the state anticipated to run a budget deficit of $3.5 billion in 2015, as a result of low crude-oil prices, Alaska is in need of innovative options to revise and revitalize its economy.

Beyond supporting mitigation through renewable-energy innovations, oil companies could partner with the state and national government to offer assistance to communities in need of adaptation today. Coastal erosion, forest fires and storm surges are threatening settlements across the Arctic Ocean shoreline. Farther inland, thawing permafrost is compromising the stability of transportation, sanitation and public service infrastructure built upon once-sturdy foundations.

Into the Great Unknown

The transition to a sustainable future will not be instantaneous. Aptly put by John P. Holdren, senior advisor to Mr. Obama on science and technology, “We might wish for an instantaneous transformation that was drastically less reliant on oil…but we don’t live in a magical world.” As such, the leap from today to tomorrow, including those of renewable Arctic energy grids and community relocation, will inevitably happen in an economic structure still heavily wedded to petroleum consumption and revenues. Policies will largely determine the role oil plays in building a sustainable, renewable future.

Data will fuel those policies. However, the U.S. government—even with other Arctic nations’ cooperation—cannot go this alone. Their reach is dwarfed by the private sector’s foray into the Arctic. The oil industry is undoubtedly observing, learning and recording information that must be disclosed and shared. In order for policy makers to make the smartest decisions on the role of oil in making the leap from today to tomorrow in this incredibly fragile ecosystem, they need access to all pertinent information—including that observed and collected by all industry stakeholders.

In his weekly address on the eve of his Alaska trip, President Obama recognized “that there are Americans who are concerned about oil companies drilling in environmentally sensitive waters,” and added, “I share people’s concerns about offshore drilling.”