Are Academics Pursuing a Cult of the Irrelevant? 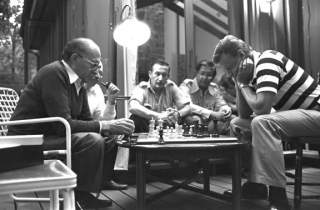 IN APRIL 2008, Robert M. Gates, secretary of defense in the George W. Bush administration, asserted that the national security community “must once again embrace eggheads and ideas.” Why this hope, often expressed before, was likely to be disappointed again is the subject of Michael Desch’s illuminating survey of the century-long relationship between practitioners of U.S. foreign policy and the professors who study it.

Desch, a professor of international relations at Notre Dame and founding director of the Notre Dame International Security Center, explains that “from the beginning of the twentieth century, there has been a tension between the two objectives of the evolving research university system. Science and practical application were in tension generally, but the social sciences experienced it particularly acutely.” In relating the history of debates about the interaction between the making and the study of foreign policy, Desch narrates the larger story of American political science, whose birth as an independent scholarly discipline can be dated to the founding of the American Political Science Association (APSA) in 1904. Desch observes that a majority of the early members of the APSA were not academics and that its early presidents like Frank Goodnow and Woodrow Wilson were progressives committed to using social science to promote social reform. But public-spirited scholars like Charles Beard, president of the APSA in 1926, were already losing out by the 1920s to the likes of University of Chicago’s William Fielding Ogburn, who opined that the scholar had “to give up social action and dedicated [himself] to science.”

The interwar period saw the rise of grant-making foundations and think tanks like the Social Science Research Council, the National Bureau of Economic Research and the Brookings Institution. The progressives were opposed by a long-forgotten school of “Neopositivists” in the 1920s. According to the economist Wesley Mitchell, in his presidential address to the American Association for the Advancement of Science: “The investigator who tries to persuade men that they should choose one course of action rather than another may be drawing sensible conclusions from his scientific findings, but he is certainly not doing scientific work when he does so.” Two other forgotten figures in the 1920s, A.B. Hall and R.T. Crane, pushed “the proposition that ‘science’ meant the model of the natural sciences, particularly the use of mathematics.”

In Desch’s telling, during periods of war or warlike tension such as the early Cold War, national security officials attempt to mobilize scholars to aid them. In the First World War, it was the Inquiry, the brain trust organized for the Wilson administration by Colonel Edward House. Academic expertise was mobilized again in World War II and the early Cold War. However, when wars end or international tensions decline, the relationship fades. And when wars conclude badly, academics turned government officials can become pariahs on campus.

THE EARLY commitment of mainstream political scientists to an approach mimicking the physical and mathematical sciences meant that many members of the discipline have viewed the subfields of international relations and security studies with disdain for nearly a century. The earliest version of international relations theory in the Progressive Era was often legalistic and formalistic, motivated by idealists who dreamed of world federalism. A desire for more rigor meant that “professional programs in international relations were established at Chicago (1928), Johns Hopkins (1930), and Tufts (1933) and geographer Nicholas Spykman established Yale’s Institute of International Studies (IIS) at about the same time (1935).”

Unfortunately, success in influencing policymakers has often been held against academics. The academic career of Bernard Brodie, for example, was blighted by the sins of being too provocative and influential. After receiving his Ph.D. from the University of Chicago in 1940, Brodie taught at Dartmouth from 1941–43. He became a leading foreign policy intellectual with his book Sea Power in the Machine Age (1941) and advised the U.S. military.

Bad career moves, all. As Desch tells the story of the hostility toward Brodie at Dartmouth:

First, his public visibility seemed to engender some resentment among his less distinguished colleagues (who felt he ‘was too big a man in [his] field’). Second, Brodie’s scholarly productivity seemed to call into question his commitment to the liberal arts teaching enterprise. Finally, and apparently most important, the political science department did not regard the work he did as real political science, but rather something more appropriate for a ‘department of foreign relations or some such thing.’

Driven out of Dartmouth, Brodie accepted a position at Yale’s Institute for International Studies in 1945—shortly before Yale’s president A. Whitney Griswold shut down IIS in 1951, on the grounds that policy-relevant research promoted a “‘service-station’ concept of the university.”

Later international relations scholars with even more distinguished public careers faced similar hostility among their colleagues. At Harvard in the 1950s, according to Desch, Henry “Kissinger remained a marginal academic figure who shunned the Government Department in favor of the Center for International Affairs and his International Seminar.” His book on nuclear strategy for the Council on Foreign Relations was influential—but not on the Harvard campus, where only the intervention of Dean McGeorge Bundy prevented Kissinger from being denied tenure. Notes Desch: “Historian Jeremi Suri agreed that given these changes in academia we could never have another Kissinger today.”

Similar dynamics were at work in the case of Walt Rostow, who went from Massachusetts Institute of Technology, where he co-founded its Center for International Studies, to the Kennedy and Johnson administrations, where he became national security advisor during the Johnson years. Desch observes:

Even at the height of his scholarly career, and well before he had descended from the Ivory Tower to toil full-time within the corridors of power in Washington, Rostow was already becoming marginalized within the discipline of economics. He had three strikes against him among his academic colleagues. He was interested in development economics, a subset of macroeconomics and a field not readily amenable to the preferred methods of the ascendant microeconomists. He was a traditional economic historian, and his approach satisfied neither mainstream economists nor the new cliometricians who were working to make history a social science. Finally, he was a Keynesian proponent of government intervention in the economy in a field increasingly predisposed to favor the unfettered workings of the market.

Like Kissinger, Rostow was vilified for his role in the Vietnam War, and, like Zbigniew Brzezinski, he spent the last part of his career at a public policy school, the Lyndon B. Johnson School of Public Affairs of the University of Texas at Austin. For the younger scholar Brzezinski, denied tenure at Harvard, association with a think tank or policy school following service in government was more attractive than tenure at a university. “And upon being offered positions at both Johns Hopkins School of Advanced International Studies (SAIS) and Georgetown, he chose an untenured position at SAIS because he feared Georgetown was so academically oriented that it would preclude him from doing serious policy work.”

DESCH RAISES and answers several objections to his claim that contemporary international relations theory has little influence on public policy. One objection is the claim that every U.S. presidential administration from Clinton to Obama was influenced by “Democratic Peace Theory,” the theory that the road to world peace is to make all countries democratic (by invading them and installing new regimes, if necessary). Democratic peace theory was backed by academics including Jack Levy, Michael Doyle and Clinton national security advisor Anthony Lake. To this objection, Desch answers: “The results of a survey of senior national security policymakers found that more than half of those familiar with the methodologically sophisticated democratic peace theory reported not being influenced by it in their government work.” In public debate, democratic peace theory was represented by pundits like Charles Krauthammer, William Kristol and Robert Kagan, not professors.

National security policymakers regularly tell pollsters that academic social scientists do not provide them with anything useful. Policymakers do not want to be told that further research is needed; they want to be told what the choices are and what option they should pursue. Desch points out that “as the number of scholarly articles using sophisticated quantitative or formal methods increased since 1980, the percentage of them offering concrete policy recommendations—the core of policy relevance—has declined.”

As critics of positivist social science have done from the beginning, Desch argues that the attempt to model political science on the natural or mathematical sciences is not only a mistake but also limits its relevance to decisionmakers. According to Desch, “The problem, in a nutshell, is that scholars increasingly equate rigor with the use of particular techniques (mathematics and universal models) and ignore broader criteria of relevance.” He quotes Reinhold Niebuhr’s suggestion that “the theorist’s contribution would be very irrelevant if he thought that the only rational theory was one based on constants and general laws. Theory must be built into the knowledge of what the statesman faces.”