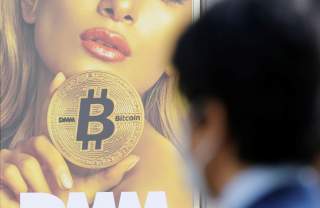 Where would international crime be without money laundering? The quick answer is that criminals would have their ill-gotten gains stuck in one economy, those profits would be unable to be converted into legal tender and assets, and they would be less powerful and wealthy. Without the ability to place, layer and integrate “dirty money” into “clean money,” international criminals would find their business all that more difficult. But money laundering, an ever changing enterprise, has helped keep the crooks in business. Indeed, money laundering has been able to ride the back of technological change, financial innovation and globalization. And cryptocurrencies are the most recent instrument for the advancement of money laundering.

While there has always been the movement of “hot money” around the global economy, that has usually been tied to legal investment flows, usually by investors looking to play the game of interest rate arbitrage (money borrowed at low interest and invested in higher interest rate environments (which often have more risk but better returns). Tax evasion also plays a part in hot money flows, though the intention is to conceal the destination of such funds from national tax authorities, who in some cases act as the spear-tip of authoritarian governments seeking to confiscate the wealth of their citizens for political reasons.

Money laundering for criminal organizations became an international law-enforcement issue in the 1980s when the Latin American illicit drug trade exploded with Colombian cartels exporting vast amounts of cocaine to North American and European markets. Colombian cocaine generated billions of dollars in profits, but the challenge was to convert that dirty money into the legal economy, where the new wealth could be used to purchase vast palace-like homes, sports teams and political influence. The drug lords in Colombia became a major challenge to the legitimate government, forcing a violent war between the state and the Medellin and Cali cartels.

The emergence of the Colombian drug cartels generated billions of cash flowing from the cocaine trade through the Caribbean and European offshore financial centers (OFCs). Well-organized Colombian money laundering agents quickly made destinations such as Panama, the Bahamas and the Cayman Islands important parts of their laundering empires. The Caribbean, in particular, was popular with Latin American drug trafficking organizations due to geographical proximity, pleasant amenities (like top rated hotels, beaches and active night scenes), and initially weak regulatory regimes geared for secrecy.

The money laundering world, however, changed beginning in the 1980s. Money laundering was made illegal in the United States in 1986 and, on an international level, the Financial Action Task Force (FATF) was created in 1989. The FATF was created by the G-7 group of countries (the United States, UK, Japan, Germany, France, Italy and Canada) with the mandate to actively engage in making recommendations for combating financial crimes, conduct reviews of member states’ policies and procedures, and increase acceptance of anti-money laundering regulations around the world. The FATF currently had thirty-seven members and has worked to create sister organizations in the Caribbean, South America and Asia.

Other organizations dealing with money laundering include Interpol, the Organization for Economic Cooperation and Development, Council of Europe, Organization of American States, Basle Committee, International Monetary Fund, World Bank and United Nations). The last has done much to pull a vast array of national governments to deal with the issue of the global illicit drug trade and money laundering. Indeed, the UN’s 1988 United Nations Convention against the Illicit Traffic in Narcotic Drugs and Psychotropic Substances was the first international legal instrument to seek criminalization of money laundering. Other pieces of legislation were added in 2003 and 2005, which widened the scope of money laundering offences.

Flash forward to 2018 and the world of international crime and money laundering has undergone considerable change, though the basic need for the laundering of criminal profits continues. The Medellin and Cali cartels have come and gone (with many of their leaders dying in a hail of bullets or sitting in prisons), but Western Hemisphere drug trafficking has been taken over by powerful Mexican drug groups. In Europe, Italian organized crime remains active, involved in everything from drugs to human trafficking and prostitution; the same can be said for Russian and Eurasian criminal organizations, while the Chinese triads are active. Money laundering of illicit gains remains a pressing need for these cash-rich enterprises.

At the same time, there has been a global hardening on the financial regulatory side and law enforcement side of anti-money laundering over the past two decades. Long gone are the days of individuals showing up with bags of money and making unquestioned deposits. Banks around the world have implemented know your customer programs and often conduct extensive background due diligence. Luxembourg and Switzerland, long known for their airtight bank secrecy, have become more transparent and offer better disclosure to the authorities than before. The same can be said of much of the Caribbean. Money laundering of criminal proceeds has become more difficult.

But money laundering is not impossible. Europe has substantial problems with Russian and Italian criminal groups laundering money through real estate; limited liability companies (LLCs) continue to shield ultimate beneficiaries in the United States (where LLCs are also used in the real estate market), and recently Vancouver, Canada, was revealed to have become a major money-laundering hotspot for Chinese and local gangs involving guns, fentanyl, cocaine and heroin smuggling and laundering funds through casinos and real estate.

Part of the problem is that the FATF has limitations. The United States has placed considerable emphasis on dealing with anti-money laundering geared toward terrorist financing. While other countries recognize the importance of dealing with terrorist financing, they have greater concerns about laundering through real estate and the financing around arms sales, including the U.S. refusal to ratify the UN Convention of Arms Trade. There are also disputes between the United States and other countries (as in the Caribbean and Europe) over the lack of transparency and disclosure in a number of U.S. states in terms of identification of ultimate beneficiaries.

Yet another problem is derisking, which can be broadly defined as compliance actions taken by large international banks operating in advanced economy jurisdictions to reduce exposure to money laundering, financing of terrorism, and/or tax evasion. A number of major North American and European banks have strung by money laundering operations, resulting in substantial fines by regulatory authorities and reputational damage.

The downside to rerisking is that many large international banks have radically cut their correspondent banking relations and presence to regions like the Caribbean, which has been detrimental to local economies. In fact, Ambassador Irwin Laroque, secretary-general of the Caribbean Common Market, recently described rerisking as a situation that “threatens the financial and economic stability of our region.” He noted that, “It is having an impact on the ability of our people to receive their remittances and transfer their funds for trade and investment transactions.” The negative impact of derisking (some would argue over-cautious compliance) is that it has forced many of these countries and territories to consider alternatives to traditional banking relationships and offshore finance, like cryptocurrencies.

It is to this background that the next wave of money laundering looms large—cryptocurrencies. According to Investopedia, “A cryptocurrency is a digital currency that is created and managed through the use of advanced encryption techniques known as cryptography.” To this we would add that the currencies are not backed by a central bank and find their valuation linked to investor confidence that enough people want to use them and will honor their value in transactions. The key element in this is that cryptocurrencies, like Bitcoin (the first to be created in 2009), use peer-to-peer technology (significantly blockchain technology), which makes them free from government manipulation or interference (and hard to trace).

The main thrust of anti-money laundering efforts has been to heighten transparency and disclosure related to financial transactions. In a sense, the idea is to make certain that all financial transactions are done in the light of regulatory and law enforcement scrutiny. Cryptocurrencies are made to avoid government controls, to empower the users. The believers in cryptocurrencies have a strong belief that they are entitled to conduct their business out of the light of government interference, a very libertarian view of commerce.

As governments seek to sort out whether or not to allow their financial systems to trade and use cryptocurrencies, there is an active push on the part of a number of small countries and territories to welcome cryptocurrency companies. Among locations passing laws to create the legal infrastructure for trading and related cryptocurrency projects are Bermuda, Malta, Puerto Rico, Gibraltar and Liechtenstein. Even Venezuela has sought to launch its own cryptocurrency. The incentive for many of these countries is the potential for jobs and tax revenues.

The real challenge is that blockchain technology makes it possible to send money without requiring approval from government agencies or existing financial institutions. Bitcoin is already associated with criminal activity, being the currency of choice for hackers when they demand payment.