Are the Great Outdoors Safe in the Era of the Coronavirus? 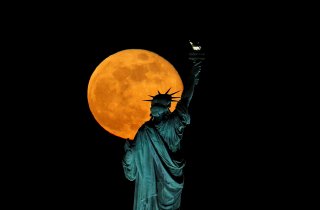 Opening the country entails taking some risks. The key question is: Where are the risks lowest? For reasons I shall spell out shortly, the evidence seems to suggest that—all other things being equal—outdoor activities are significantly safer than indoor ones. Drawing on this finding, one would open beaches, parks, pools, tennis courts, volleyball courts, and most other outdoor sports facilities, as well as playgrounds for children, long before opening tattoo parlors and nail salons.

Select streets should be turned into pedestrian malls (the more outdoor spaces there are that are open, the less crowding there will be at any single one). One could open construction and infrastructure projects, while all those who need offices—such as law firms, banks, and investment houses—would continue to work online. One would be much less concerned about the parts of restaurants that spill into the streets or outdoor patios than about the indoor sections. Flea markets, farmers makers, and the outdoor parts of car dealers could open. If classes can be taught—as Stanford is reportedly planning to do—in tents, then these are preferred to classes in enclosed buildings. Parking lots could be turned into drive-in movie theaters in the evenings, as well as theaters for the viewing of live plays. Most restrictions on places food trucks can park could be lifted. And so on.

People need to wear masks and maintain social distance in all these spaces. A medical expert, who reviewed a draft of this article, argued that these safety measures must be strictly enforced and that one could not rely on individual responsibility. She added that we “need crowd control. I would say one can open so long as attendance can be controlled to reduce density and lines; either by regulating entry or allocating tickets permitting entry at pre-selected times.”

The argument that open spaces are safer than indoor areas and the recommendations that follow fly in the face of an often-cited finding by a group of Belgian and Dutch engineers, who simulated the wake of droplets released by walkers, and especially by runners and cyclists. They concluded that people should maintain a distance of as much as sixteen to sixty-five feet from those who are exercising outside, depending on the strenuousness of the exercise. This is quite a distance. However, this was a mere simulation; the study did not find any people who actually became infected in such a way. As virologist Angela Rasmussen, of Columbia University, explained, the engineers ignored two important factors. First, “[o]utside, things like sunlight, wind, rain, ambient temperature, and humidity can affect virus infectivity and transmissibility, so while we can’t say there’s zero risk, it’s likely low.” Even if the virus survives the journey through the outdoor air, it still may well not lead to an infection. Particles must land in the parts of the human body that are susceptible to the virus (either directly in the respiratory tract or upper throat or on hands that then touch the mouth, eyes, or nose), and they must traverse the respiratory system’s defenses against infection and attach to specific cell receptors.

The second factor Rasmussen notes is that the Belgian-Dutch researchers appear to have assumed that all contact with the virus is dangerous. However, a person must be exposed to a considerable number of particles to induce an infection. Although scientists have not yet determined the number of particles required for a person to become ill with the coronavirus, University of Birmingham microbiology professor Willem van Schaik estimates that it is in the number runs into hundreds or possibly even thousands.

A major study of the spread of the coronavirus in China offers strong support for opening the outdoors. Researchers investigated 1,245 cases of the disease, stemming from 318 outbreaks with three or more cases each. They “identified only a single outbreak in an outdoor environment, which involved two cases.” Furthermore, the study found this outdoor transmission was the only one “among [the] 7,324 identified cases in China with sufficient descriptions.” Hence, the great outdoors was the venue of infection for 0.0273 percent of the coronavirus cases for which the location of transmission could be identified. Ultimately, the researchers note, “The first salient feature of the 318 identified outbreaks that involved three or more cases is that they all occurred in indoor environments.” The researches add that their study “does not rule out outdoor transmission of the virus.”

Three Harvard professors concluded, “The science could not be clearer: The benefits of getting outside vastly outweigh the risk of getting infected in a park.” They added: “Study after study has shown that time spent in contact with nature has important and positive psychological, indeed neurological, effects on the mind—decreased rumination and negative thoughts in adults, reduced symptoms of ADD and ADHD in children, improved cognitive development.” Similarly, as Professor Zeynep Tufekci reported, “The outdoors, exercise, sunshine, and fresh air are all good for people’s immune systems and health. . . . The outdoors and sunshine are such strong factors in fighting viral infections that a 2009 study of the extraordinary success of outdoor hospitals during the 1918 influenza epidemic suggested that during the next pandemic . . . we should encourage ‘the public to spend as much time outdoors as possible,’ as a public-health measure.”

I started with “the evidence seems to suggest” because, despite the millions who have been infected and the thousands of scientists who are studying the coronavirus, there is still much we do not know about it. However, the preponderance of the evidence currently available suggests that being outdoors (wearing masks and keeping distance) is significantly safer than being indoors when we must be with others. The outdoors are not risk-free. The medical reviewer noted, “We are in a pandemic. It is not a blip and it is not an annoyance. After 9/11 we traveled differently. In a pandemic we need to accept that we will have to recreate differently. This is no time for entitlement.” However, if economic and psychological factors preclude the continuation of sheltering at home for more and more people, they are better off conducting their business and engaging in exercise and social activities where air circulates freely and the sun shines.

Amitai Etzioni is a University Professor and professor of international affairs at The George Washington University. His latest book, Reclaiming Patriotism, was published by the University of Virginia Press in 2019 and is available for download without charge. He is indebted to comments on a previous draft to Dr. Ruth .B Etzioni, a biostatistician, at the prestigious Fred Hutch Cancer Center.