Are Russia and America Headed Toward Nuclear War? 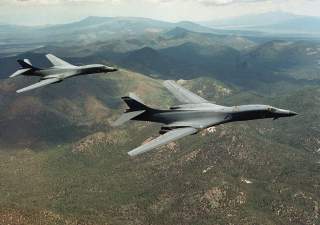 Last week, U.S. and Russian delegations met in Geneva to discuss arms control. Dimitri A. Simes, a contributor to the National Interest, spoke to Viktor Murakhovsky, a retired Russian colonel, defense analyst, and editor-in-chief of the Arsenal of the Fatherland magazine, to better get the Russian perspective on the future of arms control. Murakhovsky is widely regarded in Russia as a leading military expert and is frequently cited by Russian media. The following transcript of their conversation has been lightly edited for length.

Dimitri A. Simes: Last fall, President Donald Trump announced that the United States will exit the Intermediate-Range Nuclear Forces (INF) treaty. More recently, National Security Advisor John Bolton stated that Washington is not sure whether it will extend the New START treaty. How did Moscow react to these developments?

Viktor Murakhovsky: I will not speak on behalf of all of Moscow, so I will just explain my personal analysis. In my view, the INF treaty was concluded under very particular circumstances. During that time period, ballistic missiles were practically the only type of intermediate range missiles—cruise missiles were only starting to be developed. For that reason, there existed a threat that the flight time from the Federal Republic of Germany to the western part of the Soviet Union was twelve to fifteen minutes. If you look at technical components of the treaty, it focused on prohibiting the development of ballistic intermediate range missiles and the liquidation of that class of weapons.

The military-technical situation has changed significantly since then. If we talk about the United States and Russia now, the primary intermediate range missiles are air-based and sea-based cruise missiles. For Russia at the present moment, considering that NATO countries now border it—I am talking of course about the Baltic States and Poland—it makes absolutely no difference whether cruise missiles are based on land, sea, or air. In this sense, the purpose of the treaty for Russia, which was reducing the threat of a sudden strike by intermediate range missiles, is now totally gone.

At the same time, there was the development of drone technology. If we look at the line of drones in the United States, then we will see strategic surveillance drones and drones that operationally can perform intelligence gathering and deliver strikes. Under the letter of the [INF Treaty] concerning cruise missiles, drones undoubtedly fall under that. Russia currently does not have such weapons and in my view raising any grievances with the United States over this question would be absolutely stupid. No one is going to cut back on or eliminate this class of weaponry.

For these reasons, the purpose of the INF treaty has disappeared from a military-technical standpoint with the development of new weaponry and from a political standpoint with the expansion of NATO to Russia’s borders. For example, if the United States places a destroyer in Estonia’s waters, an action that would not violate the treaty, the flying time of its cruise missiles to St. Petersburg will be ten to fifteen minutes.

Thus, the treaty is dead. We must bury and forget about it. Now is a totally different political and military situation. We now have new systems of weaponry which the treaty does not address.

I think that some of the initiatives that were publicly announced by the United States, that it would be possible sometime in the future to reach a new agreement but this time with China’s participation as well, have no real prospects. China will not even talk about it and spurns any efforts to place restrictions on its strategic offensive arms or its intermediate and short-range missiles.

Simes: When I asked other Russian analysts about Trump’s recent arms control proposal, they expressed the concern that it might be a cynical pretext to gain cover for exiting the New START treaty or driving a wedge between Russia and China? Do you have a similar assessment?

Murakhovsky: I think the proposal is totally unfeasible, I don’t know with what goal it was made. Regarding driving a wedge between Russia and China, this proposal has no impact on that whatsoever.

Concerning the New START Treaty, it is well known that many in the American establishment, military, and some of Trump’s political advisors view this agreement as also unnecessary. Their view is, “Let every country do in the realm of strategic offensive weapons whatever it wants because no one will gain such an absolute advantage as to be able to unilaterally crush an adversary without a retaliatory strike.” From a military technical standpoint, this is a position I actually would agree with.

The fact of the matter is that in the case of a strategic conflict involving intercontinental nuclear weapons, it won’t make much difference for the two sides how many launchers were used, how many nuclear warheads were used. Right now, the treaty sets the limit at 800 launchers—if one side has 1500 launchers, that does not change the outcome at all.

All this talk of decapitation strikes or counterforce strikes is just a pathological intellectual exercise, which has very little to do with real-world combat implementation plans, to real-world deployment of armed forces, and to how wars are prepared for, begin, and fought.

President Trump or President Ivanov won’t just wake up one morning on the wrong side of the bed and decides to press the big red button. That just doesn’t happen. Deploying armed forces and preparing strikes against an adversary requires a very considerable amount of time. Concealing such preparation is absolutely impossible. For that reason, even if the New START treaty will cease to exist, the world will not turn upside down.

At the same time, I believe that such a treaty is extremely important from a political point of view because it is effectively the only instrument today that allows the two sides to inspect one another and creates a certain level of trust—trust that no one is insidiously developing additional nuclear material in some basement, that the data that the two sides exchange correspond to reality. This treaty has a whole array of consequence when it comes to trust.

It creates a background for dialogue between representatives of the two presidents. They know that if your counterpart is abiding by the agreement, then you can believe your counterpart’s words—if he says something, then it is. When such a background is absent, that is when there are no verifiable arms control agreements, then trusting the other side becomes more and more difficult—even in negotiations on other subjects.

Thus, from a political point of view this agreement is of course very important, but from a military-technical one—nothing fatally scary will occur if it ceases to exist.

Simes: So, am I correct in thinking that you do not share the concern held by many analysts in Washington that if the INF Treaty falls through and then the New START Treaty falls through, then we could see a new arms race between Russia and the United States?

Murakhovsky: I don’t think there will be one, there is no sense in it. I understand what these analysts are talking about, they are worried about a quantitative arms race—what I said earlier about both sides increasing their launchers and nuclear warheads. However, I must repeat that such an increase makes no military sense.

On this issue, China’s position seems quite rational to me. It currently has the financial and technical capabilities to field a nuclear arsenal comparable to the level of what the United States and Russia have now. But it does not do this and has no plans of doing so. Instead, it has chosen to simply maintain a nuclear arsenal at level it deems sufficient to deliver an unacceptably costly blow to a potential adversary. There are no signs of China entering into a quantitative nuclear arms race because such a race has entirely lost its purpose.

Of course, competition in the realm of military technology will continue. One clear example of this is Russia’s introduction of Avangard hypersonic missiles. At the same time, one must understand that these technologies were not suddenly born yesterday. These technologies were developed over several decades, starting in the Soviet Union during the 1980s.

Will the United States eventually acquire this technology? I don’t doubt it. With the current level of financing and effort, there are enough companies in the military-industrial complex that are capable of making their own version of this technology.

Will this destroy strategic stability? No, it will not because these are “judgement day weapons,” as they say, and they guarantee a retaliatory strike under any development of a missile defense system. Can these weapons be used for a decapitating first-strikes? Of course not, because the range of strategic nuclear armed forces include other means of responding such as submarines, bombers, and so on.

Some analysts say about counter-force strikes, “Only 15 percent of missiles and 20 percent of nuclear warheads will reach the adversary’s territory.” I always wanted to ask them, “Have you ever seen with your own eyes any dead people whose bodies have been torn to pieces to be so concerned about whether five to seven million people die instead of fifty to seventy million?” In the real world, such calculations are not made.