Are the Iran Nuclear Talks Too Big to Fail? 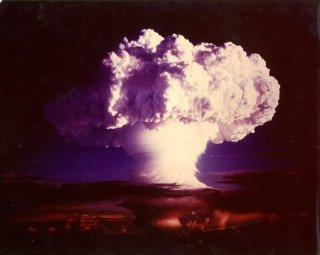 Is failure an option when it comes to the Iran nuclear talks? The short answer to this question—at least for the United States—is emerging as “no.” While for the longest time we were urged to trust the international negotiators that “all options are on the table” for dealing with Iran, in reality, they are not. Only one option is on the table, and that is diplomacy.

In and of itself, diplomacy certainly is the preferable option, but its value depends on how it is played. Indeed, for the past year and a half, we have been told that the alternative to the negotiations—indeed to every single step the negotiators have taken over the past eighteen months—is either a nuclear Iran or war.

The U.S. administration has closed its ears to those who have argued that negotiations could have been conducted much more effectively; instead, the critics have been marginalized, labeled as hardliners, hawks and warmongers. However, if in the face of Iran’s ongoing intransigence, diplomacy engenders ever more concessions on the part of the P5+1, these might empty any prospective deal of the ability to stop Iran from developing nuclear weapons. The result will be a possible nuclear Iran in any case, and one that has been inadvertently legitimized by the international community. And that might eventually lead to war.

Even though for a long time we heard from the U.S. negotiators that “nothing is agreed until everything is agreed,” in reality, the closer to a deal the international negotiators have felt, the dimmer the prospect has been that they would accept failure as an option. So while we were led to believe that even if there were only a few issues that remained intractable, they could lead international powers to adopt other options, this seems not to be the case.

This is unfortunately a message that Iran hears loud and clear. In fact, what is emerging is the understanding that the remaining areas of disagreement—which include some of the most significant issues on the table—will not be allowed to derail months and months of negotiations and the progress that has been made. The fact that this progress will not preclude Iran from developing a military nuclear capability no longer seems to resonate. Back in February 2014, U.S. chief negotiator Wendy Sherman was quoted as saying that “there is only one measure of success for a comprehensive agreement with Iran and that is if an agreement means that Iran will never obtain a nuclear weapon.” [emphasis added] The sunset provision has rendered this irrelevant.

We all remember when various officials in the Obama administration said that “no deal is better than a bad deal.” And though the administration never defined just what would qualify as a bad deal, today we understand that almost any deal is considered better than no deal. Because according to the narrative, the implication would be that all that has been gained vis-à-vis Iran would be lost, with the alternative being a nuclear Iran or war.

It was not long ago that full manuscripts were devoted to the dilemma of the so-called fork in the road—when international actors would have to decide whether they preferred enabling Iran to achieve the bomb or to bomb Iran’s nuclear facilities. Matthew Kroenig (2014) argued that when the United States faced that fork, it should use military force; Kenneth Pollack (2013) argued the opposite. Both struggled with the implications of choosing between two bad options, but both believed that a time could come when that decision would have to be taken. But today the choice is off the table, and the fork is gone. Indeed, use of military force enters the rhetoric of the Obama administration only in order to say that war is the negative alternative to continuing to negotiate, concessions and all. The motivation behind suggesting a credible military option would be to deter Iran, and gain important leverage at the negotiations table. Removing that option from the table means that if Iran refuses to budge, there is only one solution: the P5+1 must further back away from previously made demands.

In a recent piece, Robert Einhorn argues that the choice is now Iran's to make, and that its leaders would make a big mistake if they miscalculated that the Obama administration is so eager for a deal that it will agree to conclude the negotiations largely on Iran's terms. He advocates that the administration has a definite idea of the kind of deal it can support, and should clarify to Iran that if the regime cannot accept such an agreement, the United States will walk away. The question thus remains whether the administration is willing to communicate that message, and then follow through in walking away. The more likely scenario is that “creative solutions” will be found to accommodate every Iranian redline, as Secretary of State John Kerry’s latest remark on PMD indicates.

It therefore is indeed up to Iran. However, what that is likely to entail is Iran biding its time, agreeing to another extension of the negotiations, and keeping a stiff upper lip in the face of sanctions. This will very likely enable Iran to get the deal it has been bargaining for all along: sanctions lifted, its vast nuclear infrastructure intact, and the road to a nuclear-weapons capability open, either before the deal sunsets or after. How exactly does this constitute the better alternative?

Emily B. Landau is Head of the Arms Control Program at the Institute for National Security Studies (INSS), at Tel Aviv University and the author of "Decade of Diplomacy: Negotiations with Iran and North Korea and the Future of Nuclear Nonproliferation." Amb. Shimon Stein is a Senior Research Fellow at INSS and a former deputy director general of Israel's Foreign Ministry, and ambassador to Germany.