Are Trump's Moves a Springtime for Neoconservatism? 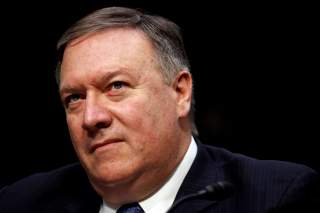 With his firing of Secretary of State Rex Tillerson and appointment of the hawkish CIA director Mike Pompeo to replace him, Donald Trump has remained true to form. Chaos, not predictability, is what he promised during the campaign and it is what he is delivering, especially in foreign policy. The Brookings Institution has pegged the overall staff turnover rate in the Trump administration at over 40 percent, a record for modern presidents.

Now that Trump has polished off the plodding Tillerson, who not only called his boss a “moron” but was also the worst secretary of state in history, the national security council is likely headed for a new adviser as well. McMaster, too, has proved to be a dud, but whether his successor would be any better is an open question. Indeed, a top candidate to replace him is none other than John Bolton, the former George W. Bush ambassador to the United Nations who counsels a very tough line against Iran.

The likelihood that America will go to war against Tehran has risen. The 2015 Iran nuclear deal is now essentially null and void. In his remarks today, Trump emphasized that he and Tillerson clashed over the Iran nuclear deal: “I guess [Tillerson] thought it was okay. I wanted to either break it, or do something, and he felt a little bit differently. So we were not really thinking the same. With Mike Pompeo, we have a very similar thought process."

They do indeed. Pompeo has himself always counseled a tough line against Iran and Islam. Speaking to a church group in Wichita, Kansas in 2014, he explained: “This threat to America” comes from Muslims “who deeply believe that Islam is the way and the light and the only answer.”

“They abhor Christians,” he said, “and will continue to press against us until we make sure that we pray and stand and fight and make sure that we know that Jesus Christ is our savior is truly the only solution for our world.” Pompeo is also close to Frank Gaffney of the Center for Security Policy. He appeared on his radio show dozens of times as a Congressman and received an award from him.

Add Bolton to the mix and you have what amounts to a war cabinet against Iran. Defense Secretary James Mattis would be outnumbered and outgunned. His ally, Tillerson, wanted to negotiate with Iran and opposed summarily terminating the agreement.

If this occurs, the irony will be rich. Trump campaigned as someone who would not be George W. Bush redux. In fact, he specifically denounced Bush in the South Carolina debate for lying about the pretext for war in Iraq. But that was then.

If he goes down the route to war with Iran, he will be George W. Bush on steroids. Bush went to war against Iraq, not Iran, because he knew that it was a much tougher nut to crack. If Trump becomes enmeshed in a new war in the Middle East, his presidency will almost surely go down in history as a catastrophic failure.

Unfortunately, this scenario is all-too-plausible. Ever since 9/11, American foreign policy has taken a dark turn, substituting fear and hubris for reality. It began under George W. Bush, who tapped into the unilateralist traditions of the Republican party, and could accelerate under Trump. Trump’s vast expansion of the defense budget, coupled with his innate belligerence, suggest that, much like Kaiser Wilhelm in August 1914, he may lurch into a war that assumes proportions he never intended, much less expected.

So if Trump goes further down the road of scrapping the Iran deal and hires Bolton, then war looms large. Israeli Prime Minister Benjamin Netanyahu is surely elated. Could this be springtime for neoconservatism?