Arms Control Plus: What Reagan Got Right About Nuclear Deterrence 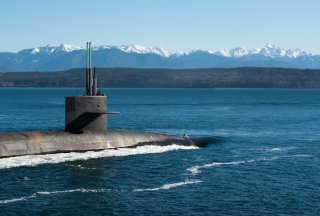 From early 1985 through 1986, the Reagan administration was faced with several difficult strategic nuclear deterrence challenges. Arms control, particularly the call for reductions, was stalled; the Soviets had walked out of the arms negotiations in Geneva; and Congress had just overcome opposition to the administration’s nuclear modernization program, particularly with respect to the dual Peacekeeper and Small Intercontinental Ballistic Missile (SICBM) land-based missile systems.

Despite Ronald Reagan’s landslide re-election in 1984 and the subsequent agreement with Congress to proceed with the full strategic modernization program, including a considerable investment in strategic defense, a problem remained: how to get the Soviets to take seriously negotiations in Geneva over reductions. At the time, the default position had been simply maintaining the Strategic Arms Limitation Talks (SALT) frameworks the United States inherited in 1981. Further complicating matters, the absence of serious arms talks led some in Congress to continually threaten to raise barriers to fully funding nuclear modernization and strategic defense.

On top of which, the 1972 SALT I agreement had expired and the 1979 SALT II deal was never ratified by the U.S. Senate. However, the Reagan administration, in 1981, had agreed on an interim basis to not deploy any strategic nuclear forces in excess of those deployed by the USSR, meaning that there was a general agreement to maintain the status quo regarding deployed strategic nuclear weapons within the SALT framework.

Additionally, the Soviets were not in compliance with several provisions of the SALT agreements, as well as violations of the Anti-Ballistic Missile (ABM) Treaty with respect to a major radar installation at Krasnoyarsk. But nonetheless, the Reagan administration kept U.S. force levels at no more than those allowed by the SALT process.

At the time, after the 1984 election, support for the nuclear freeze had dissipated, but questions about the pace of the administration’s strategic nuclear modernization had not been overcome. This was due in part to new budget concerns underscored by the introduction of the Balanced Budget and Emergency Deficit Control Act of 1985, known as Gramm-Rudman-Hollings, that was designed to curtail discretionary spending.

In a series of meetings in 1985-86, the Reagan administration was concentrating on making sure the strategic modernization effort continued, including deploying 100 Peacekeeper missiles and a companion single-warhead mobile system known as the SICM. The deployment of the Ohio-class with Trident I submarine-launched ballistic missiles and the building of the B-2 stealth bomber and new cruise missile were also key to the program.

In numerous meetings of the National Security Council (NSC) in 1985 and 1986, the administration also wrestled with what kind of interim restraint policy should be adopted apart from the SALT process. At that time, the Reagan administration thought the SALT I and II agreements were inherently flawed given the large, multiple independently targetable reentry vehicle (MIRVed) land-based systems advantage allowed to the USSR.

The modernization and arms control strategy that the Reagan administration produced has interesting lessons for today.

According to declassified NSC documents, the Reagan administration adopted a four-track policy. Its top priority would be to modernize the strategic, long-range nuclear deterrent as laid out in the administration’s November 1981 program of record, but also including the deployment of medium-range missiles—the Pershing and Ground Launched Cruise Missiles—to counter Soviet SS-20s.

Second, the administration continued its support for the Strategic Defense Initiative, a robust research and development missile defense program, which helped bring the Soviets to the arms control negotiating table despite not immediately resulting in missile defense deployments.

Third, the United States adopted an interim restraint policy where it would not deploy any strategic nuclear assets in excess of what the USSR had deployed at that time, but the United States would reserve the right to add forces as needed for deterrent purposes. Restraint would not be based on compliance with arms deals that were no longer in force but on the determination of U.S. security policy.

Fourth, in Geneva, the administration would pursue dramatic reductions in nuclear weapons from the more than 10,000 warheads allowed under SALT to a number some 50 percent less (around 6000)—a limit that was later adopted under the 1991 Strategic Arms Reduction (START) Treaty.

It is worth underscoring this point. Over the period from 1985 through the end of the Cold War and into the post-Cold War period, the United States proposed and then achieved joint U.S. and Russian nuclear reductions in deployed nuclear forces by 90 percent, an unprecedented accomplishment that confirmed Reagan’s vision that one could build and modernize the U.S. deterrent while simultaneously pursuing reductions.

Missile defense research and development added a potential insurance policy against a breakdown in strategic stability and helped prevent the possible use of nuclear forces by rogue elements—whether the USSR, China, North Korea, or even other emerging nuclear nations.

Thus, deterrence plus arms control and defense were proven to be the right formula.

But the Reagan strategy was not readily supported. At Reagan’s first press conference, the president was challenged to explain why a strategy of détente and peaceful coexistence was not preferable to one of peace through strength. Reagan was also asked why the United States should not continue to abide by the SALT arms deals (which allowed for the build-up of nuclear weapons to over 10,000 from the pre-SALT levels of around 2,000 warheads.)

Reagan responded that one could hardly describe the SALT process as “arms control” in that it allowed for a five-fold increase in Soviet nuclear deployments from 1972, to say nothing of the period of the 1970s of detente and peaceful co-existence during which more than a dozen additional nations fell into the Soviet orbit.

What lessons we might take from this era and apply to today’s challenges?

Today, the United States also has an arms control framework, though it only applies to Russia—not China—and does not apply to upwards of 55 percent of all Russian nuclear weapons.

The United States is also relatively in the dark with respect to China’s nuclear forces and what they will be in the future. Although most U.S. intelligence assesses that China’s nuclear arsenal will grow to at least 1,000 warheads, there are other estimates of how fast and to what extent China will build up its nuclear forces.

This lack of transparency with respect to China makes it highly improbable that an arms control deal can be achieved. However, in reacting to criticism of its nuclear buildup, China has for the first time explicitly called for the United States and Russia to reduce their nuclear weapons to no more than the level now held by France, Great Britain, and China. China implied that level would be around two to three hundred warheads.

What is China up to?

It could be China is seeking to curtail U.S. modernization efforts, like the Soviet efforts four decades ago to rope the United States into a nuclear freeze.

In order to jump-start arms control, several U.S. arms control or disarmament organizations sympathetic to China’s call for reductions have called for the United States to dismantle all of its intercontinental ballistic missiles (ICBMs), eliminate between 25 percent and 60 percent of its planned Columbia-class submarines, and end production of the new B-21 strategic bomber and the companion Long-Range Standoff (LRSO) cruise missile or long-range strike option unilaterally. This would reduce U.S. deployed forces to roughly 600 warheads, dramatically less than current force levels.

As Keith Payne, Michaela Dodge, and David Trachtenberg of the National Institute for Public Policy have detailed, there is no historical precedent that unilateral U.S. restraint will result in reciprocal restraint from the United States’ nuclear-armed adversaries.

Without ICBMs, the United States would be limited at best to 192 sea-launched ballistic missiles, each capable of carrying eight warheads for a total arsenal of 1,536 warheads—just marginally above the 1,490 allowed by the New START treaty. This would mean the United States would have no hedge capability in the event of a breakdown in the current arms control framework.

Thus, the U.S. Navy would end up with six submarines—of which four might be at sea at any one time depending upon the tempo of operations—meaning only sixty-four missiles and a maximum of 500 warheads on patrol.

Furthermore, if the B-21 bomber loses its nuclear role and the LRSO missile is not deployed, that air leg of the nuclear triad would be effectively eliminated, leaving the United States with a monad of a limited number of submarines at sea at any one time.

Arms control agreements starting with the SALT process of 1972 up through the extension of the New START Treaty in 2021 all assume that numbers matter. If that is the case, then if China adds 1,000 warheads to its current arsenal and Russia can add thousands of warheads to its arsenal in a breakout scenario, then the New START Treaty as extended puts the United States at a potential three-to-one or four-to-one disadvantage with respect to strategically deployed nuclear warheads.