The Army Must Prepare for the Next Great-Power Competition 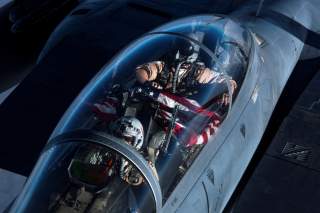 Many Army leaders are proudly proclaiming that “it’s 1973 all over again!” They might be right. But they might be wrong. They hark back to the heady days when the revolutionaries within the Army turned away from the darkness of Vietnam to face a brightly lit future that would lead to victory in Desert Storm. These visionaries, led by Generals Creighton Abrams and William DePuy, coupled with the creative destruction of existing bureaucracies, gave birth to Training and Doctrine Command and Forces Command. Empowered by the U.S. Army’s study of the Israelis overwhelming defeat of Soviet-style Arabs in the Yom Kippur War, they preached the changing character of war, the importance of winning first battles, and the gospel of Air-Land Battle that would lead us to the Promised Land. Military leaders fondly look back on 1973 because they know now that what followed gave the U.S. military a position of dominance on land and in the air that has been unrivaled in conventional warfighting for nearly half a century.

But what if all the turmoil of today—the geopolitics, the technology, the changing character of combat—leads not to 1973 America, but further back and an ocean away? What if it's 1903 all over again in England? The British experience following 1903 isn’t nearly as bright as America’s 1980s and 1990s.

In 1903, the globe-spanning British Empire was at the height of Pax Britannica. It was the most powerful state on Earth, serving as the quintessential “offshore balancer” since the demise of Napoleon at Waterloo. But the British Empire found itself challenged for global leadership by the rising United States and by the Kaiser’s Imperial Germany.

The combat-hardened British Army of 1903 was arguably the best in the world. But Queen Victoria’s wars, from the Dervish in Sudan to the Zulus and Boers in southern Africa to the tribesmen in the Hindu Kush, were the police actions of Empire. The globally deployed British Army prevailed in bloody fights where their Maxim machine guns decimated the sword-wielding whirling dervishes and Zulu Nation. Tommy and the “Thin Red Line” could fight. “Savage Wars of Peace” they’ve been called, but in reality, they were wars against foes that could not match the technology, organization or mass the British Empire could bring to bear.

The year 1903 marked the first time that man took powered flight and Ford’s Model A began the automotive revolution. Military technologies of long-range artillery and the Maxim Gun were changing the character of war in a burst of technological progress. Questions about the military implications of these advancements would soon be answered in the poppy strewn killing fields of Flanders.

Today, the United States retains great diplomatic sway and is the most powerful nation on earth both militarily and economically. Some seventy-five years on, the absence of great-power wars remains Pax Americana’s gift to the world. Today America once again finds itself in a world of geopolitical competition between rising powers and a status quo power, where global economic competition has reached a fever pitch. America is grappling with technological changes that have clear military applications. The American Army is the best in the world. It has fought for nearly two decades at the edge of the map sheets where the dragons live. The American Army is adept at fighting insurgents and terrorists. The courage and skill of the American soldier in close combat is not in question. What is in question is whether or not these wars foreshadow the next or if they are a mirage that distracts us from what combat will be like against equals.

Americans can hope that the present-day acolytes are right and that it’s more like 1973 with its brilliant sunrise and positive future. But if they’re wrong, and it’s more like 1903, then the clarion call is clear. America must prepare like its 1903 in the hope that the preparation made can make it more like 1973. It must invest in disruptive technologies with unsure but promising military applications. The United States must develop artificial intelligence to make its systems and soldiers more informed, more effective, and quicker. It must invest in autonomous systems and robotics. It must lead in hypersonics and their long-range strike capabilities and it must invest in cyber and all its potentialities. Finally, America must invest time into thinking about how it would defend itself from these same developments. For as the British found in 1914, the Germans had the Maxim gun, too.

Americans cannot afford to put on their lime green leisure suits and hope that it’s 1973 all over again without putting in the work like it is 1903, given what happened to poor Tommy in the Great War. If we invest and innovate, then we might just surprise ourselves and deliver another 1973 instead of 1903.

Brig. Gen. Patrick Donahoe is the deputy commanding general in charge of operations for the Eighth Army in South Korea.