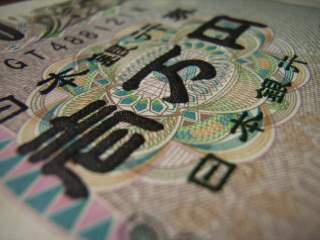 “China containment,” a “U.S. pivot” to Asia or simply a free trade agreement, the Trans-Pacific Partnership (TPP) has been called many things since a deal was finally reached on October 5. For Asia, though, the TPP has created a long list of winners but also some losers, including possibly the world’s second-biggest economy, China.

Having feared another failure after August’s Hawaii talks broke down, celebrations that a deal had finally been done after five years of negotiations could be heard from Washington to Wellington.

“Long after the details of this negotiation like tons of butter have been regarded as a footnote in history, the bigger picture of what we have achieved today remains,” New Zealand Trade Minister Tim Groser said. “It remains inconceivable that the TPP bus will stop at Atlanta.”

U.S. President Barack Obama was quick to congratulate negotiators, describing his trade approach as “leveling the playing field for American workers and businesses, so we can export more products stamped Made in America all over the world that support higher-paying American jobs here at home.”

The president said the TPP “levels the playing field” for U.S. farmers, ranchers and manufacturers by eliminating more than 18,000 taxes placed on U.S. exports, while including “the strongest commitments on labor and the environment of any trade agreement in history.”

But in fuel for critics who have accused the TPP as seeking to “contain” China, despite invitations for Beijing to join the pact, Obama said: “When more than 95 percent of our potential customers live outside our borders, we can’t let countries like China write the rules of the global economy.” He also noted the pact “strengthens our strategic relationships with our partners and allies in a region that will be vital to the 21st century.”

Overall though, the Peterson Institute for International Economics has pointed to significant economic gains from the TPP. It expects the TPP could enlarge the participating economies by nearly $300 billion a year over the next decade, an annual 1 percent GDP gain that “continues indefinitely.”

As the two largest TPP economies, the United States and Japan are expected to account for two-thirds of the estimated GDP gains, while exports of member countries could increase by $440 billion, or 7 percent.

There is the potential for further gains too, should other Asian nations join the partnership. Already, South Korea has expressed interest in joining, while Indonesia, the Philippines, Taiwan and Thailand are reportedly assessing the benefits.

China is also not precluded from joining the TPP, with the Peterson Institute stating: “Within a decade, the trade deal could also become a framework for meaningful bilateral engagement between the United States and China.”

Notably, China’s initial response to the TPP announcement struck a cautious tone, with a Commerce Ministry spokesperson saying, “China holds an open attitude toward [a] system construction that adopts to WTO rules and contributes to Asia-Pacific regional integration.”

However, other Chinese commentators were less restrained, amid suggestions the TPP would provide a competitive boost for rival Asian exporters such as Japan and Vietnam, as well as linking them more closely in Washington’s sphere of influence.

According to comments on China’s Global Times, readers accused the U.S. president of a “Cold War mentality,” saying Washington was “shamelessly tightening the noose around China’s neck” and the communist giant should respond accordingly.

Shen Dingli of Shanghai’s Fudan University told the International Business Times the TPP could potentially cut up to two percentage points from China’s GDP growth rate, which has already fallen to its lowest in twenty-five years.

Shen described Obama’s statement about writing the rules as potentially “racist” and “wrong – everyone should be able to write these rules,” although he noted that trade pacts are not a zero-sum game, with China potentially open to joining the TPP in the future.

For Japanese Prime Minister Shinzo Abe, the TPP deal has delivered a potential boost to the third, pro-growth “arrow” of his hotly debated Abenomics reforms.

The TPP is an initiative to “create a free and fair economic zone among countries that share the same values,” Abe told reporters, with Chief Cabinet Secretary Yoshihide Suga describing it as a “tailwind” for Abenomics.

Having pledged to grow Japan’s GDP by 20 percent by 2020 to 600 trillion yen, Abe is under pressure to deliver new sources of growth for the world’s third-biggest economy, along with the fiscal and monetary stimulus applied by the first two arrows of Abenomics.

According to Bloomberg News, the TPP covers some 28 percent of Japanese trade, with the nation’s auto and car-parts makers set to be the biggest winners due to increased access to the U.S. market. Japanese automakers will also be able to buy more parts from Asia, since the TPP only requires 45 percent of their vehicles to be manufactured in the grouping (NAFTA’s equivalent figure is 62.5 percent).

Japanese consumers are also set to gain from cheaper foods, although the nation’s beef, pork and rice farmers face increased competition due to reduced trade barriers and are likely to be a source of political difficulties for the reformist Abe.

Elsewhere in Asia, Vietnam has been described by the Eurasia Group as one of the biggest winners, with a potential 11 percent boost to GDP by 2025 on the back of an estimated 28 percent jump in exports. Malaysia is also seen benefiting from reduced trade barriers on its exports of electronics, chemicals, palm oil and rubber, while Singapore business leaders hailed the pact as creating “a pathway toward a free trade area for the Asia-Pacific.”

Australia sends around a third of its total exports to TPP nations, and the deal removes import taxes on around A$9 billion (US$6.6 billion) of Australian trade, Canberra noted. The Australian government pointed to benefits for its agricultural, education and manufactured exports, including guaranteed access to the U.S. sugar market for the first time in over 20 years.

New Zealand has also estimated annual savings of around NZ$259 million (US$173 million), with estimated GDP gains of US$2 billion by 2025.

“This agreement will give our exporters much better access to a market of more than 800 million customers in 11 countries across Asia and the Pacific, and help Kiwi firms do business overseas,” New Zealand Prime Minister John Key said.

“In particular, TPP represents New Zealand’s first FTA relationship with the largest and third-largest economies in the world – the United States and Japan. Successive New Zealand governments have been working to achieve this for 25 years.”

With world trade officially in recession and amid sluggish global growth, the TPP has come at exactly the right time for Asia’s exporters. Having reached a deal, though, the next hurdle is ratification, a process unlikely to be straightforward judging by the comments of U.S. presidential candidates including Hillary Clinton.

For Washington though, its much-touted pivot to Asia finally has some economic credibility. Having wrested the diplomatic initiative back from Beijing, U.S. lawmakers would lose enormous credibility in Asia should the pact fall victim to presidential politicking.