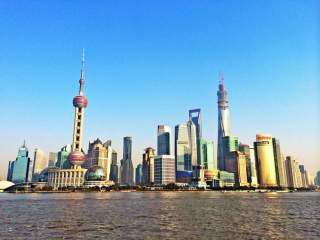 Remember when Japan was set to become the world’s top economy? The risks of such forecasts have been highlighted by this and other fearless predictions, including more recently that China would continue its double-digit growth rate forever and that India would quickly become the “new China.”

However, Asia’s rise to global prominence is no fantasy, with many arguing that the recent emergence of China and India merely reflects a return to the historical economic norm after the postwar dominance of the United States.

Halfway through the twentieth century, the continent accounted for only 20 percent of global GDP, but spearheaded by Japan and South Korea’s “economic miracles,” the rise of the Asian tiger economies of Southeast Asia and China’s subsequent economic boom, Asia now contributes 40 percent of global GDP. According to the International Monetary Fund, it will deliver nearly two-thirds of global growth in the next few years.

Looking into the crystal ball, by 2030 Asia’s top economies are expected to comprise China, India, Japan, Indonesia and South Korea. However, the risks are many, including the potential for a geopolitical or economic shock, including disease, revolution, terrorism or war, that could cause a nation—or the region—to veer off course.

For example, how might China’s growth prospects look if a democratic uprising unseats the communist government, or if war breaks out in the South China Sea? Could South Korea unite with the North? Will Japan finally decide to lower the barriers to mass immigration? And the risks to India could include further terror attacks or even nuclear war.

Nevertheless, on the balance of possibilities, these five nations are expected to lead in Asia by the end of the next decade:

When Deng Xiaoping became the “Paramount Leader” of China in 1978, the country’s economy was faltering beneath the burden of decades of Maoist economic policy. The radical economic reforms that followed opened communist China up to foreign investment, decollectivized agriculture and privatized state-owned industry, propelling China to decades of unprecedented growth that saw it overtake Japan to become the world’s second-largest economy in 2010.

While last year’s 6.9 percent GDP growth rate was China’s slowest in twenty-five years—and may have been overinflated, according to some analysts—the figure still dwarfed that of every major economy in the world other than India. The halcyon days of almost 10 percent average GDP growth per annum, which the nation had experienced since the 1978 reforms, are over. But the economic growth spurts of the world’s most populous country are far from finished.

Backed by an economic restructuring, from exports to domestic demand, and from manufacturing and industry to services and consumption, the U.S. Department of Agriculture’s latest projections forecast that the Chinese economy will grow at an average of 5.2 percent per annum until 2030.

Whether China can achieve these forecasts will depend on Beijing’s success in managing the inevitable slowdown in growth, and tackling skyrocketing debt levels and industrial overcapacity as it slowly restructures from an investment-led to a consumption-driven economy.

For now, the sentiment among economists is that Beijing will rise to these challenges. If that is the case, China’s economy will close the gap on the United States, which according to the USDA is expected to experience growth closer to 2.4 percent per annum through to 2030.

Although on those projections China would narrowly miss out on becoming the world’s largest economy by 2030, it would comfortably remain the dominant economic force in Asia.

If the last few decades have been the story of China’s rise to prominence in the global economy, the decades ahead are seen as belonging to India.

India displaced China as the world’s fastest-growing major economy in 2014, and with 7.7 percent annual GDP growth forecast by the USDA until 2030, the South Asian giant is universally regarded as the next global economic powerhouse.

The IMF has even predicted that India will rise from seventh-largest to become the world’s third-largest economy as early as 2019, aided by its reformist government and its young population that is delivering a demographic dividend.

While low commodity prices have hit the other BRIC economies of Brazil, Russia and China, India’s status as a net commodity importer and consumer has placed the world’s largest democracy in pole position to capitalise from current global market conditions.

As low oil, coal and iron ore prices persist, India’s trade deficit continues to shrink and consumer spending power is on the rise, while its major economic obstacle, inflation, is at its lowest level in a decade.

That is not to say India does not face challenges managing the demands of its impatient populace. But the World Bank sees India maintaining its status as the world’s fastest growing major economy on the back of public-sector investment and positive regulatory reforms, making India a reasonably safe bet to continue as Asia’s rising star.

Not too long ago, Japan was the symbol of Asian economic resurgence. U.S. analysts flocked to Tokyo to learn the secrets of Japanese industry, government bureaucrats were praised for their success in “guiding” the private sector and the hardworking Japanese salaryman was seen driving the world’s new economic leader.

Given that Japan’s economy grew an average of 16 percent per annum between 1960 and 1990 to become the world’s second-largest economy, such predictions were not as radical as they appear now. But after a massive economic bubble that saw asset prices soar to ridiculous heights—at one stage, the grounds under Tokyo’s Imperial Palace were valued at more than the entire state of California—the party ended in the early 1990s.

Fast forward through two “lost decades” to the present day, and the economic forecasts tell a very different story. While Prime Minister Shinzo Abe has sought to stimulate growth through his “Abenomics” policies, his administration has battled headwinds, including the world’s most elderly population, a shrinking workforce and faltering productivity, along with a growing public debt burden.

Between now and 2030, Japan is expected to experience the largest decrease in its labor force, with the OECD urging policies to improve government finances while restructuring the economy and encouraging more women and elderly workers.

Whether Japan can meet the significant economic and demographic challenges it faces remains to be seen. However, the USDA predicts that while India will overtake Japan in the next few years, it will cling onto the title of the world’s fourth-largest economy by 2030.

The world’s most populous Muslim nation is already a heavyweight in ASEAN, and according to forecasters, it is set for further gains in coming decades.

According to McKinsey, ninety million people will join Indonesia’s consuming class—people able to buy items that satisfy their basic needs—by 2030, a larger increase than any nation outside of China and India.

JPMorgan believes ASEAN will become the fourth-largest economic region in the world by 2030, after the European Union, United States and China, and Indonesia is expected to account for 40 percent of this growth.

Yet while the rise of Indonesia’s consumer demand and household consumption is promising for its economic growth over the coming decades, it faces numerous hurdles, including the need to revitalize infrastructure, overcome corruption and reduce its dependence on resource exports to China.

Nevertheless, the USDA appears confident in Indonesia’s ability to reform, projecting it will average 5.1 percent GDP growth until 2030, which would see Indonesia surpass South Korea as the fourth-largest economy in Asia.

South Korea is the second most export-driven major economy in the world, barely trailing chief exporter Germany. Given that a quarter of the peninsular nation’s exports travel to the slowing Chinese economy, it is little surprise that growth is stalling.

The Hyundai Research Institute reports sliding exports and waning global demand is damaging domestic consumption and corporate investment. Coupled with news of widespread job cuts in the manufacturing industry and high household debt, the Korean economy faces its share of problems, including an aging population and shrinking workforce.

However, the OECD believes Seoul is taking the right actions in increasing spending, cutting red tape, signing various free-trade agreements and incentivizing women to enter the workforce, which Korea hopes will be sufficient to improve its lagging productivity.

The USDA appears confident enough in Korea’s response to its problems too, forecasting a modest but respectable average GDP growth rate of 2.8 percent per annum until 2030, leaving the economy comfortably the fifth largest in Asia.

And should the South eventually reunite with the North, it would gain access to millions of extra workers, if it can cope with the budgetary cost of unifying the poor North with the richer South.

Predicting the future of one of the world’s most turbulent regions is always subject to error. As an old joke about economists suggests, they were only created to make weather forecasters look good. But while the nature and speed of Asia’s rise can still be debated, its further economic expansion appears unstoppable for some time to come.